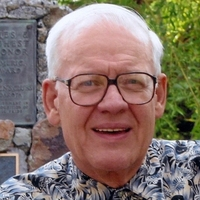 SIOUX FALLS, SOUTH DAKOTA—Roger Leroy Quam, one of the mission founders of the Evangelical Covenant Church of South Sudan and Ethiopia, died Friday, October 1, at Avera McKennan Hospital surrounded by his family. He was 81.

Roger was born on September 27, 1940, in Hawley, Minnesota, to Jenny Louise (Larson) Quam and Andrew Quam.

Roger graduated from the University of Minnesota with bachelor’s degrees in business administration and electrical engineering. He worked in the space program for Honeywell and started his own business, Quality House, in his garage. He ran Quality House, where he employed many refugees and young people, for 15 years.

Roger worked closely with the Lutheran Social Services refugee resettlement program, helping to organize and settle refugees from many countries. He also served as a caseworker for seven years at the Union Gospel Mission.

Rev. Mathew Jock Moses, president of the ECCSSE, remembers how Roger “worked tirelessly and used to drive South Sudanese Christians to church every Sunday while communicating with them through gestures and sign languages. That is where his nickname ‘Lep bap’ was derived from: the term means ‘open the door’ in the Nuer language.”

Roger was preceded in death by his parents, brothers Kenny (at age 16) and Lawrence, and sisters Eileen Walerius, Dorothy Hovelsrud, and Carol Nelson.

In lieu of flowers, donations may be sent to the Union Gospel Mission in Sioux Falls, South Dakota.