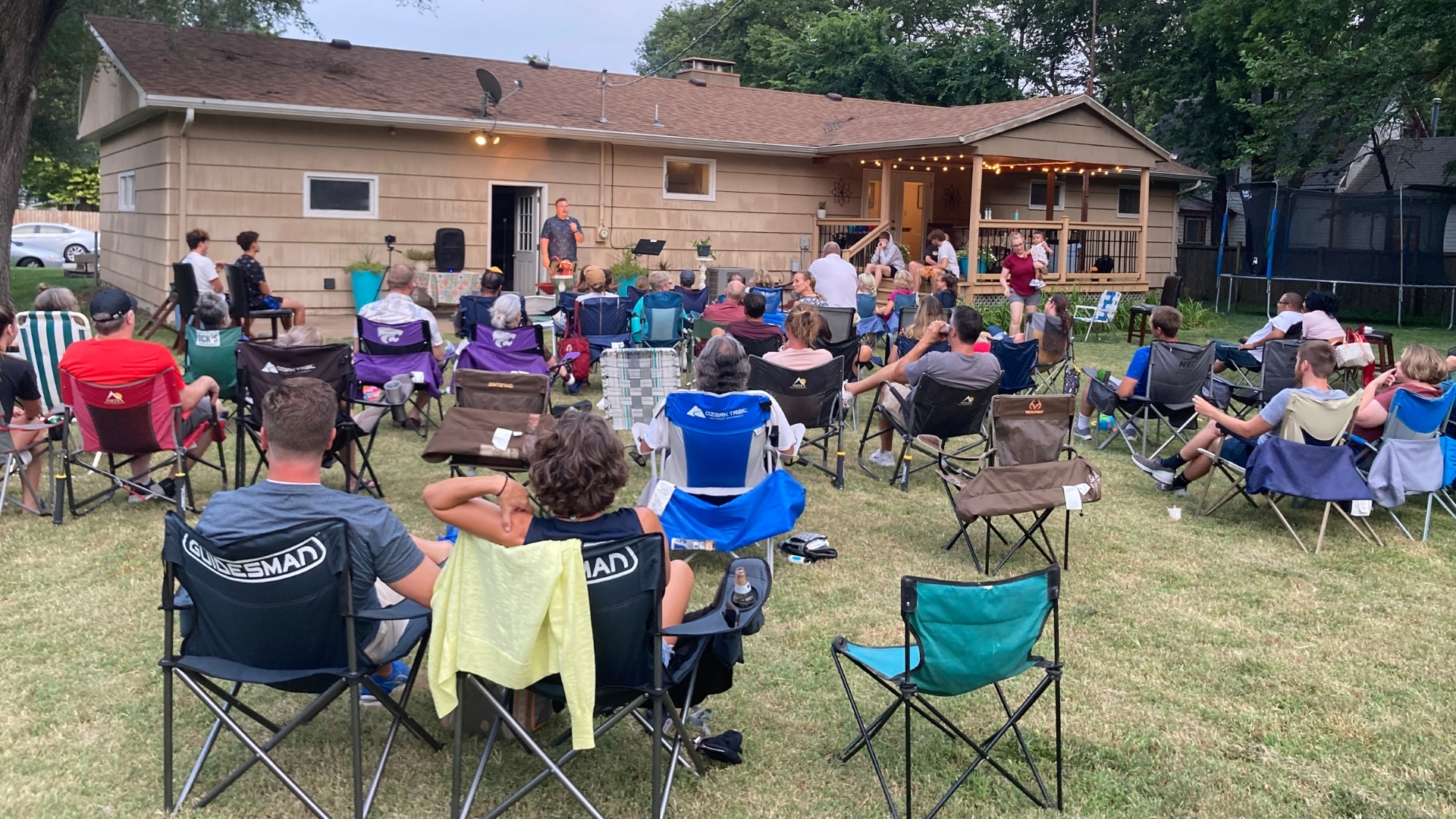 “Kid, you gotta do it if you want to pass the class”

I’m standing in front of my swim instructor in my red one-piece swimsuit with the sailor’s anchor stitched on the front. The swim instructor seems very old and tall, but he’s probably a high school kid. His skin is deeply toasted, and he is so handsome. Like, Tom Selleck, Magnum P.I. handsome. I stare into his mirrored sunglasses and see the reflection of a soggy kid in a saggy swimsuit, unable to please this god of the pool with his zinc oxide and his whistle that he whirls around his finger.

I was afraid to dive in and swim to the bottom to retrieve a sprinkler nozzle. It was the final swim test for the class. All the other kids did it. But I hesitated, standing on the edge, gripping the wet concrete with my toes and then finally shaking my head, “No.” I was too afraid.

Now zinc oxide guy was disappointed in me. I couldn’t figure out which was worse, the deep end of the pool, or his frowning, mirrored face. But I couldn’t do it.

I fear a lot of things. Water, sprinkler nozzles, small spaces, phones that ring late at night. I fear tension at Thanksgiving dinner and loud noises, and yes, I still fear heading down to the basement late at night. (If you saw my basement you would understand. It’s creepy down there.) But I faced a brand-new fear this summer. So, now, not even the basement, can get me.

I did stand-up comedy.

I have a friend who for some nutty reason likes to perform at open mic nights. One afternoon he said, “You know, Dana, you should do this,” and I answered, “Okay.” I don’t really know how that happened.

We performed outside, on a summer evening in Kansas. There was a lot of sweat, and plump mosquitos that liked to land right on your forehead until someone whacked you in the face, which is totally okay in the Midwest.

When I got up onstage, there were crickets. Literally.

Later, my husband told me I did great, and I’ll take his word for it. All I recall is looking out over the crowd during my 15 minutes and that dizzy feeling of gazing down over water, like I might fall. But, Brian insisted, “They laughed at you! They really did!” which is the first time anyone has ever said that in a good way.

I had spent the past year being afraid. I guess we all needed to stop peering over the edge.

Laughter helps that. I’m talking about the healthy, joyful kind—not the middle-school sniggering kind that is as common these days as those fat mosquitos. My standup was about good-for-you laughter that flits about and germinates happiness. So bumblebee laughter, I guess?

Helplessness was my main gig in 2020, and it turns out, laughter can combat helplessness too.

When I started to prepare for that fateful night, I was told my performance needed to be around ten minutes long. I came up with more than an hour of material. Evidently I had a lot of helplessness to work through. Somehow I managed to pare it down.

While working on this article, I asked my son Henry if he thought Jesus would ever do standup. He answered, “No. He’s too busy for that. But maybe he would if he could take on the whole platypus thing with his Father?” Valid point. I wanted to highlight the importance of humor and faith in the Bible, so I kept researching. I asked my husband. “So, babe. Was Jesus funny?” He barely paused. “Totally. Jesus TOTALLY was funny. He’s God. He made funny.” But when I lobbed, “Where is it written?” at him, he vaguely gestured at his Bible, and said, “It’s gotta be in there.” And that was the extent of our Bible study for that evening.

Every Friday night at our house is movie night, and we rotate who picks the film. My sons, Charlie and Henry, each choose something loud. I choose something that sneaks in positive learning moments or has talking animals. My husband either goes with classic westerns or Jesus. The Jesus movies are met with a small sigh, which is against the rules. But I’m the one doing the sighing, and mainly it’s because most of the Jesus movies I’ve seen have a Jesus who is just so very serious. Movie Jesus speaks in a British accent and never once cracks a smile. Movie Jesus wouldn’t whack you if a mosquito landed on your face. Except for the recent airing of The Chosen, which has a Jesus who actually pokes fun at one of his disciples’s dancing skills, I find the typical Movie Jesus to be kind of—dare I say it? Dull.

This is not how I see Jesus. This is not how anyone should see him. Jesus is not dull. Laughter has to fit in there somewhere. The best direct biblical reference I can find that links Jesus and laughter is in the Beatitudes, where he tells us that we will be blessed in our weeping “for we shall laugh.” In Luke 6:19 we see Jesus and “power was coming from him, and he was healing them all.” This sets the stage. Jesus has just heaped blessing upon blessing on all of the sick and the sad who showed up that day, and then he looks directly at his disciples and starts teaching them about life with him in it. He hands them paradox after paradox. It’s messy. It’s unconventional. If you are poor, you will be rich. If you are hated, you will be loved. And yes, if you weep, you will also laugh.

Pain exists, but Jesus did real life with these folks. And I checked, he used the same word, “laugh” in every translation of the Bible that I could find. Jesus knew laughter: he named it, and that’s a big deal.

Children are basically comedians who work for room and board. Quite a few years ago, as we were driving home from preschool, Henry started shouting from his car seat, “JEEZUS! JEEZUS IN DER CLOUDS!” I craned my neck to look up at der clouds when Charlie also started in: “Yep, Henry! Right der! Up in the sky!” My brain rapidly started filing through all the possible translations, but my best guess was pretty cool: JESUS IS IN THE CLOUDS.

Spoiler alert: It was geese that were in the clouds. Plural geese, that is. Geeses, in toddler-speak. This is the kind of material I am given on a daily basis from my children, and these little folks were Jesus’s favorites. He simply had to have a sense of humor to want to hang with that kind of crowd.

For me, humor is a way to break things open that need breaking. It softens us. It can totally flip the script, so we see a different perspective.

Jesus softened hearts. He flipped tables. He stood up. He changed the world. He stands with us as we peer over the edge, and he asks us to jump.

Dana Bowman is a wife, mother, teacher, writer, and runner. She has been  published in numerous magazines and is the proud author at Momsieblog.com. Her second book, How to Be Perfect Like Me, was published in 2018. One day, she hopes to master the skill of making sure all dessert apportionment is completely equal.