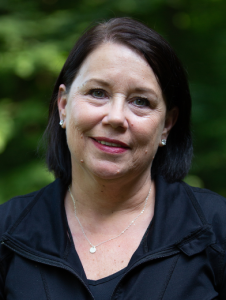 Dana Norton says it was love that transformed the residents of the group home when Covenant Ability Network Minnesota (CANMN) began managing it. The previous operator had pulled out, and Anoka County administrators asked CANMN to step in.

“There was no love in the house and you could feel it,” says Norton, executive director of CANMN (formerly Covenant Enabling Residences) of Minnesota.

She was appalled when she first visited the site. One man who has a medical condition that makes him prone to violence had hurt 80 staff members. As a result, he was restrained in a locked basement. His sisters had to climb through the windows to visit him.

“Dana and her staff essentially rescued the men,” says Ron Dixon, vice president of Covenant Initiatives of Care. “The men were living in horrible conditions, eye hook locks on bedrooms. It was dirty, old, and institutional. The employees drove the people they served around in a ‘caged van,’ which was the term the previous company used when transporting folks.”

The three men who lived there had physically lashed out at staff and property. “None of the previous staff would give those they served respect or love because they thought you would get your hair pulled out,” Norton says. When CANMN stepped in, the residents did lash out at them, but Norton says, “They were testing us.”

CANMN upgraded the physical conditions of the house, provided better meals and more opportunities for the men to have fun. They were persistent in demonstrating that they would not leave despite the men’s anti-social behavior.

As the residents experienced love and began to see that the staff was there for them, their behavior slowly began to change.

“Now you go in, and the men are smiling,” Norton says. “They give you hugs.”

Norton credits the house manager, Gina Osberg, and her staff. They are committed to caring for those they serve over the long haul.

Gina’s husband, Jeff, does maintenance on the house. “The guys love him, and they love to help him—sometimes too much,” Norton says laughing.

The home, which is known as Lakes Place, is 4,250 square feet and sits on 15 acres. “Each person has their own space in the house, so if they’re having a tough day, they can retreat there,” Norton says.

Norton has been serving as executive director of CANMN for 24 years. The nonprofit serves 35 people in ten homes in Minnesota and is part of a larger network of homes in Minnesota, Michigan, and Illinois, which are overseen by Covenant Initiatives of Care, a ministry of Covenant Ministries of Benevolence.

Ron Dixon, vice president of Covenant Initiatives for Care, says the county’s initial decision to reach out to Norton is a testament to her reputation, as well as the staff at the other CANMN homes.