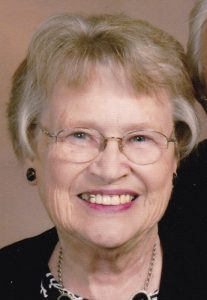 They served First Covenant Church of Moline, Illinois, for 25 years.