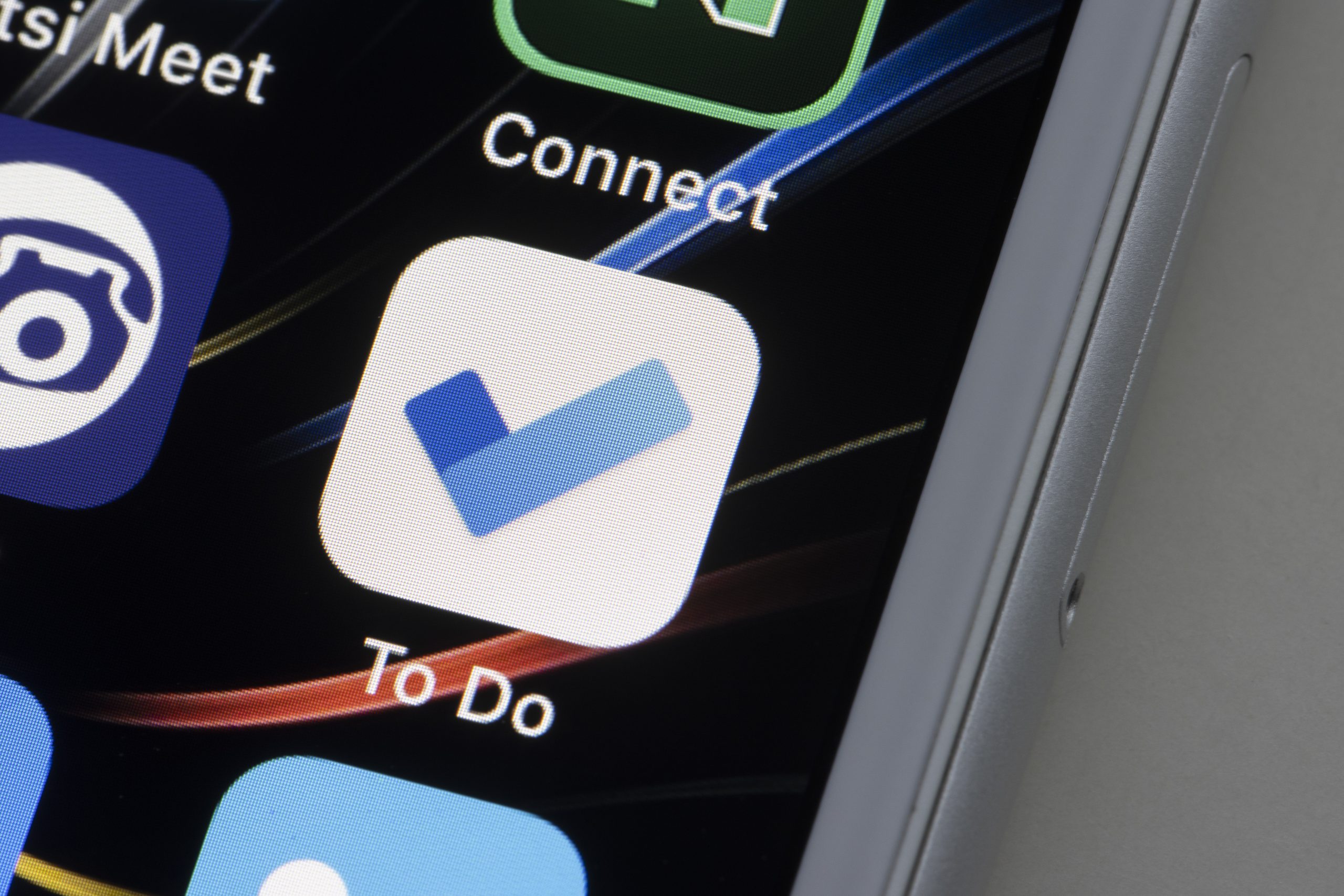 One of the subtly painful things about aging is acknowledging the changes in my relationship to technology. From the time I was a teenager until well into my 30s, I was known as an early adopter of new models of smartphones and computers. When someone (usually older than me) had a problem with some app on their phone, they would come to me to figure it out.

But I’m less invested in the new-is-better ethos of tech hype. I no longer get excited about new firmware updates and new operating systems. I’ve learned to be comfortable and productive with decade-old software.

And there’s one app that I just can’t seem to conquer my fear of.

Which is weird, because it’s a productivity app, and I like the idea of being productive. Then again, maybe that’s why I have such a problem with it.

Every few months, I go through a cycle of becoming overwhelmed with tasks and responsibilities, so I turn to whatever handy-dandy to-do list app I’ve got on my phone. Feeling inspired, I begin loading it up with all kinds of things that I want or need to get done. I dutifully begin checking the boxes and feeling content with my progress.

But eventually I hit a snag. Maybe someone fails to return a phone call. Maybe I took too long to send that email. For whatever reason, one of the tasks does not get done. In my brain, I know the logical thing to do is either modify the task in some way to account for the setback, or just delete it and move on.

But I don’t. I usually just close the app and do something else. However, the widget on my home screen remembers that choice, so every time I scroll past it on my phone, it keeps reminding me of my failure, which then compounds my unspoken resolve to ignore it.

No. Go away. I don’t need that reminder right now.

Honestly, it comes down to fear. I’m afraid of feeling like I failed, and if I open that app, I’ll have to confront my own failure, no matter how large or small.

This reminds me of Paul’s encouragement to Timothy: “God has not given us a spirit of fear” (2 Timothy 1:7, NKJV). It’s instructive that before Paul gives this admonition, he tells Timothy to fan into flame the gifts God has given him.

What if the stirring up of our giftedness
is one of the things that results in fear?

What if the stirring up of our giftedness is one of the things that results in fear? What if the areas where we feel called to action are so emotionally weighted that fear lurks in the background—not just a fear of failure but maybe even a fear of success? If we complete that task, then the future we’ve only imagined in the abstract might come to actual fruition, and what if it changes things for us in ways we aren’t totally prepared for?

The only way the cycle ends for me is when my conviction around my own gifting is strong enough to override my fear of confronting my failure—when I’m secure enough, confident enough, or just plain desperate enough to admit I screwed up and the world did not end, that Jesus still loves me and so does my spouse, and I’ll be okay if I can keep moving forward.

But I can’t do any of that if I don’t first acknowledge the failure and feel the pain and insecurity that echoes many, many other failures.

It’s also instructive that one of the most quoted set of verses in Scripture, one that appears in countless worship songs and is quoted by countless numbers of preachers, shows up in a book called Lamentations. Only by taking honest stock of our shortcomings and living in full lament of them, can we properly ingest this redemptive thought: “Because of the Lord’s great love we are not consumed, for his compassions never fail. They are new every morning; great is your faithfulness” (Lamentations 3:22-23, NIV).

Turns out, I’m old enough to remember when apps were called applications. Maybe this was the application I was looking for all along.