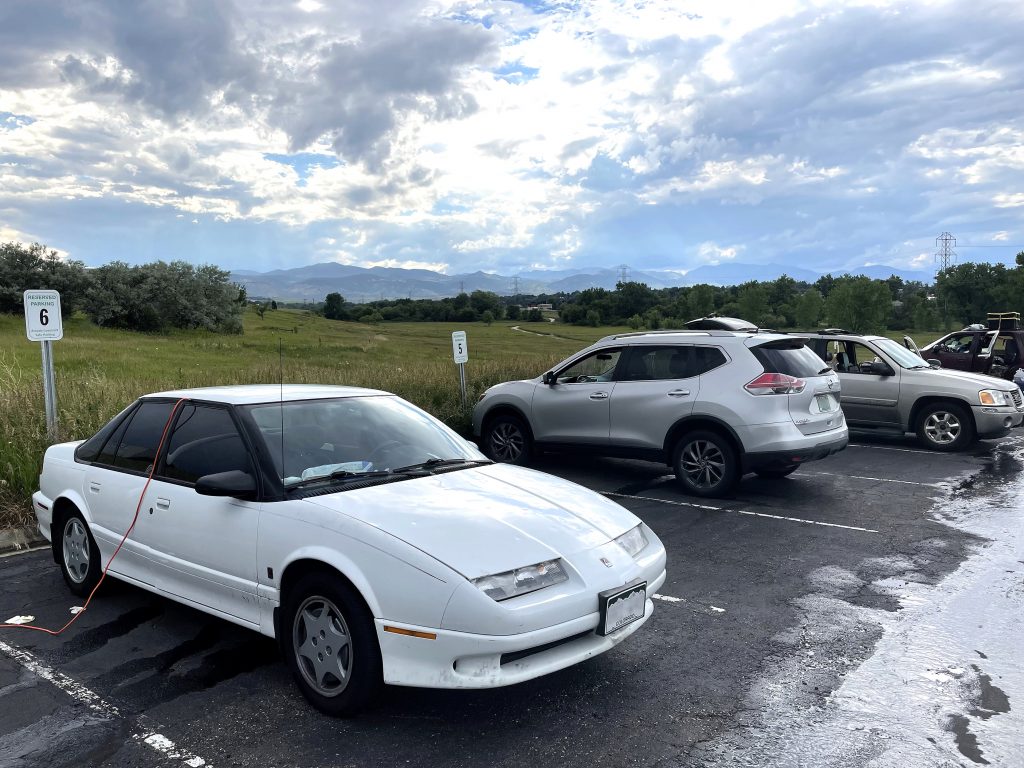 Each night a group of cars park in the Arvada (Colorado) Covenant Church lot, where people living in their vehicles can spend the night without worrying for their safety.

The church is working with the nonprofit Colorado Safe Parking Initiative (CSPI) to provide spaces for up to seven cars. People who sleep in their cars often are victims of violence and harassment when they park on the street, according to the group.

Hundreds of individuals and families are estimated to be sheltering in vehicles in the Denver metro area, CSPI says, with nearly a thousand statewide. Advocates say those numbers may be under-representative because surveys tend to exclude or undercount people living in their vehicles.

Some of the guests, as the church refers to them, have jobs but don’t make enough to afford rent, says Karen Baer, the church member who oversees the ministry. By not charging rent, the church hopes to help them save enough money to get back on their feet.

Without intervention and support, many people who live in their cars fall deeper into homelessness and may eventually end up on the streets, according to CSPI.

Some have been parking at the church for months, while others stay just a few weeks. “We don’t have any expectation for how long they stay with us,” Baer says. “We don’t give them a deadline.”

“I can already see hope their eyes, now that they have someone to specifically advocate for them rather than their cases being among the hundreds that can be assigned to a state worker,” Baer says.

The people using the parking spaces access electricity through sockets built into light poles the church erected several years ago. Gas grills are also connected to lines that run to the site.

Hosts are required to have a Porta Potty on site. When the units the church brought in blew over due to high winds, some members laid down a concrete base. The church replaced the units with ones large enough for people with disabilities.

They also constructed a privacy fence where guests can change their clothes. Grants obtained through the CSPI help cover much of the cost.

The parking initiative screens candidates, a process that includes police background checks. The church interviews them as well. They receive a pass for the lot and one of the designated parking spaces. The program works with an organization that provides shelter when the weather turns severely cold. The church purchased canopies that guests can sit under during times of intense heat.

Baer says one of the best parts of the program is watching people develop community together, especially during the summer hours when the days are longer and the weather is warmer. When one woman whose car had broken down needed a ride to a physician appointment, another guest who works in food delivery drove her.

Sometimes the guests attend church. Recently one individual told Baer, “You know, I used to refer to this as ‘the church,’ but now I call it ‘my church.’”

Baer says it is a thrill when people find a stable housing situation. One person was able to get a student loan, enroll in community college, and afford an inexpensive apartment.