Humanity is a complex system, with patterns of social cohesion, norms, and other characteristics that exhibit themselves in how humans gravitate into groups. Group behavior often involves debate over social priorities, spawning intense ideological disputes that have been with us from the Fall. These disputes have become amplified, dividing even the Christian community as a cacophony of voices contends for various views of what is right and what are rights. The noise emanating from the system can be deafening and disorienting.

Fortunately, God sees and hears the chaos threatening to engulf us. He promises to gather up his children and bring us back to the safety of his sheepfold, where he will shelter and calm us, turn down the volume, and restore peace, equilibrium, and fruitfulness.

Lord God, you see us, hear us, and rescue us from chaos. Attune our hearts to the Good Shepherd, who offers protection and grace, that we may not only live, but flourish under your care. AMEN.

Two friends in line at a coffee bar: “Hi! how are you?” “Fine.” “See you later!” As Friend #2 picks up his coffee and turns to leave, he realizes that “fine” doesn’t really describe the less-than-cheerful mood he’s feeling inside. In fact, it’s been a while since joy was more than three letters strung together.

I’m sure David could relate. But rather than stuff his emotions inside and hide behind a strained smile, he unleashes them on God. His prayer is raw, angry, desperate—and transformative as David rises, with joy in his heart, to worship the God who hears.

Without periods of desolation, how would we know joy?

Gracious Lord, thank you that in our times of darkness, we can know that we are on a road to joy. AMEN.

Tired and hungry from a long day’s work, the disciples jump into a boat with Jesus, wanting to grab a bite and some rest at a quiet spot. But a huge crowd of townspeople runs along the shore and overtakes them just as they are looking forward to rest.

Jesus sees the crowd of people and notices how they mill around aimlessly, like sheep without a shepherd. Feeling compassion for them, Jesus changes the agenda and chooses to feed the crowd’s spiritual hunger.

What would happen if I put my desires on hold to meet another person’s need? Perhaps it’s asking someone with a cart piled high with groceries to take my place in line? Where might Jesus be calling me to make room in my day for a holy inconvenience?

Lord Jesus, open our hearts to the needs of those we encounter along our walk, and nudge us into the way of blessing by putting our agenda aside to meet the need of another. AMEN.

Picnic on the Lawn

Jesus has been teaching the 5,000 for several hours. The disciples, noting the late hour, suggest to Jesus that he disperse the crowd to go buy food. Jesus momentarily pauses his teaching to look over his shoulder, telling the disciples to feed the crowd, and turns back to teaching.

With protest, the disciples gather up some scarce rations. They seem to know not to argue with the Master, and they present Jesus with two fish and five loaves of bread. Jesus asks them to organize the crowd into groups for a picnic on the grass. When all are settled, Jesus blesses the food, and it is miraculously multiplied as it is distributed to the crowd.

I wonder what the disciples thought as the meager food they rounded up continued to multiply in the hands of Jesus. What was it like to suddenly be participating in a miracle?

Lord Jesus, may I always be ready to step into the audacity of your story, knowing that when I yield to allow you to work through me, you will always supply the feast. AMEN.

The Sea of Galilee is a shallow lake situated in a natural wind tunnel between two mountain ranges. These conditions combine with rapid atmospheric changes to churn up ten-foot waves, putting small craft like the disciples’ boat in peril.

Once my kayak and I were caught in an afternoon squall on a large Alaskan lake. The threat of capsizing was real as large waves crashed over my deck. In the teeth of the wind, I focused on my paddling rhythm, while praying for the wind to subside and that each stroke would bring me closer to safety.

Like the disciples, I made it safely to shore with some divine intervention. I prayed that Jesus would calm the waves; instead, he gave me the skill and strength to paddle to safety. Amid deep trouble, we can get so focused on the present situation that we forget the miracles Jesus has done for us even five minutes before.

Lord Jesus, in times of trouble pull our gaze toward you with confidence that you are continually with us and able to save. AMEN.

While sorting sewing thread recently, I noticed some spools marked “made in West Germany” and was reminded of the Berlin Wall, which fell in 1989. The wall, erected in 1961 by East Germany’s totalitarian government, divided the city of Berlin into east and west portions and was heavily fortified to prevent people from fleeing into the West. Behind each side of the wall, people of a common language developed different cultural norms. With the demise of the wall, one Germany began to emerge, but full unification was not immediate.

The body of Christ is comprised of many members, representing a variety of cultures, traditions, and opinions. As in Paul’s day, friction persists and walls have arisen between us. Praise God that Christ himself is our peacemaker, breaking down the walls that divide us, not with a bulldozer or political détente, but through the cross and his resurrection. We are even now being joined together in one new, marvelous humanity, reconciled to God by Christ.

Lord Jesus, may we run with joy over the rubble of ruined walls of division, and into the freedom of your peace. AMEN.

The cornerstone of a building is the first and most important part of the foundation—a single, solid stone. It sets the orientation of the building, and all the other stones or bricks are laid down in reference to it. Random stones simply stacked on each other do not make a durable building. They must be laid upon the cornerstone and worked with a chisel to fit them tightly together. With Jesus as the cornerstone, people from near and far are joined together as a dwelling place for God. Fired from clays of different minerals and colors, each one brings texture and beauty to God’s house. Christ is the craftsman who, with the Holy Spirit, does the exacting work of fitting the bricks so the building will stand and endure atop his shoulders.

Lord, shape me and fit me. Use me. Place me in the unity of your people to the glory of the everlasting God. AMEN.

About the Author: Mitzi Barker 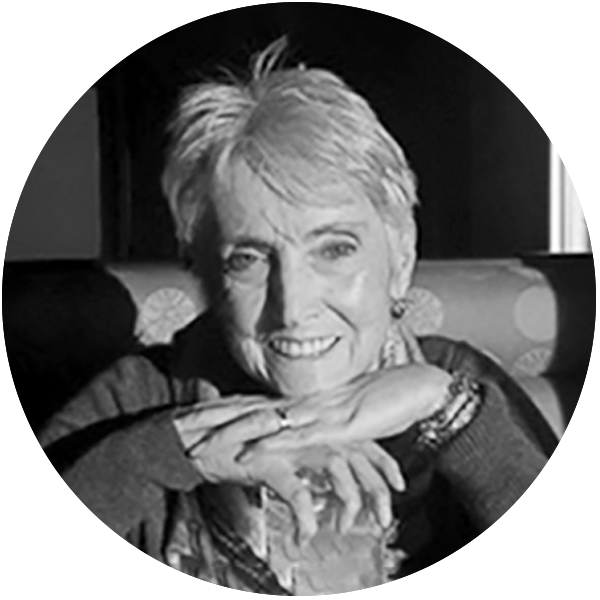 I am a spiritual director and 30-plus-year transplant to Alaska. My husband Randy and I live near Anchorage, where we worship with Eagle River Community Covenant Church. Originally from Oregon, I grew up in the San Francisco Bay Area before returning to Oregon, where Randy and I met at Willamette University. His Air Force career took us to Mississippi and Colorado before arriving in Alaska, where I took up sea kayaking. When not engaged in outdoor activities, I enjoy making art quilts. I received my spiritual direction training at North Park Theological Seminary and recently retired from a career in community planning and development.