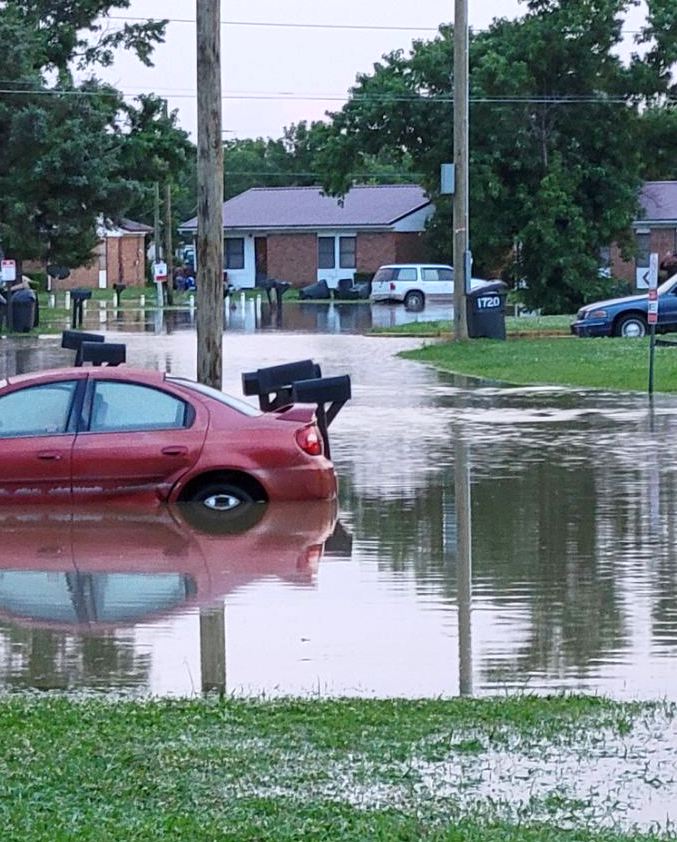 Volunteers are being sought to help muck out and gut homes in Mound Bayou, Mississippi, which was hit with flash floods last month when some 14 inches of water fell on the area.

As many as 80 families were forced from their homes, said Darryl Johnson, pastor of Walk of Faith Covenant Church. At one point, many of those who were displaced were sleeping on air mattresses in the church. Three people were still housed there this week, but Johnson said arrangements were being made to find housing for them.

“Not everyone has family or friends they can stay with, or afford a hotel,” he said.

The heaviest rainfall drenched the area June 7-8, and rain continued over the next several days. When the storm hit, flash floods caused water to rise several feet within an hour. Some residents had to be rescued by boat.

Mound Bayou was founded in 1887 by people who were formerly enslaved, including Johnson’s ancestors, on land no one else wanted. Once called “the Jewel of the Delta” by Teddy Roosevelt, it was also lauded by Booker T. Washington.

Today, it has some of the lowest average income in the Mississippi Delta, said Johnson, who previously served as the town’s mayor.

Merge, a ministry of the Serve Globally mission priority, will begin leading rebuilding teams to the area in September and is making  arrangements to house and feed volunteers at a church in nearby Cleveland, Mississippi.

Love Mercy Do Justice, a mission priority of the Evangelical Covenant Church, has sent disaster relief funds. People can contribute online and designate that the funds go to Mound Bayou relief.

Merge also will be leading rebuilding teams to Leesville, Louisiana, which twice was hammered by storms in 2020. Teams were unable to travel there due to Covid-19.