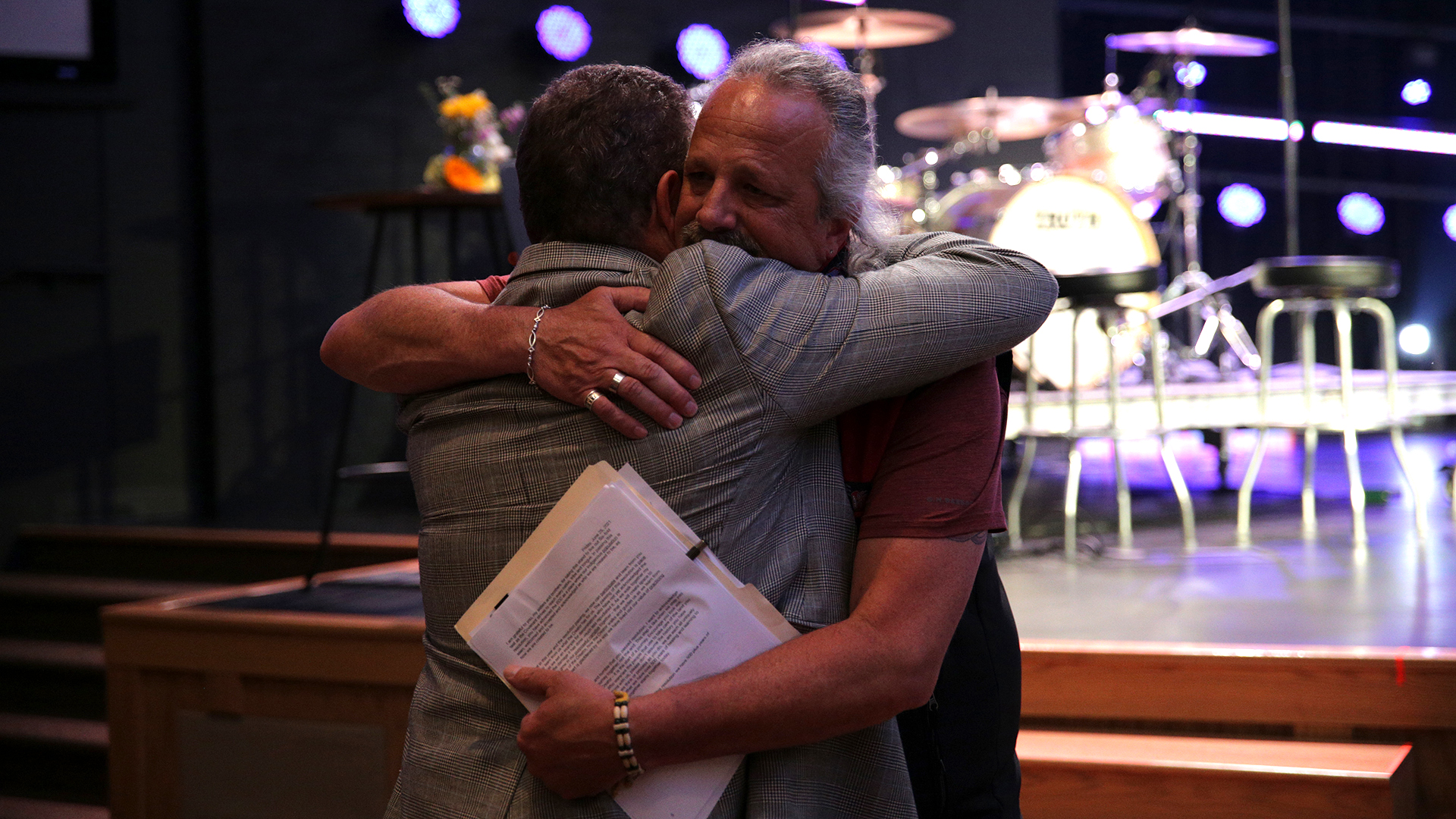 TJ Smith, president of the Indigenous Ministers Association, and President John Wenrich embrace after delegates vote to approve the Resolution to Repudiate the Doctrine of Discovery.

Delegates to the 135th Annual Meeting of the Evangelical Covenant Church voted overwhelmingly to approve the Resolution to Repudiate the Doctrine of Discovery brought forth by the Christian Action Commission.

In introducing the resolution, TJ Smith, president of the Indigenous Ministers Association, recounted the emotional, physical, and social damage caused by the Doctrine of Discovery. “This resolution aims to set the table so that we can be seen,” he said. “The Doctrine of Discovery impacts us all—we proclaim and demonstrate the gospel of Christ together. I invite you to hear our story with an open heart.”

Other Indigenous leaders, including Alaska Conference superintendent Curtis Ivanoff, who is Inupiaq, and Lenore Three Stars, who is Lakota, shared stories of how the doctrine had ravaged their people.

Supporters of the resolution said the doctrine and its impact have not been included in most school curriculums. “Please don’t assume the history that you’ve learned is our history,” Smith said.

Smith gave special thanks to Three Stars and Hawaiian Covenant minister Jim Sequeira, “who through their fight and their life, their prayer was to be able to be seen as a Lakota woman and a Hawaiian man. These elders have carried the weight of our invisibility and have fought long and hard to be seen and heard.”

More than five years of study and writing went into preparing the resolution. Delegates voted down a resolution to send it back to the Christian Action Commission for refinement.

The resolution is intended to promote ideas for meaningful individual and corporate action toward healing.

“In passing this resolution, you have advanced the Covenant as a place where we as an Indigenous people and population are seen and welcomed,” an emotional Smith said after the vote. “Every treaty the US and Canada has made with Indigenous people has been broken. Today you didn’t break a treaty. You honored a treaty.”

Much remains to be done, he added. “While I am humbled and honored that you passed this resolution, this is a first step in our journey, not the end.” He struggled through tears as he told delegates, “May the Creator bless you and the Creator keep you.”