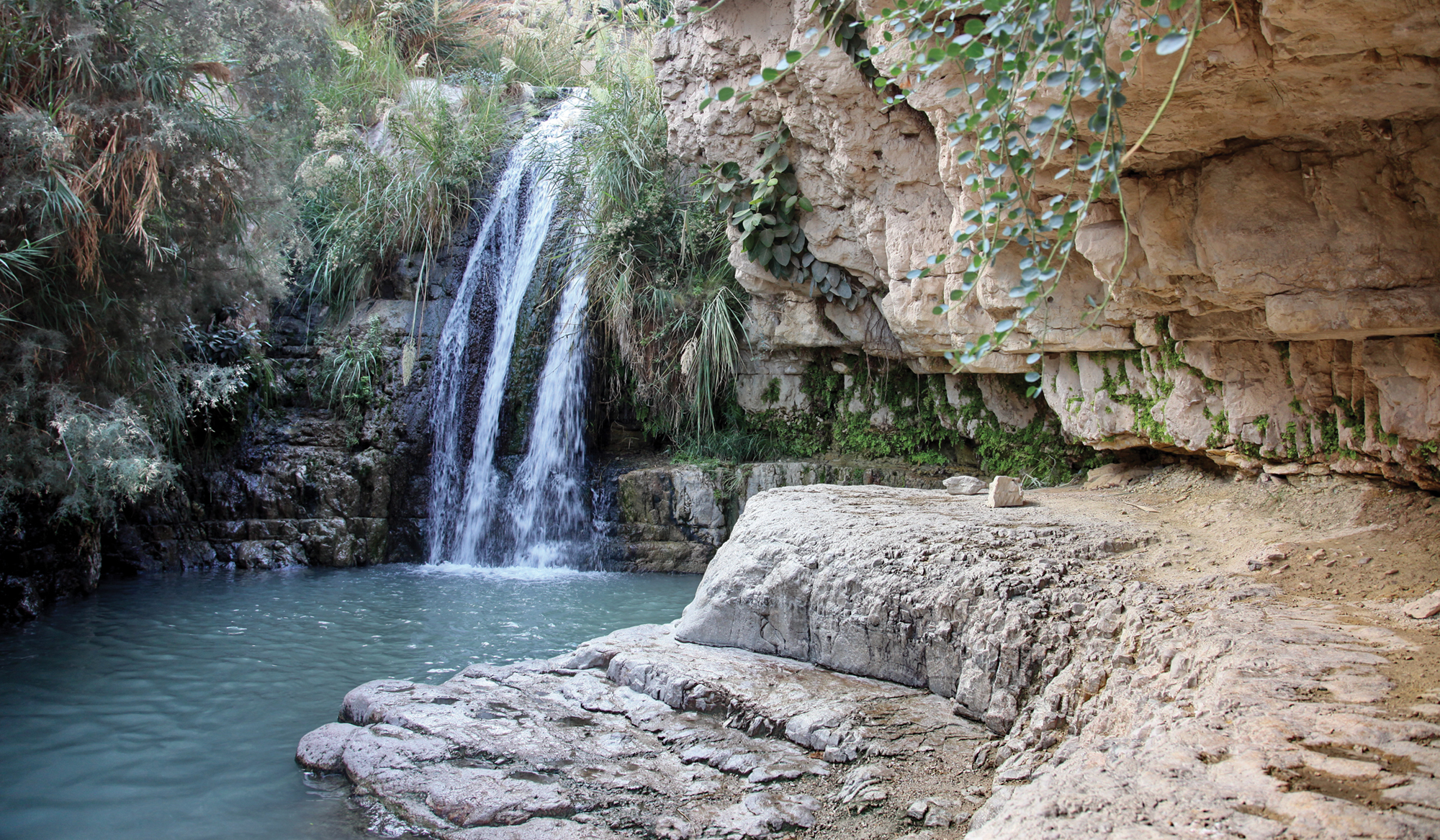 How can we rediscover our mother tongue?

One of my regrets in life is that I never learned to speak another language fluently. When I studied Spanish in school, I had a decent memory and comprehended the grammar. However, I never was able to get to the point where I could think in Spanish. That would have required full immersion, and I never spent time abroad to teach my brain to stop translating everything from English to Spanish and vice versa.

My husband, Winston, on the other hand, is fluently bilingual. He immigrated to the U.S. from China when he was almost eight years old—old enough that he didn’t lose his Chinese language, because that was the language his family used to communicate (and still does), but young enough that he was able to learn to speak English without an accent.

When we had kids, I told him, “This is great. You can speak Chinese to the kids, and they’ll grow up bilingual just like you.” He agreed.

But it didn’t last long. He said he couldn’t switch his brain back and forth that easily. He definitely thought in English, so to speak in Chinese all day was a significant effort. So, our kids remain monolingual.

A few years ago I came across an article titled “The Strange Persistence of First Languages,” by Julie Sedivy, a former linguistics professor, in which she shared her story about immigrating to Canada from the Czech Republic when she was two years old. As she assimilated into North American culture, she lost her native tongue, Czech. She was more interested in adopting the language of her new culture than in tending to her ancestral roots. Mastering English brought rewards: the approval of her teachers and peers, expanded career opportunities, etc. Her Czech language did not seem to be worth much in this new culture, and she distanced herself from it.

English became the language in which Sedivy formed her independence. Her Czech language memories became diluted by new memories, laced with North American aspiration and individualism. She writes, “It’s as if my parents’ life in their home country, and the values that defined that life, didn’t translate credibly into another language; it was much easier to rebel against them in English.” Her father gradually became frustrated by his powerlessness to pass on his legacy to his children and when they grew up, he moved back home to the Czech Republic.

When her father died suddenly, Sedivy keenly felt the loss, not only of him but also of her Czech language because he was the only one she spoke it with.

Sedivy cites research that supports the importance of maintaining one’s heritage language and the way doing so enhances well-being. One study found that Native American youth who lived in communities where fewer than half of the members spoke their Native language were six times more likely to commit suicide than in communities where the majority spoke the Native language. The cultural continuity of shared language can provide resilience through a cohesive self-concept. Conversely, those who lose their Native tongue become unmoored from the entire culture that shaped them.

Scientists have found that those who experience “language decay” show accelerated ability to relearn the forgotten language later. Cognitive remnants of the old language simply need to be reawakened and much of it comes rushing back. The brain remains mysteriously devoted to the language of childhood.

When Sedivy visited her home country, she initially felt like her Czech was a vestigial organ, clumsy and awkward. But within weeks, she had relearned so much that she felt as though she had linguistic superpowers. “There was a part of me,” she writes, “that only Czech could speak to…English was the language in which I forged my independence…but it was in Czech that I was nurtured, comforted, and sung to.” 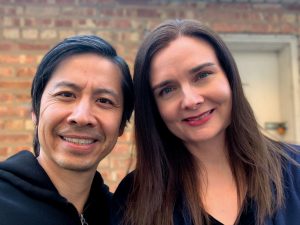 My husband confirms that experience. He says his Chinese vocabulary is juvenile, and that speaking Chinese feels mostly out of place in his current context.

Yet although he feels “American” in his head and his thoughts are almost entirely in English, he is aware of a change that occurs in him when he speaks Chinese, especially for a prolonged period, such as with relatives. Then, the pathways to China are immediate.

This is especially true with language around food. His favorite dish from childhood was salted fish. When he names that in English, it evokes no sensory response. But when he hears its Chinese name, haam yu, it carries sights, sounds, smells, and memories of childhood. It’s transportive. He says it’s a real thing to want to speak your native language in certain situations.

Sedivy also comments on her love of gardening, a Czech cultural value that she inherited. She talks to her plants in Czech as her father used to do. My husband, who is a bonsai enthusiast, does the same thing. He speaks to his bamboo plants in Chinese, because they remind him of home. He says there is something satisfying and primal in doing this; it feels more real. The values of your native culture become imprinted on you as you learn and move within the language.

I provide water in the wilderness and streams
in the wasteland, to give drink to my people,
my chosen, the people I formed for myself
that they may proclaim my praise.

One morning at a church planting training event, Covenant minister Debbie Griffith-Samuels led us in a time of lectio divina on Isaiah 43:18-21. We read and re-read the passage to allow God to speak to us through it. In that contemplative and prayerful practice, I was particularly moved by these words: “I provide water in the wilderness and streams in the wasteland, to give drink to my people, my chosen, the people I formed for myself that they may proclaim my praise” (vv. 20-21).

Here God is speaking tenderly to Israel, his chosen ones—the people he formed for himself that they may proclaim his praise. In that moment of savoring the text, I realized that for me—for us—the Word of God is our heart language. It is our native language in which we were whispered to. Perhaps we have no conscious memory of it. Perhaps we were taught it when we were woven together in the secret place, in the depths of the earth. And perhaps we’ve drowned it out in the process of learning the language of our individuation.

Old Testament scholar Walter Brueggemann says the writer of this Isaiah passage is speaking to the Israelites in exile in Babylon. The author of Isaiah 40-55 is referred to as Second Isaiah and has been called the Poet. This writing is some of the most well-known in all of the Bible, because of its beautifully lyrical and poignant words of comfort to Israel, as well as its famous suffering servant passages.

The exiles had seen their city and their temple destroyed, and along with it, their entire self-concept. Their reality now consisted of Babylonian definitions and philosophies. Everything around them seemed to say, “Babylon rules the world.” It probably seemed hopeless, as if God had abandoned them.

The people required a poet like Second Isaiah to ignite their imagination of what could be. The poet told them afresh who they were, who God is, and what ultimate reality consisted of. When Isaiah tells Israel, “Forget the former things; do not dwell on the past. See I am doing a new thing! Now it springs up; do you not perceive it?” (v. 18), he is telling them to forget the reality of the last 50-plus years in exile. Because that was not the true reality.

The words hold power for an alienated community who had suffered shattering devastation and loss. The prophet recalls the Exodus story and God’s provision in the wilderness. And he uses collective memory to cast a vision for a new future in which God’s people are again liberated and called home.

This message of homecoming would have lost its power if it had not come out of a long season of exilic discontent. Eventually, Israel’s self-concept as a suffering servant helped them to survive. Embracing pain is necessary before creative imagination can be released.

This concept of growth through suffering is embedded throughout the work of Catholic priest and spiritual writer Richard Rohr. In Falling Upward, Rohr makes the case that there are two halves of life. The journey of the first half is primarily occupied with establishing identity, creating boundaries, seeking security, and building a “container,” i.e., an ego structure, which we need in order to face the chaos of real life.

Many people never leave the first half of life. It’s about rules, order, and boundaries, and some of us like to cling to those at all costs. Or we learn to play the rules of the game so well that we become successful, and we like the trappings of success, which feed our egos, so we keep doing this dance, thinking this is the purpose of life.

But, Rohr argues, of course that is not the case. Everyone faces some great failure or disappointment that our first half of life containers cannot hold. And so they crack. That is when we are invited into the journey of the second half of life. This half is about finding God, and in the process, our true selves, when we go deep into the pain and allow ourselves to be transformed. It’s about going down to go up, or, as Rohr calls it, “falling upward.” It’s what Jesus was talking about when he said, “Whoever wants to save their life will lose it, but whoever loses their life for me will find it. What good will it be for someone to gain the whole world, yet forfeit their soul?” (Matthew 16:25-26, NIV). It’s the death of the ego, the false self, that allows us to be opened up to the love and grace of God—and thus find our true self.

You could say that it is like relearning our native tongue, which may have been forgotten or fallen into disuse. Perhaps it was eclipsed by learning the language of your individuation—the language you learned in order to build your container, to succeed, even to rebel. But perhaps, as the case with first languages, enough vestiges of our native tongue remain in our brains that they can be re-animated and inhabit us once again.

My revelation came in the midst of practicing lectio divina with a Scripture passage. I find that engaging in a deep, spiritual reading of the Word can awaken me to deep truths that I half-knew but have lain dormant. Perhaps it’s the same for you. Or perhaps it comes when you journal and reflect on a life event that you know holds deep meaning. Perhaps it’s when you hear the still, small voice in a moment of decision. Or it comes as you are exposed to the awesome and terrible beauty of nature, and the deep wisdom of the natural life cycle, including the rhythm of death, rebirth, and new growth.

It is all God’s Word. It is all God’s Spirit. It was imprinted on us and implanted in us while we were in the depths, in eternity. When we access it (which is all a grace, by the way, nothing about it is earned), and the more we live in its reality, although it may feel strange and awkward at first, the more we do it, the more easily it flows and the more we feel like we’ve come home—it’s our true self, speaking the mother tongue. It is God giving drink to his people, whom he formed for himself, that they may proclaim his praise.

Danielle Ng serves as director of credentialing for the Develop Leaders mission priority of the Covenant. She is married to Winston and is mom to three children. In addition to daydreaming about future travel plans, she loves classic Star Trek episodes and ’70s classic rock.