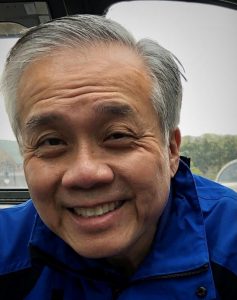 MISSOURI CITY, TEXAS—Evangelical Covenant Church pastor Edward Lee, known for his commitment to racial reconciliation, died May 27. He was 62.

He earned a bachelor of science degree in Christian education from Biola University and master of theology and doctor of ministry degrees from Dallas Theological Seminary.

He served as the English pastor of two Chinese congregations—Fort Bend Community Church in Missouri City, one of the largest Chinese churches in the country, and Dallas Chinese Baptist Church.

Lee was serving the Dallas church when he rescued several teenagers from a burning van that was hit by a cement truck. The vehicle was among several taking a group to camp. Lee, who was driving one of the other vans, ran to the vehicle on fire and pulled the teenagers to safety.

In 2007, the Lees planted Mosaic Community Covenant Church in Sugar Land, Texas, after sensing a call to start a multiethnic congregations in one of the country’s most diverse counties. He initiated city-wide youth and young adult camps, mentored young leaders, and led multiple mission trips around the world.

He served on the Covenant’s Board of Pension and Benefits, as chair of the Midsouth Ministerium, and on the denomination’s stewardship commission.

Survivors include his wife, Alice; children Melissa Emerson (Anthony) and Matthew; and one grandchild.

A celebration of life service will be held at 9:30 a.m. on Saturday, June 5, at Kingdom City Houston Church. It will be viewable via livestream through YouTube and Facebook.

A burial and committal service will be held at noon on Saturday at Forest Park Westheimer Funeral Home and Cemetery in Houston.