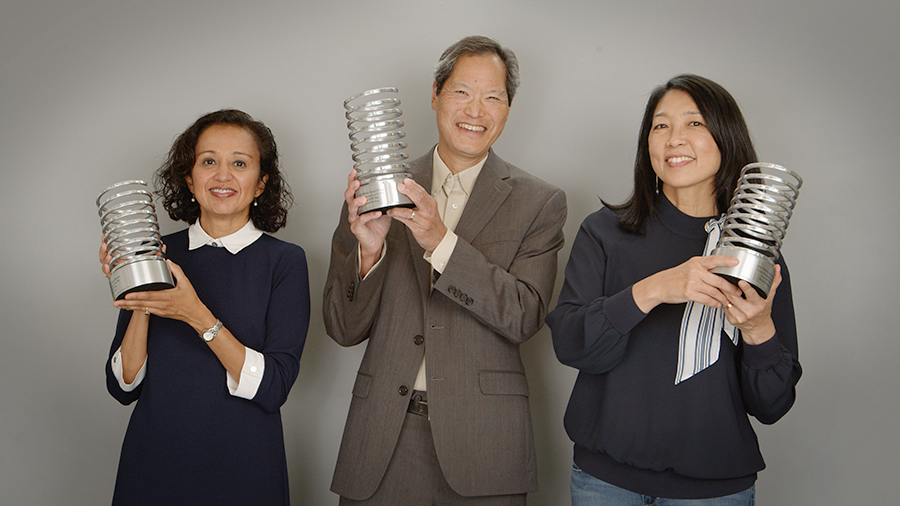 Stop AAPI Hate, a nonprofit organization cofounded by Covenanter Russell Jeung, was honored last week with a Webby Award for Social Movement of the Year.

The Webbys are presented annually by the International Academy of Digital Arts and Sciences for excellence on the internet. The prestigious awards include categories for websites, advertising and media, online film and video, mobiles sites and apps, and social.

Stop AAPI Hate was formed in March 2020 in response to increased violence against Asian American Pacific Islanders after the coronavirus was labeled the “Chinese virus.” Since the launch of the website, the organization has become a go-to resource for government officials, advocacy groups, and news outlets.

Jeung, a member of New Hope Covenant Church in Oakland, California, and his two-cofounders were honored “for their roles in the national reckoning to stop systemic violence against the AAPI community—and for using the Internet to sound the alarm on the uptick in anti-Asian attacks during the COVID-19 pandemic.”

“I’m glad to see we’re honored as a social movement because that’s what we wanted to launch—a mass movement that includes persons of all walks of life to get involved, take a stand against racism, and use their gifts to create social change,” Jeung said.

The awards were presented Tuesday, May 18. Actress Jameela Jamil (“The Good Place”) narrated a video that announced the award.