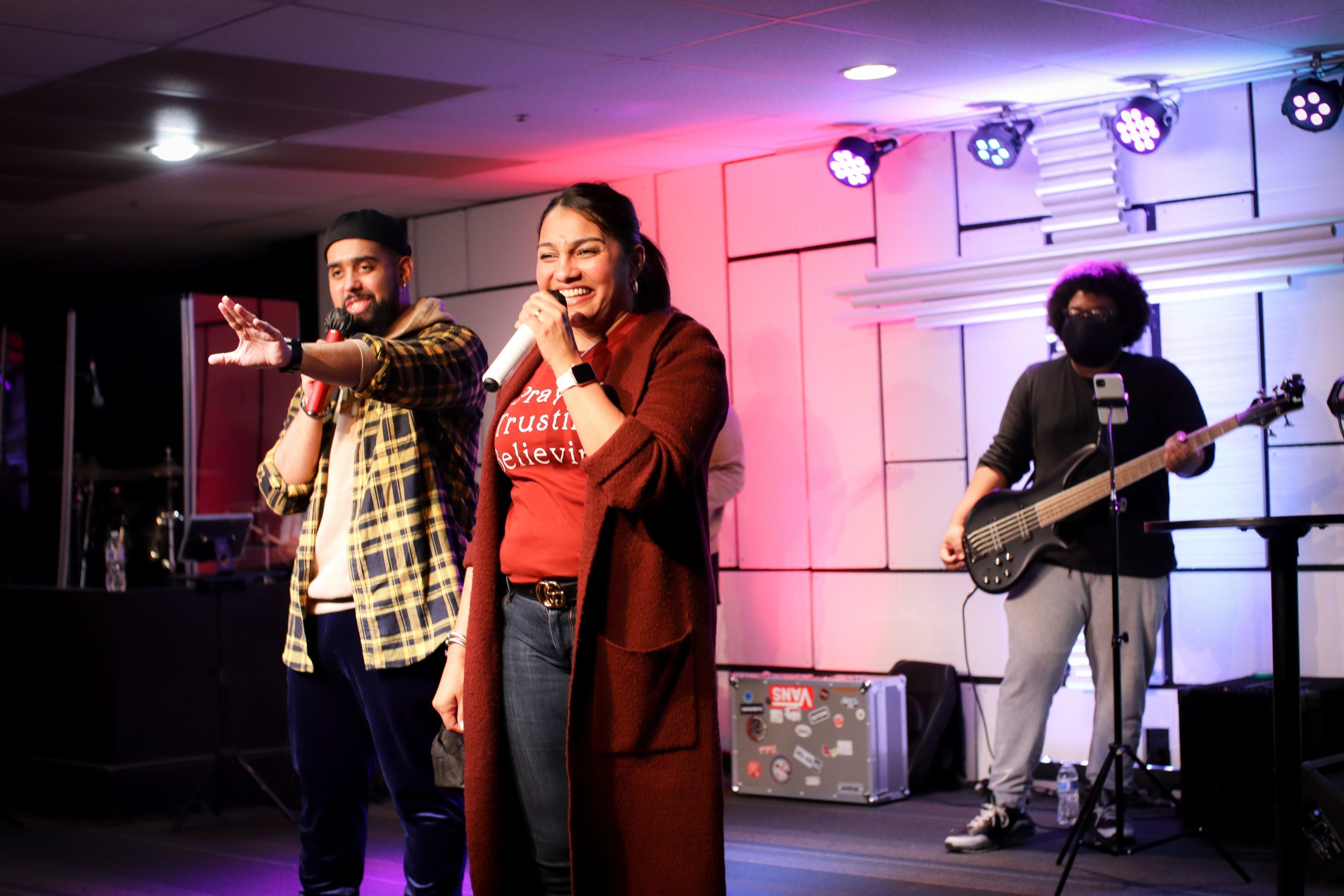 Just weeks after Diane Carrow was installed as senior pastor of Promised Land Covenant Church in the Bronx, New York, the Covid-19 pandemic was devastating the city and her neighborhood. This year, three weeks after the congregation began worshiping in a newly purchased and renovated space, a fire in an adjoining building destroyed the inside.

Through it all, Carrow has served the church, helping the congregation of several hundred continue reaching out to their community, which has one of the lowest per capita incomes in the country. Carrow, the first Latina senior pastor in the East Coast Conference, serves bivocationally. She is also an executive administrative assistant for a large cable provider.

When founding pastor of Promised Land Michael Carrion sensed God calling him into a new season of service, he stepped aside from leading the church he planted 17 years ago to become pastor emeritus. Carrow was serving as the executive pastor, and he asked her to shift to senior pastor.

“I didn’t do her or her husband, Donald, any favors,” says Carrion, noting that it is a difficult ministry. Donald is the church’s worship pastor.

Carrion and Carrow first met when he was assistant pastor at Harvest Fields Community Church in the Bronx. She attended a Bible study he was leading. When he planted PLCC, she was initially reluctant to join him.

“I was at a service one day, and I started to weep because I didn’t want to leave Harvest Field, but I knew that’s where God was calling. We had a five-piece band, and this new church startup had nothing. Seventeen years later, I’m wondering, ‘How did this happen? Where did the time go?’”

Carrow adds, “I will always go to him as my bishop, but he wants me to stand on my own two feet and learn, just like he did when he went from associate pastor to pastor. There may be mistakes, and you learn from them, but you have to do it.”

Carrion says he prayed for a long time over the decision as to who would succeed him. Ultimately it was clear Carrow was the right person. “She has the gifts this church needs right now. She is passionate for Jesus, incarnational, loving. She has developed leaders and discipled a lot of people. She knows what this church is about and understands the people.” 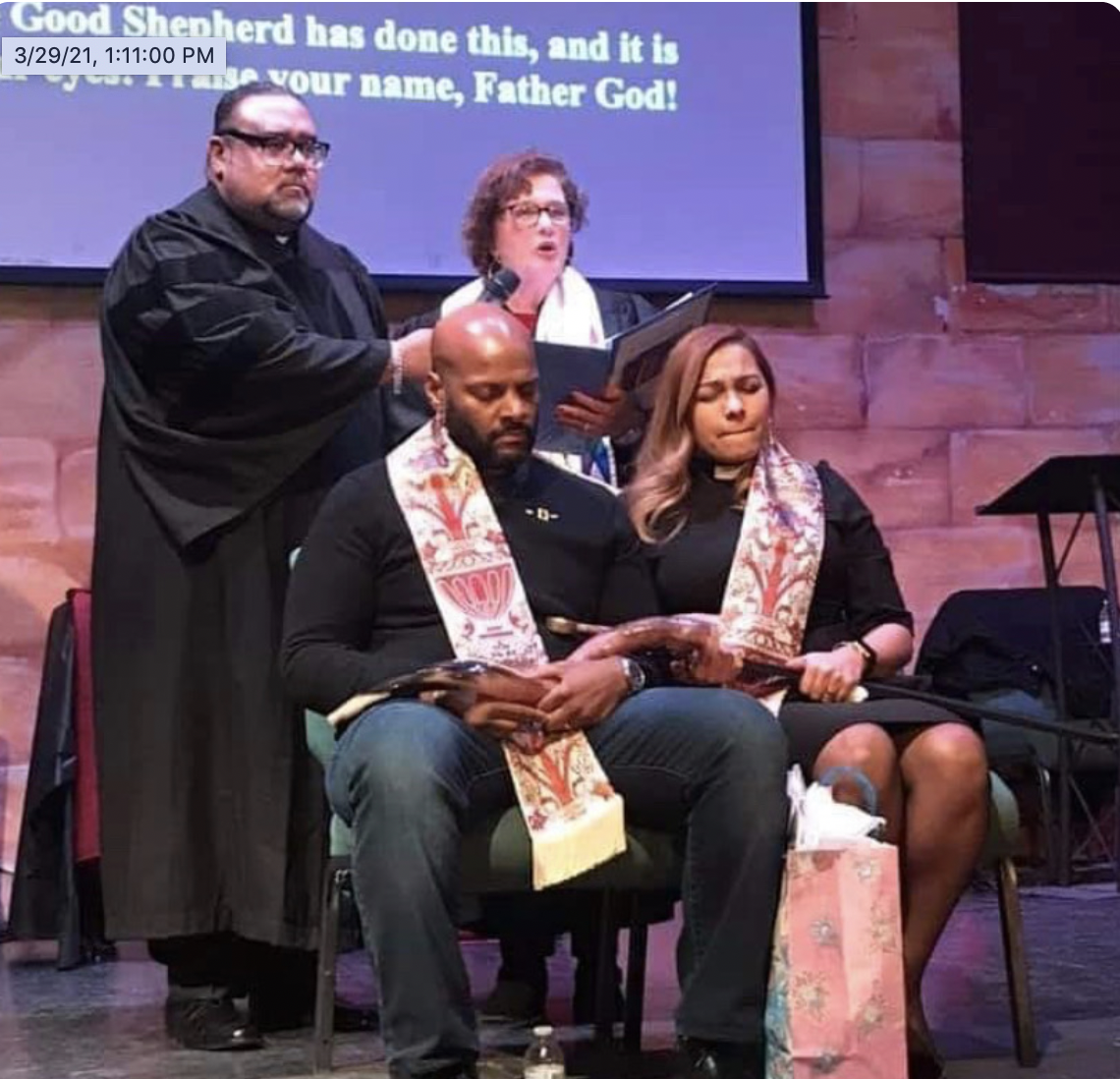 They are gifts the church has needed. When the pandemic began raging through New York City, it started claiming the lives of church members.

“Every morning I would meet with the Lord and say, ‘I’m here.’ I started to connect with people on Zoom,” Carrow says. “I remember telling Dr. Carrion that I don’t want to answer one more phone call. It was just so heartbreaking.”

In a Washington Post story on the church and the death toll it was experiencing, Carrow said, “We are not built for this. Yes, crisis happens. But having a crisis every single day is just not the norm.”

Then in January another crisis occurred. The church had purchased and renovated a new space for worship where they had been meeting only three weeks when a three-alarm fire broke out in an adjoining building. The fire didn’t reach the church, but efforts to fight the blaze caused extensive water damage.

She laments that the church had just installed new flooring and a stage, then laughs, adding that the sconces were destroyed. “That’s the biggest joke in the church—the pastor is upset about the sconces. Don’t mention the sconces.”

Promised Land has continued to meet at a church located in the basement of the building, which was not damaged—although the smell of the smoke still lingers. They have continued their weekly food giveaways to several hundred people as well as other outreach ministries.

“I’ve done life with these people for 17 years,” Carrow says. “I’ve christened their children. I’ve married some of them. I’ve done some of their parents’ funerals.”

Preaching is the scariest part of the job, she says. “Just because it’s so transparent. When I started, I didn’t think it would be OK, but people have believed in me.”

Carrow says she has had to believe in herself as well. Carrion has a bigger-than-life personality and is a nationally sought after speaker, seminary educator, and nonprofit entrepreneur. That can be intimidating to follow.

“It’s important that I be me,” she says. “I am not Reverend Michael Carrion. So I have to be OK with being me. And I am.”