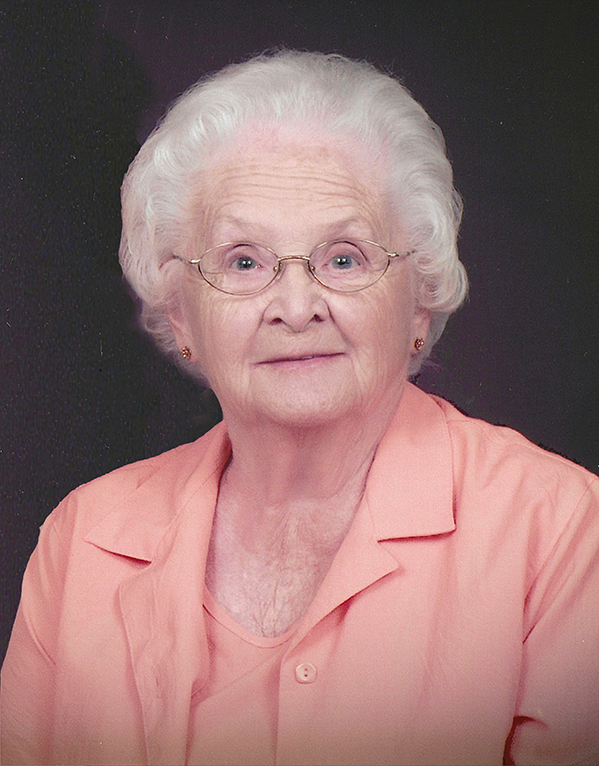 Harriet was born on September 17, 1929, in Hutchinson, Minnesota, to Victor and Mabel (Mattson) Settergren. She grew up on her family farm in Lake Jennie and attended Lake Jennie Covenant Church.

Harriet married K. Wesley Olson on June 29, 1951, and served churches in Illinois and Minnesota before moving to Omaha, Nebraska, where he served as Midwest Conference superintendent. They also served interim pastorates at several congregations in Minnesota and Colorado after he retired in 1995.

Harriet loved children and taught kindergarten through third grade. She enjoyed teaching her students skills that would see them through life. She was an accomplished seamstress, teaching herself at a young age after her father said he would buy her either one dress or the fabric for two. She sewed many of Wes’s three-piece suits and her daughter DiAnn’s wedding dress. Harriet also restored family heirlooms and antiques from both her own family farm in Lake Jennie and from the Olson family farm in Bird Island.

She is survived by children Lynda Olson-Lee (Jason), DiAnn Bloomquist (Tom), and Brenda Redding (Gary); nine grandchildren; and 11 great-grandchildren. She was preceded in death by her husband, Wesley, and son, Kent.

Peace to her memory.