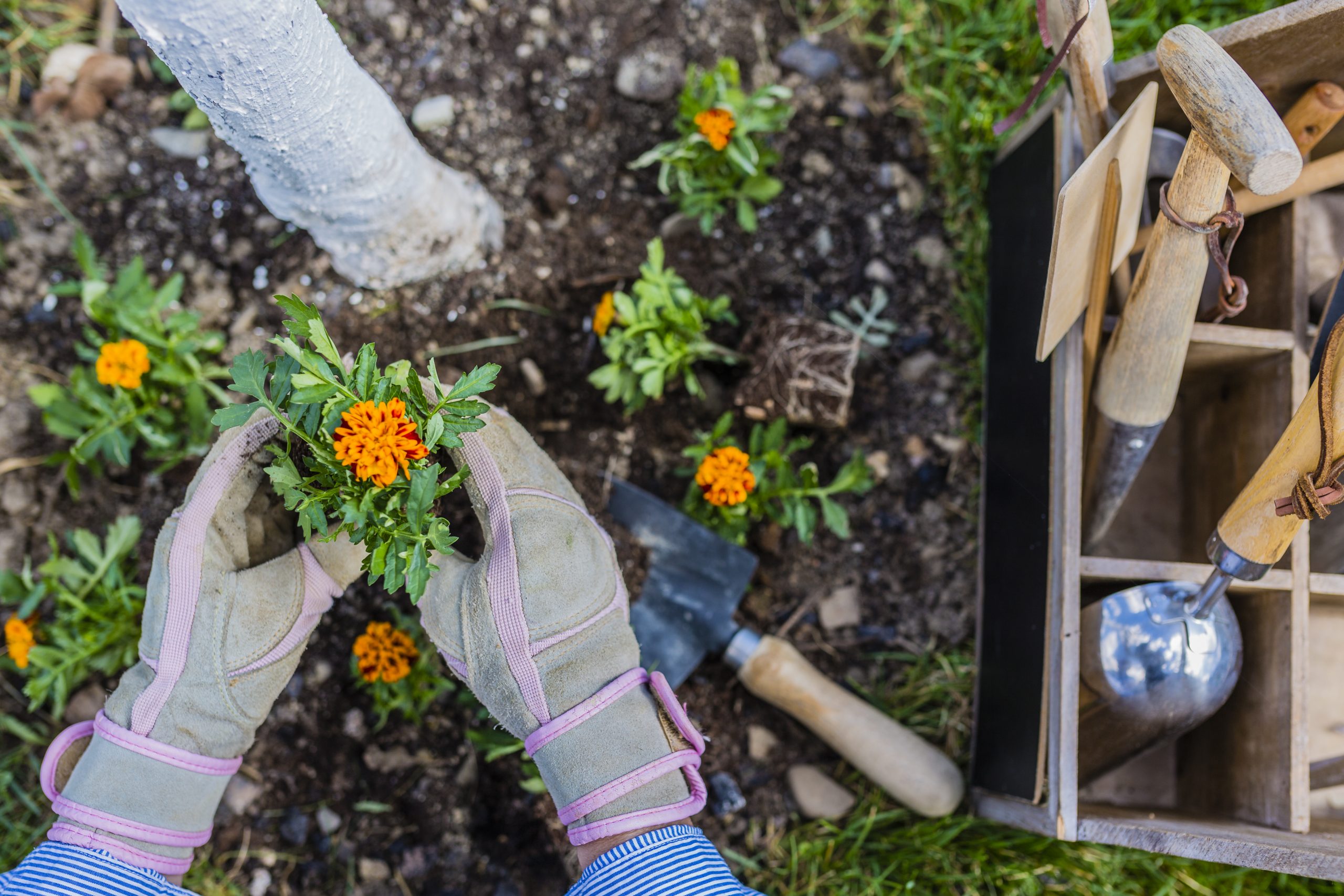 My son Charlie has an uncanny memory, very often this skill is wielded in a way that is unpleasant for the other party. He remembers seven years ago he got a swipe from Steve, the nicest cat on the planet, and therefore Steve will forever be a tainted. He remembers when I was traveling for a speaking gig, and I drove his trombone to the airport, instead of to school. Therefore, I am the one who not only abandoned my child for Tucson, Arizona, but also thwarted his musical career.

Also, he remembers how to deadhead flowers. Like, all of them. Which is unpleasant not only for the flower, but for my aspirations as a gardener.

Right after I had my second son, Henry, I was blasted by a severe case of postpartum depression. Charlie was about three years old, and just getting through the day with a newborn and a toddler was tough. Layer that with the weight of depression, and I was struggling. Every day loomed mountainous before me. All I wanted to do was sleep and cry, which pretty much made me a newborn too, and we all know babies don’t make good mountain climbers.

Henry was about two months old, and it was spring. I was starting to feel like a full-on crazy person, from lack of sleep and hormones that seemed to communicate only dread. The morning had presented its enormous pinnacle to me, and the only thing I could do was pray. God said, “Get outside,” so I did. I decided to plant some flowers. As I knelt by the flower bed, my body felt stiff and tired, unused to exercise. My tummy was a soft, folded accompaniment to everything I did. But the air had that silky warmth of the first real day of spring, and the soil was warm. I was setting in marigolds, the plain old worker-bee of the garden, and their green smell tugged at my memory. I planted these as a child.

Ten minutes later I had been working on mulching the back fence line when I heard Charlie start sing-ing, softly, “Keed-up. Keed-up. Eberbuddy Ebreewhere,” which made me smile. But when I turned around I stared in horror at his industriousness: he had not only deadheaded my entire row of flowers, but in his attempt to do so had mangled over half of them. He is a thorough kid, after all.

“I KEED IT ALL UP MAMA.” He was triumphant. He had been a helper. And he had really done a number on those marigolds. The previous fall, Charlie had seen me deadheading a crumpled thicket of mums in the front yard. And I had told him, like the fool that I am, “You have to take off the old blooms, you see? To help the flowers to grow!” It was a learning moment, and I loved learning moments, even when my kid was too little to remember them.

Why does one keep opening the packet,
extracting the seed, and pushing it down into
the soil with no guarantee of a green answer?

So. The dead marigolds. It wasn’t that monumental, really. It wasn’t the end of the world. The marigolds were not a mountain. But it was enough. I just remember feeling so very tired. I had tried to do something right. I had prayed.

Then the baby monitor crackled to life with the snuffling cry of Henry waking up, and we were done planting.

It seems that Charlie is not the only one around here who has a very good memory. Because that pretty much set the tone for my gardening attempts since then. I plant five tomato vines and harvest five cherry tomatoes. The cucumbers are wrinkled and bitter. I once attempted pumpkins but they just never happened. The rose bush on the back fence was ambushed by a falling limb and then aphids finished it off. Our newly planted redbud tree, given to me for Mother’s Day, split in two after a windy day. That was dramatic. My tulips saw this and moved next door, I think.

My mint and oregano have somehow cross pollinated, and now I have toothpastey oregano, which doesn’t work in any application. My spaghetti sauce is minty fresh and that is not a thing.

But, as Winston Churchill said, “We shall never surrender. We can always try zinnias.” Or something like that.

So, why do I keep trying?

I have no idea.

Why does one keep opening the packet, extracting the seed, and pushing it down into the soil with no guarantee of a green answer?

Jacob wrestled with God and insisted on the answer. I always envied his audacity. On the days that are hard and dark, I long to wrestle it out. I can sacrifice a hip; I have good insurance. To feel exhausted and spent, all sweaty in the sun after a good bout of wrestling with God? That’s results.

Did I get into a relationship with God with the idea that there would be no waiting? Do I eye Jesus still, shaking my packet of seeds, wondering if it’s worth it?

Faith is a risk. Every bit of it.

Jesus invites me to just sit at his feet. Waiting is planting. Praying and receiving no immediate discernible answer is planting. Forward walking in this backward world? That’s planting. And they are all risks. Tiny seeds might fail.

Last spring I planted only pansies. I asked my local grocery to include some flowers for curbside pickup. I emailed my order, “Could you just throw in your favorite color of annuals? Two packs?” Purple pansies gave my porch a bit of cheer, and I attempted no other planting, or much of anything else, that spring.

But this April, I have plans. There was comfort in the planting. That was enough.

I sketched a small garden and decided on beets and corn and Swiss chard. I avoided tomatoes, but added a border of sunflowers. Sunflowers are such an optimistic flower. Charlie, now nearly 13, dug deep in the soil and planted a blackberry bush in the back yard. Nearly as tall as I am, he continues to grow. Hopefully, the blackberries will too. I have faith.