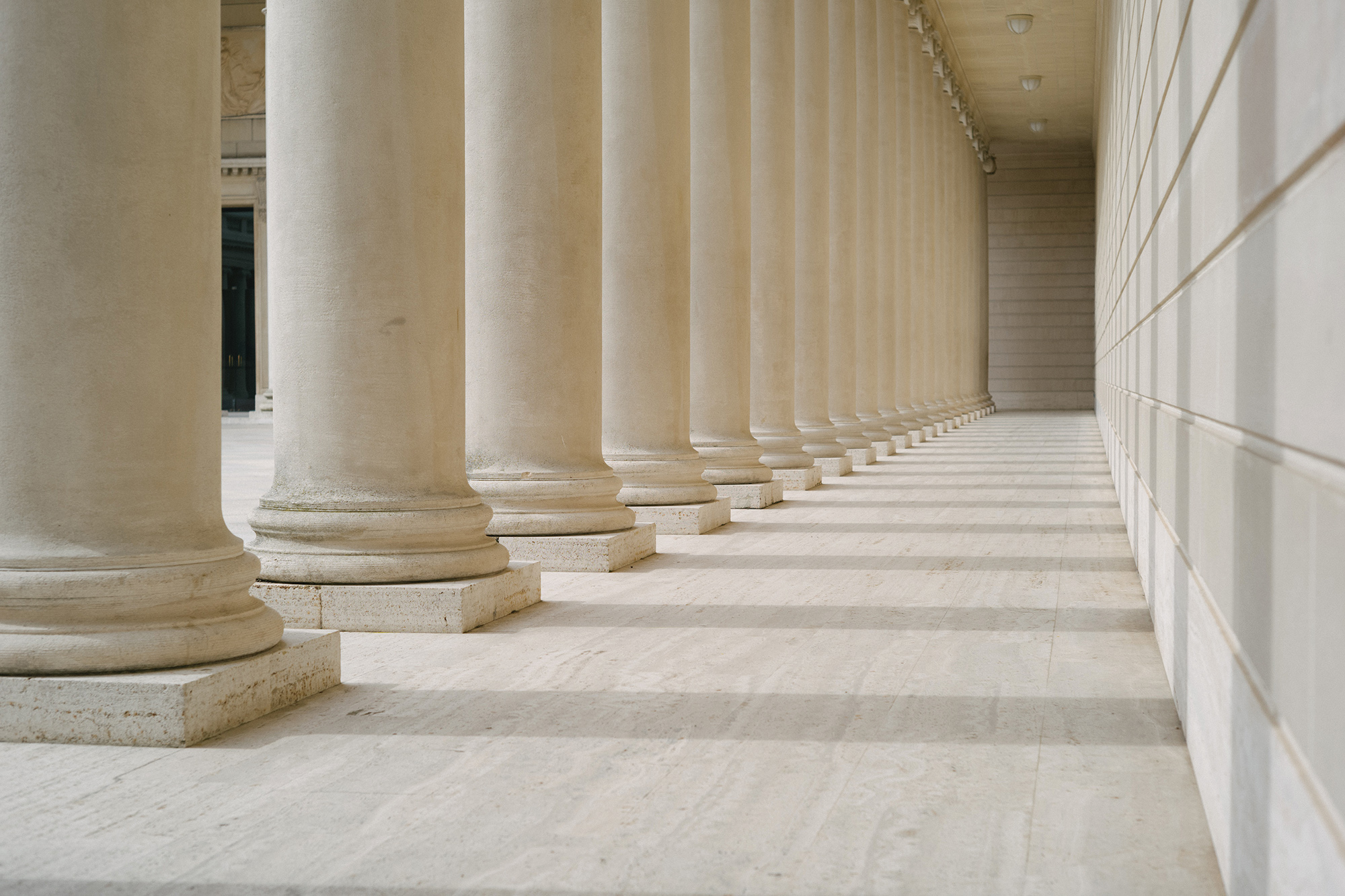 What does Jesus tell us about engaging in government today?

After the 2016 election, a fellow church member approached me to talk about the incoming president. She shared her thoughts and concerns, then she paused and asked me whether I would pray for the new president. “Of course,” I replied. I explained that I regularly pray for whoever is president, regardless of their political affiliation.

Our conversation stuck with me. It hadn’t occurred to me not to pray for the president. As I reflected on her remarks, I realized that what bothered me most was that she asked if I would pray, as if it was a matter of personal preference. Early in my Christian walk, I had learned that Scripture commands us to pray for those in authority; it doesn’t matter how we feel. Now as a minister of preaching and teaching, I continue to share this same charge with others.

These days, feeling-centered responses to political controversies seem to rule the day—even in the church. The realm of politics addresses issues that significantly impact our lives and therefore evoke strong feelings in us. But the more important the issue, the more critical it is that we center God in our response.

Engaging in the political sphere is not easy for us as Christians. We are citizens of various earthly nations, but we also belong to God’s kingdom. As we search for ways to honor God as citizens here on earth, I find some helpful clues in Luke 20.

The Jewish people in Judea were required to pay a tribute tax to the Roman empire. It was not an uncommon practice; historically nations paid tribute to other rulers as an acknowledgement of submission or dependence. But according to Roman law, the tribute tax had to be paid with a denarius, a coin engraved with Caesar’s image and an inscription.

This caused tensions in the Jewish community. Some resented the Roman occupation and having to pay the tax at all, while others disliked the tax because they viewed the denarius bearing Caesar’s image as idolatrous. So the religious leaders decided to use this hot button issue to trap Jesus into offending either the Jewish people or the Roman government. They sent spies to ask him, “Is it lawful to pay taxes to the emperor, or not?” (Luke 20:22).

Jesus’s response provides us with a series of lessons on centering God in the midst of political controversies. What does it mean to center God?

We find an answer in the definition of the word tribute. The historical definition focused on nations paying tribute to other rulers, but over time it has expanded to include expressions of admiration or respect toward another person. To determine whether we are centering God, we need to ask if our conduct leads others to express admiration or respect toward God—or something else?

Anyone on social media has seen posts putting forth political arguments, posts reviling politicians or political parties, or crudely crafted political images. Among the worst are posts that use Bible verses or statements about God to score political points—not to glorify God but to attack someone else. This is similar to the actions of the religious leaders and spies in Luke 20. Jesus’s response to them can help us to develop our own.

To determine whether we are centering God,
we need to ask if our conduct leads
others to express admiration or respect
toward God— or something else.

Jesus’s first lesson: Elevate God. The spies asked Jesus whether paying the tribute tax was lawful. The spies made no mention of God’s commands—they only mentioned Caesar. When Jesus responded, he mentioned God—in part to remind them that questions about lawfulness are related not primarily to Caesar but to God.

Jesus’s response can help shape our own conduct. When we hear someone refer to God and a political leader together, we can respond by focusing our attention on God, while acknowledging the authority given to leaders. If we observe someone using a controversial issue to score political points against another person, we can decline to center that issue in the conversation. Of course, in the midst of political controversies, our natural inclination is to share our opinion. Jesus refused to allow others to shape the discussion around controversy by placing God at the center, demonstrating that everything can only be truly understood in the light of God.

Jesus’s second lesson: Respect God’s authority. Jesus used the image on the denarius to highlight the broad reach of Caesar’s authority. The denarius was part of everyday life, serving as wages for laborers and payment for certain taxes—even Jewish religious leaders in the temple had access to it. Caesar’s image and inscription made his authority evident.

Jesus’s response invites us to reflect on our views of authority. It may be that we are attaching too much significance to someone in a leadership role (political, pastoral, or otherwise). Or perhaps we are being dismissive of someone in a role we feel is unsuitable for them. Worse yet, we may embrace partisan divisions, evaluating leaders based on whether they are on our “team.”

But we can choose a different approach. The woman who asked me whether I’d pray for the president ended up telling me that she would pray for him also. In the midst of heavy tribalism in our nation, Jesus calls us to practice treating those in authority with respect, even when we disagree with them.

Jesus’s third lesson: Respect God’s image. The image of Caesar on the denarius was a symbol of his authority and a representation of himself. When Jesus asked the religious leaders’ spies to identify the image on the denarius, he was pointing out that because the denarius carried Caesar’s image, a refusal to pay taxes with it was to dishonor Caesar’s authority.

At the same time, Jesus was making an even more powerful point: how we treat the image of a thing is how we treat the thing itself. How often have we looked at pictures of loved ones and smiled, or even kissed a photo? The feelings we have toward people are reflected in how we treat their images. The reverse is also true. Consider a nation with a hated dictator in authority. How is that leader’s image treated on signs or posters? It may be defaced with graffiti or profanity—people express their hatred on the leader’s image. A quick search online for “defaced election posters” reveals the resentment many have for political leaders.

In an indirect way, Jesus pointed out to his adversaries that he is the very image of God (John 14:9; Colossians 1:15) and that how they treated him was how they were treating God. This teaching also applies to God’s people, which is partly why our claims to love God are only true if we also love our brothers and sisters (1 John 4:20-21).

Ultimately Jesus connected God’s authority with God’s image. That means that our treatment of existing authorities is also our treatment of God. So we need to pay attention to how we treat those in leadership roles, whether through speech, social media, or other actions. Jesus’s careful words are a reminder for us to take care with our speech because our conduct follows our words (Proverbs 18:21; James 3:2-4). When we express our disapproval or disagreement with leaders, we are called to do so with decency and respect, in order to show our respect for God.

Jesus’s fourth lesson: Beware of idolatry. Idols are identified explicitly in the Old Testament, and the religious leaders would have seen many of these elements in the denarius. It contained an image (Psalm 97:7; Isaiah 42:17), it had value (Isaiah 40:19-20), and it contained an inscription that required engraving (Exodus 20:4; Psalm 78:58). The denarius Jesus requested not only included Caesar’s image, but described Caesar as the son of divine Augustus. That didn’t mean it was idolatrous to pay the tax, but the discussion of the coin alludes to the prospect of idolatry.

When we think about idolatry, we typically think of people mistakenly worshiping statues instead of God. But Jesus presented a more comprehensive understanding: idolatry involves anything that occupies a position in our minds and hearts that is rightfully God’s. While we are to treat leaders with respect because of God’s authority, it is important to avoid glorifying earthly leaders or making them equal with God. Only God has the right to our worship.

It is no accident that Jesus taught these lessons in the context of a tribute tax controversy. Political disputes have long been part of human history. Through the gospel of Jesus Christ, God invites us out of the kingdom of darkness into the kingdom of his Son Jesus Christ (Colossians 1:13). So let us shift our perspective away from political kingdoms that perish and turn toward his eternal kingdom where God is the King and center. Implicit in the tribute tax narrative is the idea that political controversies are a trap—not just an earthly trap but a spiritual one. Such disputes not only distract our attention from God—they agitate us, bringing our worst instincts and impure motives to the surface. And they are outside of our power to resolve.

Jesus taught that the only way to avoid this trap is to draw near to God. We will be tempted to get into political debates and show others how our perspectives are supported by Scripture. Instead, let us follow Jesus’s example. No matter what controversies swirl around us, let us respond by centering God as Jesus showed us.

Jessica F. Carter is the minister of preaching and teaching at Bethany Covenant Church in Berlin, Connecticut. She is the founder of Hear Wisdom Ministries (hearwisdom.org), which is committed to sharing the gospel of Jesus Christ and the faithful teaching and preaching of God’s word. She is the author of Troubling Her: A Biblical Defense of Women in Ministry, which she wrote to offer support to women who feel called to ministry.