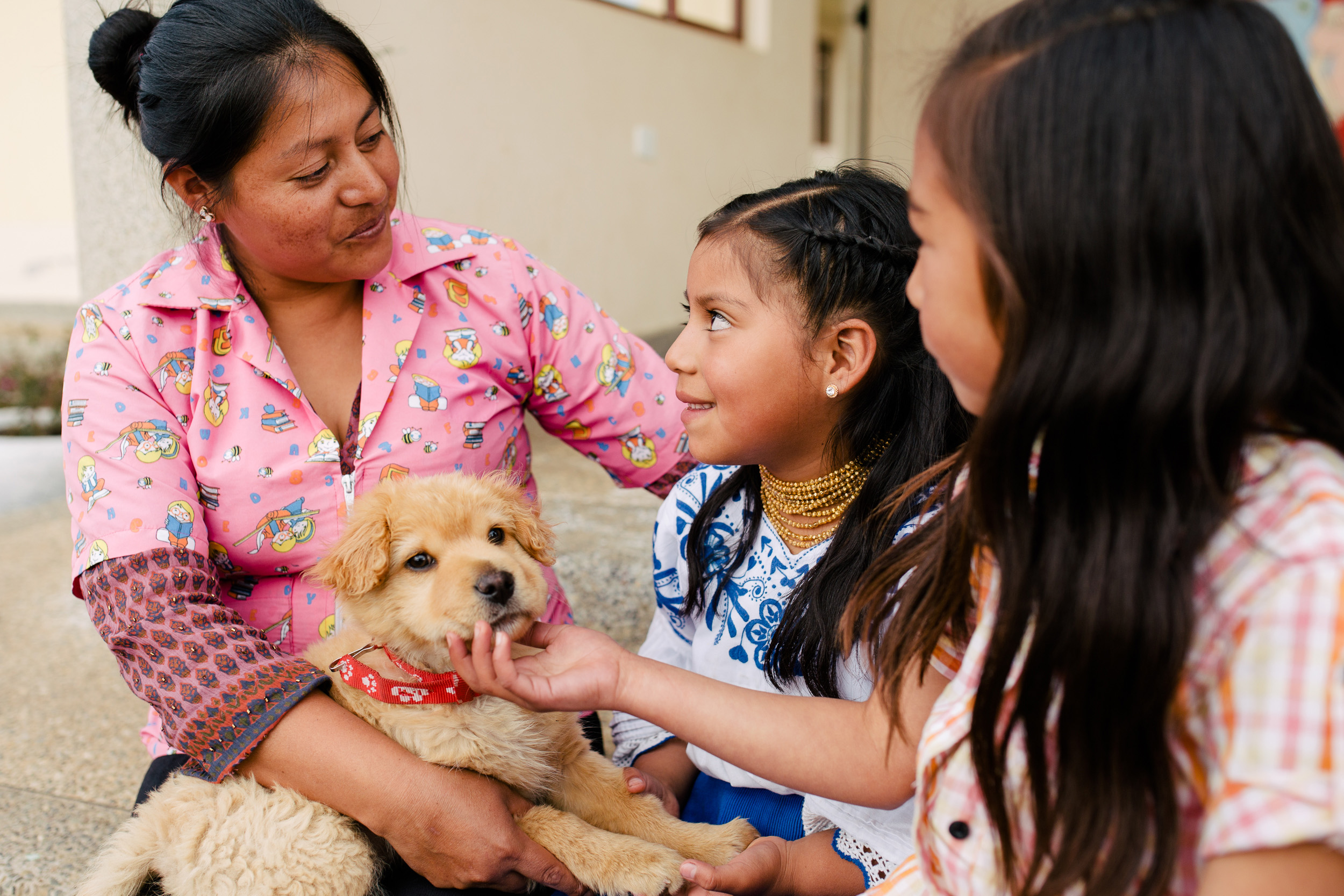 At 9,300 feet above sea level, Cayambe, Ecuador, is the ideal altitude to grow flowers. Its intense sunlight and fertile volcanic soil combine to make the area central to the rose industry. Ecuador’s flower exports generate more than $870 million a year. But little of that income makes its way to the Kichwa people, the largest indigenous group in the country.

Joel and Kim Delp have served in Ecuador as Serve Globally personnel since 2010. Joel, an ordained Covenant minister, and Kim, a nurse practitioner, partnered with the Covenant Church of Ecuador (Iglesia del Pacto Evangélico Ecuador, or IPEE) in 2013 to launch a U.S.-based nonprofit called the Santiago Partnership.

The partnership had a three-step plan: 1) open a clinic, 2) develop a home for vulnerable children, and 3) make sure those ministries are self-sufficient. To that end, Rolando Escola, who is Kichwa, joined the ministry as project manager. Escola demonstrated leadership skills even as a teenager, earning a bachelor’s degree in business administration and worked with the Foundation for Ecuadorian Communal Advancement (F.A.C.E.) to provide education to children with special needs in the Amazon. He is now the first Kichwa president of F.A.C.E.

Cayambe has a population of 100,000, but almost no medical care or assistance for youth is available in an area where 92 percent of the children live in poverty, Joel says.

Along with representatives from F.A.C.E., the Delps began to search for a location for the clinic. They met Jose Túqueres, pastor of Iglesia Emanuel, an IPEE congregation of primarily Kichwa people in Cayambe, and learned that the church was already building a clinic. In faith they were trusting God to supply the operating funds and medical personnel.

So IPEE leaders came alongside them to join what Túqueres and his church were already doing.

Within a week of the clinic officially opening in April 2015, staff were responding to an earthquake that killed 660 people and injured 28,000. The ministry worked with the government and IPEE to continue to provide care, long after the world’s attention had moved elsewhere.

Staff have continued to provide assistance in other difficult and sometimes stressful conditions. Last October, a team provided medical, spiritual, and emotional care during a protest in the capital city of Quito where at least eight people were killed and 1,300 injured.

The clinic extends its services through medical caravans into remote mountainous communities to provide medical care to indigenous people. The caravans include a dentist, mobile laboratory, and pharmacy. Additionally, caravans have also been developed with women providers who give care specifically to women, a group that is extremely underserved.

Since it opened, the clinic has seen more than 12,200 patients and served 8,300 people through its caravans. 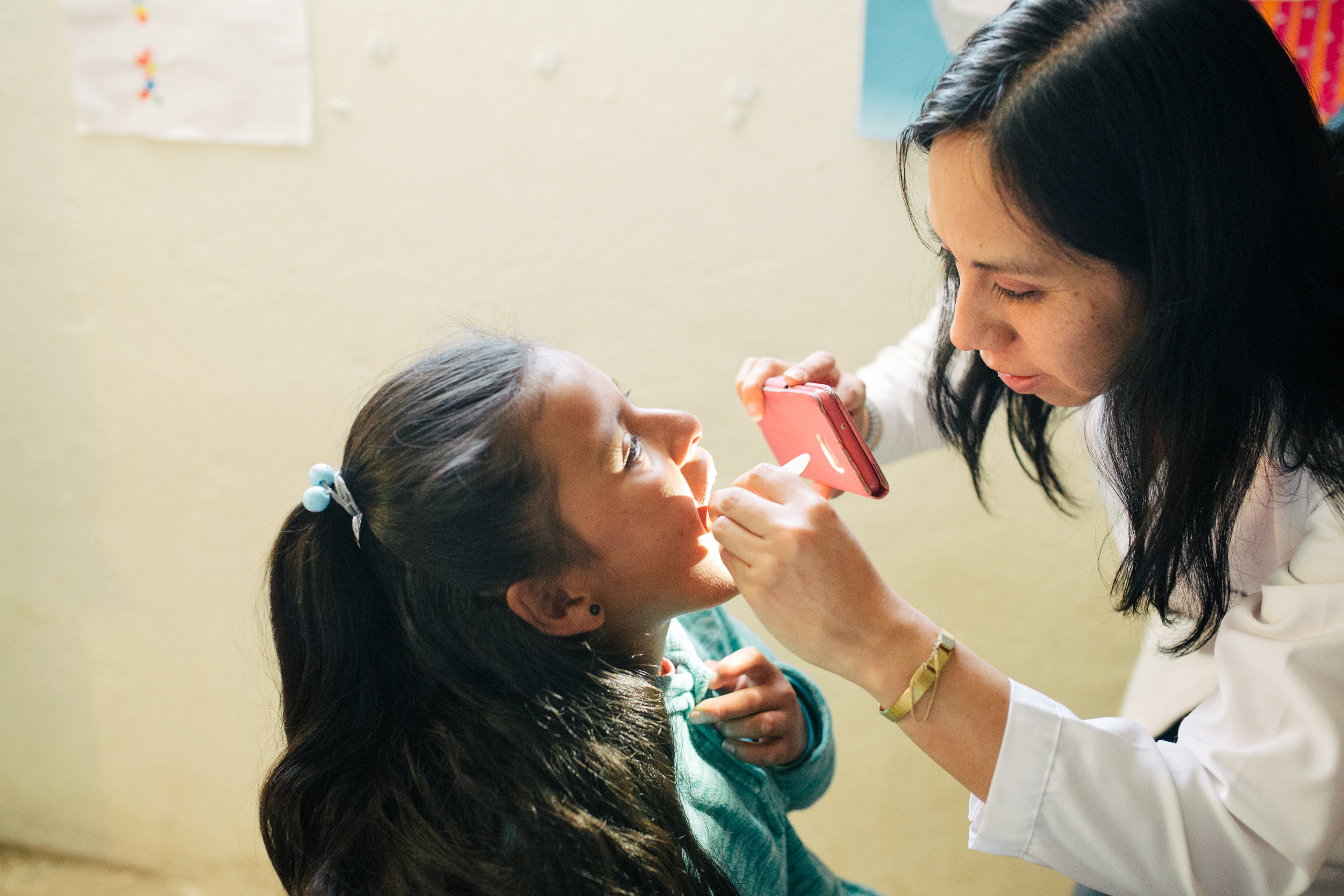 The home was built by members of the community who came together to do mingas—a term in Kichwa that means joining as a community for the betterment of all. Mothers picked up hand-sized rocks, even when they were carrying small children on their back, to help with the construction. Teenagers helped dig trenches and other tasks. Others poured concrete, provided food, or pitched in where they could.

“It’s like an Amish barn raising,” says Joel Delp. “It just takes longer.” By the end of three days, they had completed laying the first floor.

Children at the home receive care at the clinic. The ministry’s staff includes a psychologist and social worker who work with the children and their families. “Our goal is to reunite children with their families,” Escola says. That involves helping families work through problems or challenges they face.

“When the children arrive at the home, all they want is to get out of there,” Escola says. “Kids initially try to run away, but then they experience love.”

He adds, “Sometimes children try to steal because that is how they have survived on the street. When they are caught, they often expect severe punishment from us. Instead they get a hug and we tell them that we love them.” 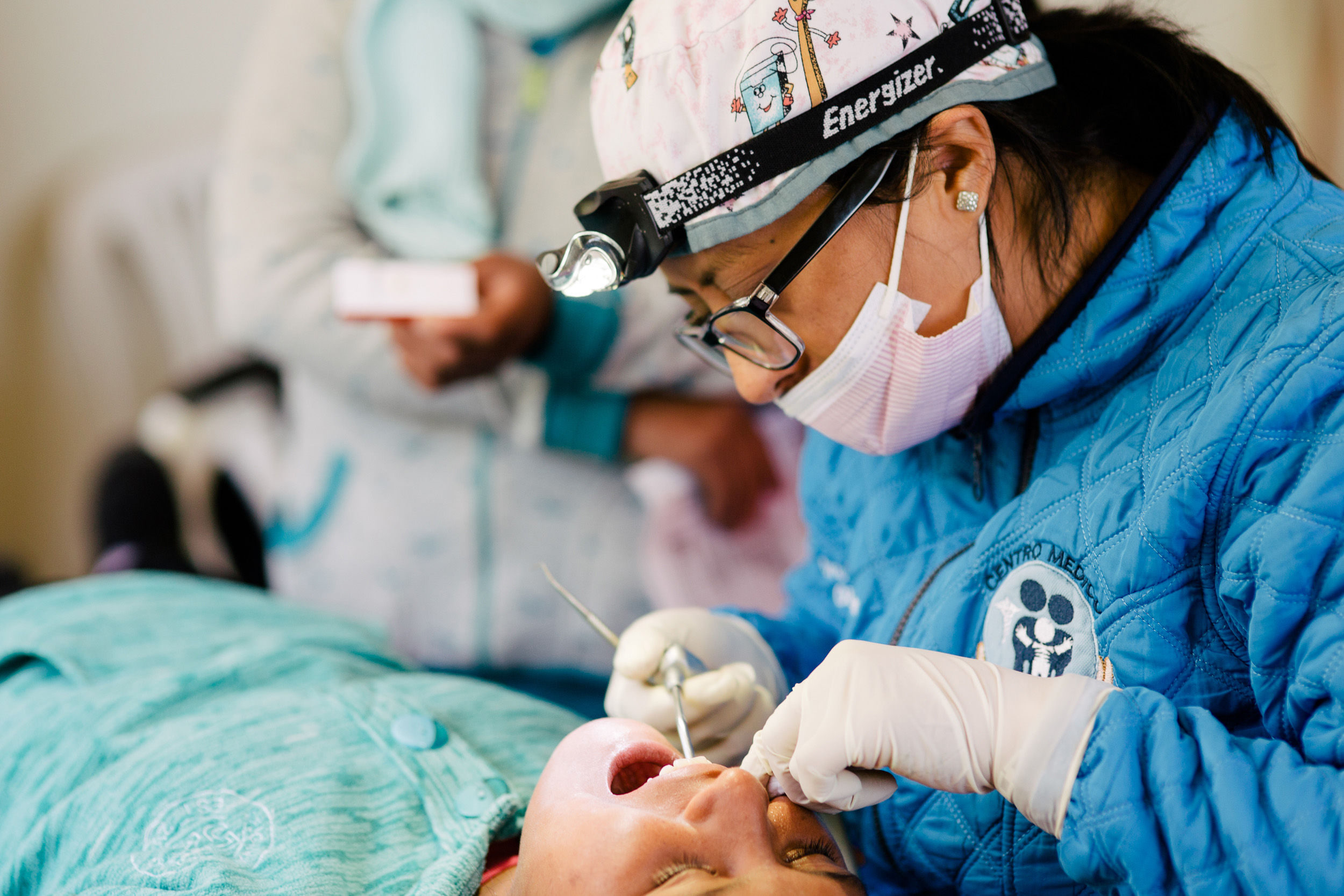 Late last year, the community came together to install a second floor, so the home could take in more children and add office space. Mingas also have helped to add a ward to the clinic.

“We have been able to show that the work can be done when we work together and when we do sacrificial work,” Escola says.

He says he feels a great responsibility to improve the standing of the nation’s largest indigenous group who have experienced widespread racism.

“I feel honored,” he says. “It gives me joy that despite all the difficulties, God has given me the privilege to be able to represent Kichwa people.”

Inclusion is one of the guiding values in the partnership, Joel says, adding, “Rolando never says ‘I.’ He always says ‘we.’ All of the staff are invited to be part of dialogue and help with making decisions.”

The ministry recently launched the third step of its plan, as it seeks to ultimately become self-sustaining. They are starting a social enterprise, Forever Flowers, to plant and sell alstroemeria flowers.

They decided not to grow roses because they could not compete with the much-larger farms, Joel says. Roses also are delicate and labor-intensive. The alstroemeria, on the other hand, is more hardy and requires less labor. Recent fundraising will enable the ministry to purchase 95,475 individual plants. The project intends to start small, serving the surrounding regions with the hope of expanding even into international markets.