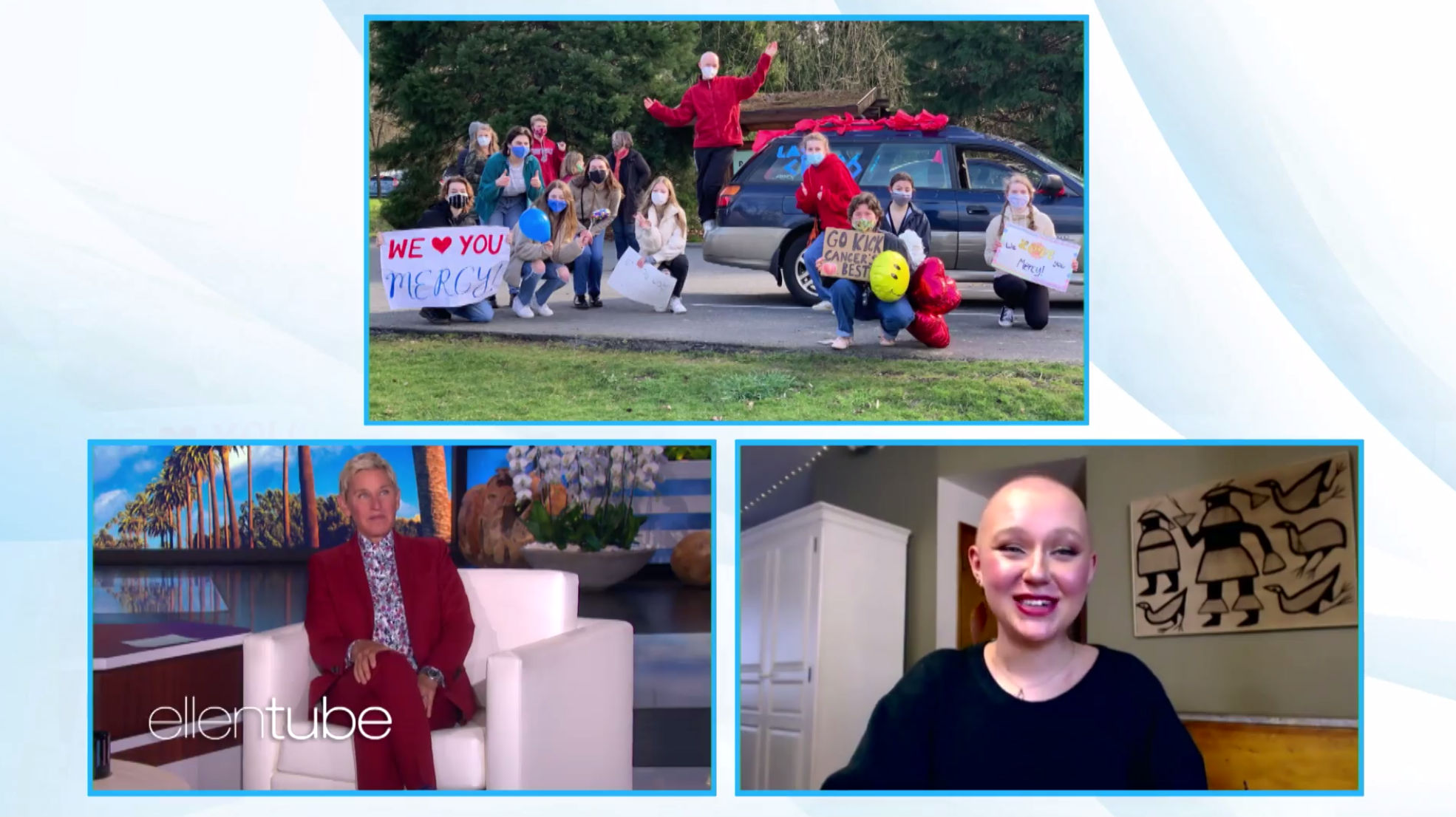 Sixteen-year-old Mercy Haub’s campaign to inspire others by publicly sharing her battle with Hodgkin’s lymphoma got a boost on Tuesday when she appeared on ‘The Ellen DeGeneres Show.’

The host heard about Mercy after a video went viral of 500 people lining the streets to cheer her on as she rode to her last chemotherapy treatment. The video was shared by celebrities that included NBA player Rex Chapman, actress Jane Lynch, and designer Kenneth Cole. The video also appeared on ‘The Today Show’ and CNN. Mercy’s mother, Erika Carney Haub, is an ordained Covenant minister.

When the show’s producer called Mercy at the hospital to ask if she would appear on the program, Mercy thought it was a prank call. Her family looked up the producer online and realized the call was legitimate. The segment was filmed Monday in the family’s living room.

Prior to the taping, Mercy told the producer that watching DeGeneres’s show had inspired her. The teenager, who wants to be an oncologist, said in Tuesday’s segment, “I had cancer, and I kicked its butt, like that kind of gives me some confidence in how I’ll be able to grow as a person and also grow as a scientist and help people in the future.”

At the end of segment, DeGeneres invited Mercy to attend a taping when it is possible to do so and surprised her with a gift of $10,000. On Twitter, DeGeneres linked to video of the segment, saying, “I hope she brightens your day as much as she brightened mine.”