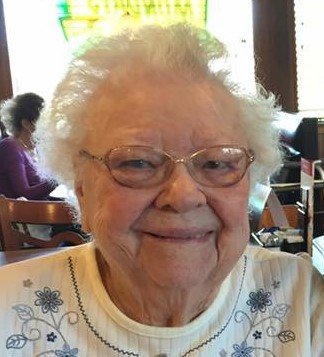 Marie was born April 26, 1922, in Rockford, Illinois, to Ford and Mabel Bergstrom. She graduated from North Central Bible Institute in Minneapolis.

Paul and Marie sang duets together and with their two children as a quartet. Marie was a wonderful hostess, and Covenant leaders and missionaries were often guests in their homes.

She was preceded in death by her husband, Paul, and daughter Judy Webster. Survivors include her son, Tom Webster (Pat); two grandchildren, and three great-grandchildren.