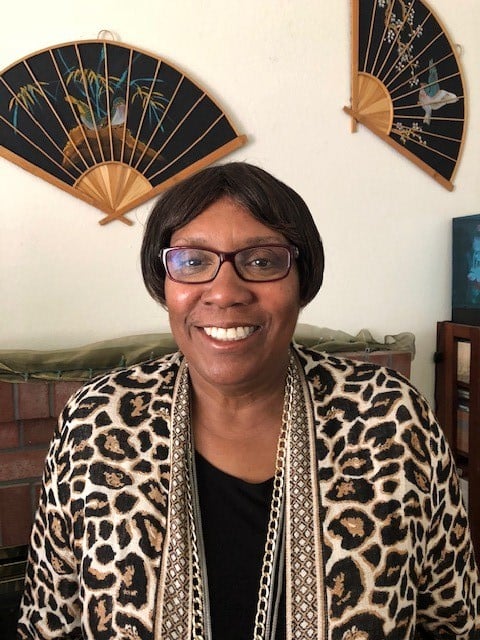 Covenant minister Leslie McAuley, who was honored for her anti-hate work last year by her alma mater, Gonzaga University, says it is important that people take action against racism. “But it is just as important that they have an understanding of its causes.”

Helping people begin to grasp those causes is a passion for McAuley, who serves part-time at Immanuel Covenant Church in Spokane, Washington, and as coordinator of the Reconciliation Calling Community initiative at Whitworth University. The initiative is funded by a $1.5 million Lily Foundation grant.

“When you have an understanding, you are a lot more humble about people who have been hurt by the different systems—instead of feeling like you’re the one with the answers,” McAuley says. “It takes both action and learning. I am the learning part of reconciliation.”

Last fall, Gonzaga’s Institute for Hate Studies honored McAuley with its annual Eva Lassman Take Action Against Hate Award. The award is named for the late Eva Lassman, a Holocaust survivor and longtime community educator on the Holocaust and human rights.

“Leslie knows no limits and is truly an unstoppable force,” said Kristine Hoover, director of the institute.

McAuley was so inspired by her experience on Journey to Mosaic through the Pacific Southwest Conference that she is planning a one-day “Spokane Mosaic” in September. She intends to expand it to two days in 2022.

“People need to know the history of where they live,” she says.

In the past two years, McCauley says she has seen more people’s eyes opened to the realities of racism. Before, when people of color described their experiences, “White people would say, ‘Oh you’re exaggerating that.’ They now see it. They’ve seen it on cellphones and the news.”

McCauley says she understands that a lot of people don’t know the history of racism in this country because she had to learn it herself as an adult. Growing up in Los Angeles County, she says she did not learn it in school.

It wasn’t until she lived in New York City and Chicago while working for a federal agency that she began to learn more. “I found I didn’t know what these people know. So I started studying about Black history.”

In her current role, McAuley resources and advises programs designed to promote understanding reconciliation, including Reconciliation Reading Groups. The reading groups have grown from three people to more than 150 across the city in less than two years as friends tell friends how valuable the experiences are.

They have read books such as Black and White: Disrupting Racism One Friendship at a Time, by Teesha Hadra and John Hambrick, and Reading while Black, by Esau McCaulley, who will speak at the monthly Biblical Justice Forum at Whitworth. This year’s theme is “Courageous Conversations,” designed to promote grace-filled, passionate dialogue within the Spokane area faith community.

She also advises the Anti-Racism Alliance, which brings together pastors and community leaders to examine their own racial biases and consider how to promote anti-racism, and 9×9 Clergy Reconciliation Groups, self-formed groups of nine pastors who commit to meet together once a month to engage in anti-racism work.

“At the same time as I’m doing the reconciliation, I’m also growing and teaching myself about things that I don’t know because I wasn’t taught it,” McAuley says. “It’s a lifelong process.”