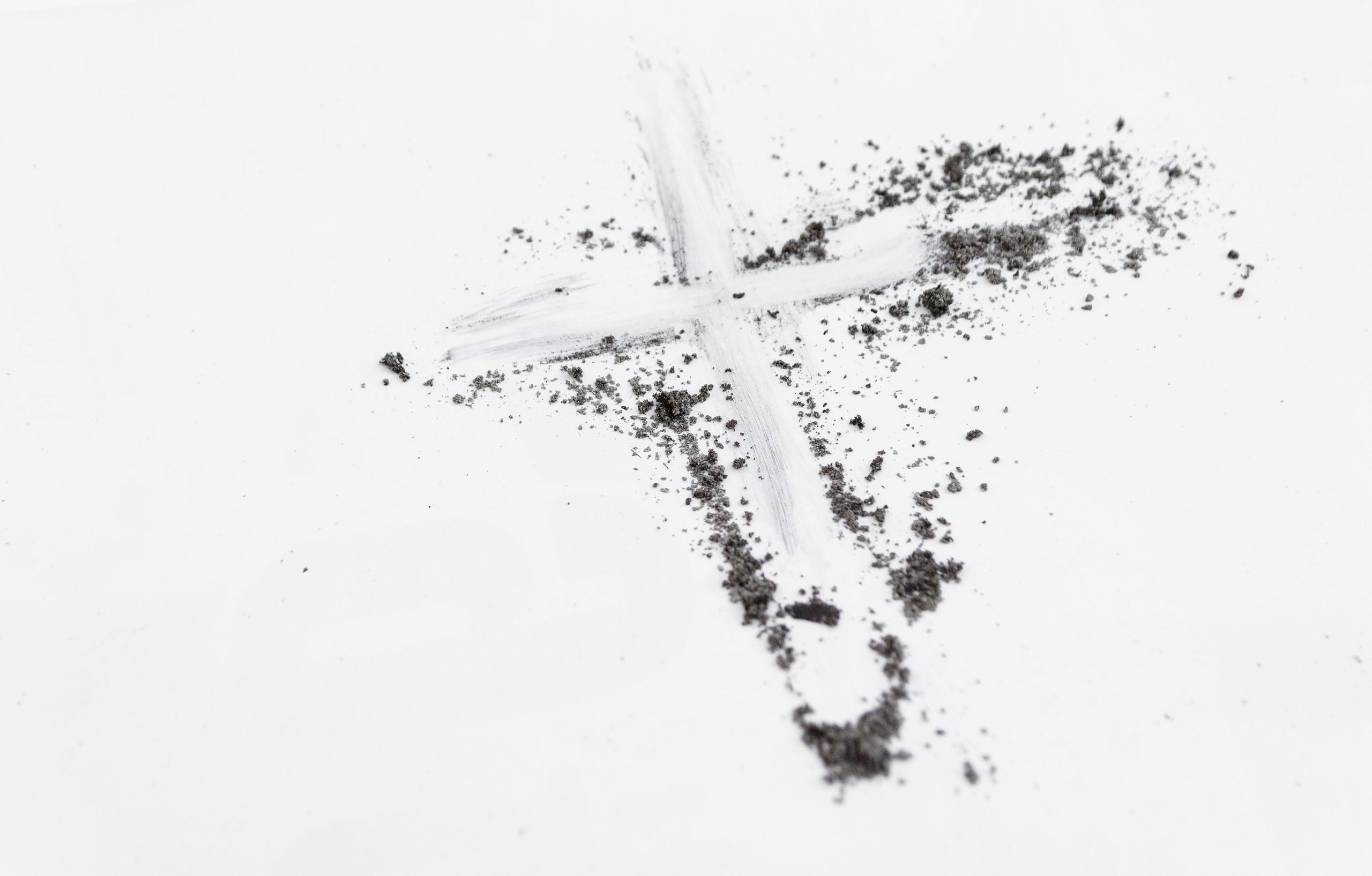 The “Already Not Yet” Playlist

Curating Joy in the Music of Lent

I’ve often struggled with the whole question of “What are you giving up for Lent?” There was always this underlying feeling of competition, like it was a kind of holy Olympics. My own medical issues made it difficult to fast, so I felt guilty whenever Lent rolled around.

I searched for other meaningful ways to observe the season. But I realized that I was putting too much focus on what to give up and not enough focus on why. Perhaps I could find ways to draw closer to God without eliminating things. So I started observing Lent by adding practices instead of taking things away. One year that meant donating to nonprofit charities. Most years it has meant adding a new spiritual practice. Then came 2017.

That was not a good year for me. It started with a major personal setback that felt like a combination of betrayal and heartbreak. This was compounded by financial struggles. I cried more than I ate. During that time, I learned firsthand a lesson I would later share with patients when I visit them as their chaplain: God can handle your anger.

By the time Lent rolled around that year, grief was my daily companion. While I knew goodness and mercy were also with me, grief shouted the loudest, often drowning out all other voices. I was physically and emotionally exhausted.

What I needed more than anything was to follow King David’s lead in 1 Samuel 30:6: “David was in great danger….But David strengthened himself in the Lord his God.” So I “went rogue” and publicly declared my intent to engage in the nontraditional Lenten practice of encouraging myself in the Lord. I wouldn’t ignore reflection and lament, but I would add the practice of encouraging myself through reading Scripture and listening to praise and worship music.

Music has been an intimate companion throughout my life’s journey, through times of joy as well as some of my most difficult times—as far back as elementary school when I struggled to fit in as the new kid. When I am unable to find words to express my feelings, I can find a song that says it perfectly. If I knew nothing else, I knew that music had to be a part of this journey toward joy.

Joy during Lent feels “illegal,”
but it also feels so necessary now.

Then came 2020. To say last year was difficult is an understatement. By December, I had cycled through the stages of grief multiple times and had eaten my feelings more times than I care to share. Any activity that required an iota of brain power or focus took two or three times as much energy to complete and left me drained. So I can’t explain why I came up with the bright idea to write a devotional for Lent this year. I announced it to my newsletter subscribers and Facebook followers. I hoped to get deep inspiration from God and complete this big writing project during the Christmas break. 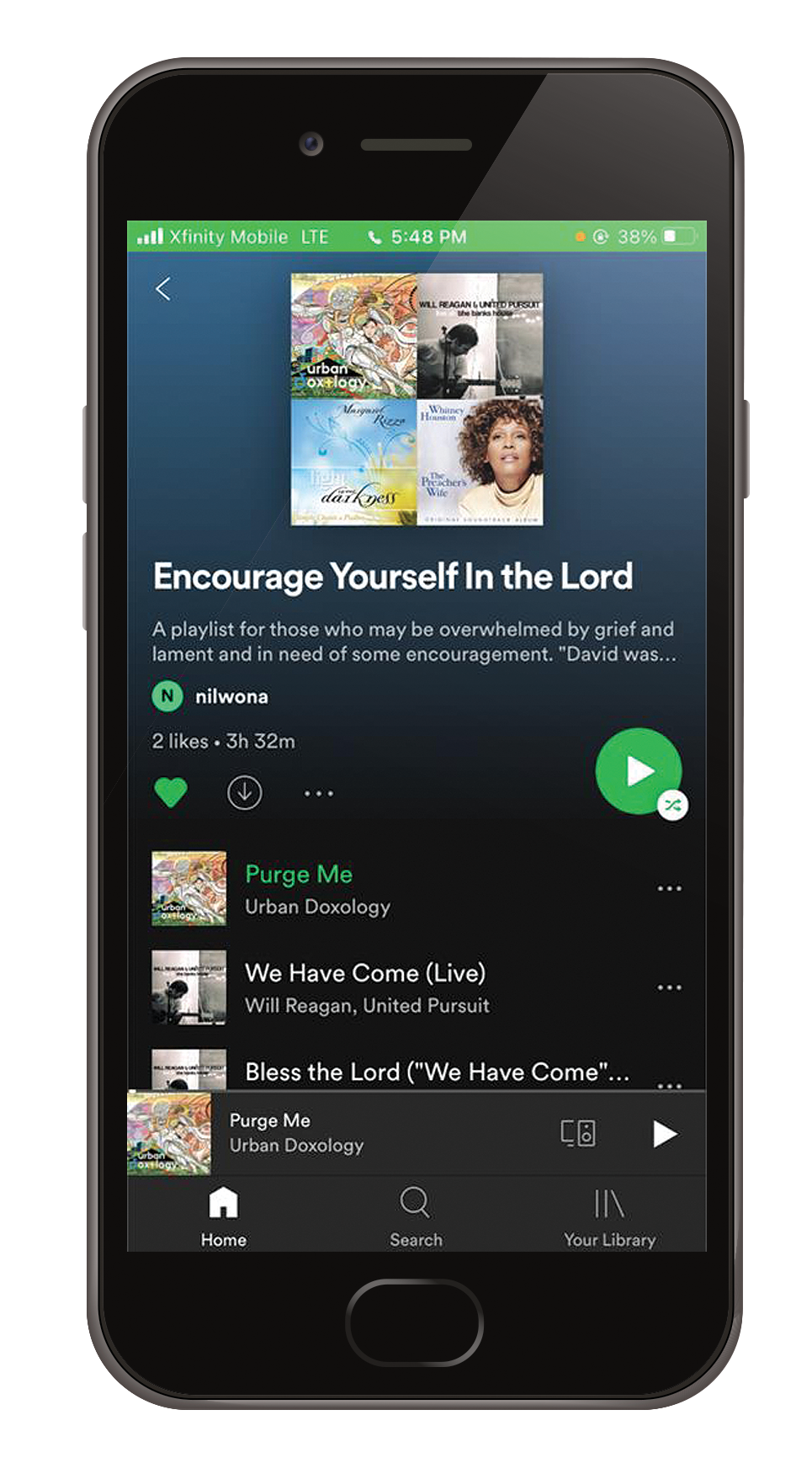 Christmas break arrived, and I sat down with my Covenant Book of Worship and created a document with all of the readings for Lent 2021. I typed out each day of Lent, so there was space to assign daily passages. I felt pretty accomplished at my well-organized template.

Unfortunately, that’s all I created. I ended up spending my break recuperating from 2020. Christmas break ended, January arrived, and I had not written a Lenten devotional. I felt panic creeping up.

So I paused and started reflecting. I remembered a devotional I’d read shortly before New Year’s Eve 2020 that focused on Job’s words, “I know that my Redeemer lives” (Job 19:25). That statement was spoken by a man whose tragic losses mirrored what many of us experienced last year, yet he found this spark of hope amid his extreme grief. I sat with that phrase in the moment I read it, and it keeps coming back to me over and over.

In thinking about all of the loss the past year left at my doorstep and in my heart, I felt the need to move in a new direction. Most people see Lent as a time to lean into lament, but it seemed to me that so many of us have been engulfed by lament for more than a year now. Perhaps what might benefit us more is to lean into joy in the midst of sorrow.

That’s how I started thinking about the scandalous act of creating a Lent devotional about joy. I’m the queen of finding ways to justify procrastination as “research,” so I spent some time reading through the daily reflections I’d written during Lent 2017 and listening to the accompanying songs. It was like slipping into an old, comfortable piece of clothing. It fit perfectly. I decided that I wouldn’t create a written devotional for Lent this year after all. Instead, I curated an “Encourage Yourself in the Lord” playlist for anyone who feels like they could use a bit of joy during this extended season of “unprecedented times.”

“Encourage Yourself in the Lord” Playlist

For anyone who needs some joy during this season.

The list is eclectic, crossing all kinds of genre lines. There are Taizé chants, classical choral pieces, contemporary Christian, and gospel. There’s Kirk Franklin, Jamie Grace, Martina McBride, and even Sam Cooke. Some of the songs remind me of moments when music helped me find my way through intense grief, some remind me of moments when my faith was strengthened, and others remind me of times of joy. Some of the songs just make you want to get up and move! One of my favorites is Dr. Kofi Thompson’s “Africaribb Medley (Most High God).” I first heard this song at a church service in Ghana, and it got into my spirit because it was one of the songs our van driver played during this trip. Listening to the very first song in the list, Urban Doxology’s “Purge Me,” is what convinced me to put these songs into a playlist that could be shared. The words “Jehovah reigns despite our problems / And through the pain / We’ll learn to trust in you” have been strengthening me since I reunited with them.

Revisiting this playlist reminded me of how strongly I connect to God through music and that I need to remember to do that. I plan to keep this playlist in regular rotation during Lent and beyond. Joy during Lent feels “illegal,” but it also feels so necessary now. I think it’s another way to experience the “already/not yet” nature of the kingdom of God.

Nilwona Nowlin serves on the ministerial team at Kingdom Covenant Church in Chicago as well as in several other roles throughout the Covenant. When she is not overthinking or procrastinating, she is working on her long overdue first novel, Closer to Love.