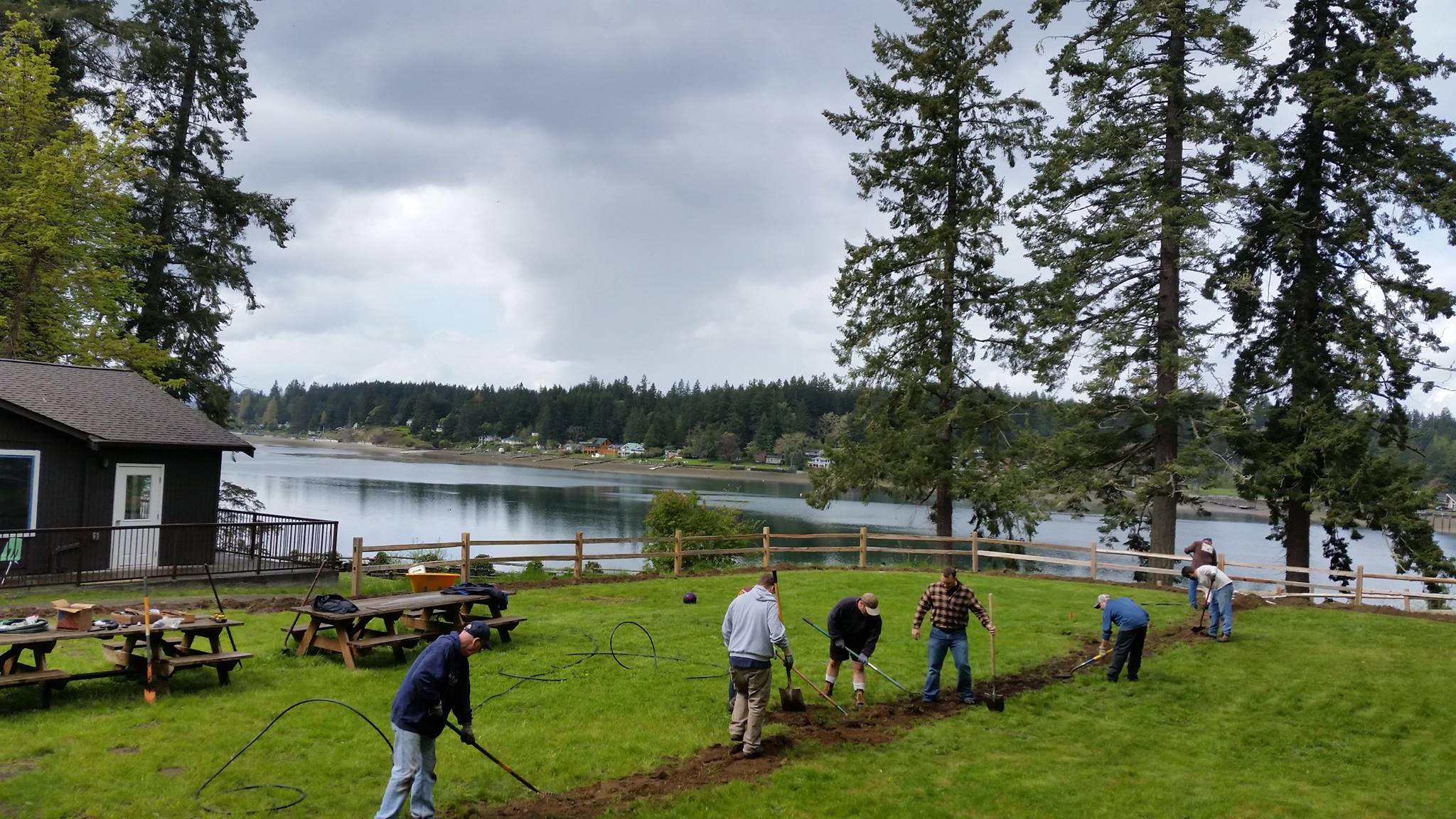 When Michael White, pastor of Harbor Covenant Church in Gig Harbor, Washington, saw the unidentified number appear on his phone, he didn’t answer.

Several days later the caller tried again—this time leaving a voicemail to say he was calling from a foundation in the Midwest who wanted to give the church $100,000.

No one at Harbor Covenant had applied for a grant. White was skeptical, but he returned the call.

It turned out the foundation, which supports Christian ministries around the country, wanted to fund the congregation’s focus on serving others. It had heard about their work serving their community as well as people in need in the Philippines and India.

They asked White to submit a proposal the next week. White made the pitch, and the foundation gave them the lump-sum grant in 2020.

The congregation of some 500 would not have received such a gift nine years ago, White says. He had been serving the church since 2009, but three years after he arrived, he says he became convicted that “I had only cast a vision for ministry inside our doors.” Conversations with a church member as well as another Covenanter who told him, “Money follows mission,” helped lead to that conviction. “People were not motivated to give, because we hadn’t really given them something to give to,” White says.

At a monthly senior adult luncheon, he asked the group how they would describe their church. “Their answers were pretty typical of any congregation,” White says. “We’re warm and caring and a family.”

White told the church that if they didn’t change, they would no longer exist in 10 years, despite their healthy attendance numbers. The congregation agreed.

He asked them to talk with their families, notably their grandchildren, and ask what they thought of the church, which had few attenders in their 20s. “They came back shell-shocked because none of their grandkids said ‘family’ or ‘warm’ or ‘inclusive,’” White says. “They all said ‘judgmental’ and ‘not relevant’ and other things along those lines.”

In response, White told the church that if they didn’t change, they would no longer exist in 10 years, despite their healthy attendance numbers. The congregation agreed.

“They basically said, ‘We’ll do whatever it takes,’” White says. “They were saying, ‘I don’t care if you put drums in the sanctuary and even use them on hymns. If it means my grandkids come, then I’m all for it.’ That’s when the worship wars stopped. That’s when the idea that ‘we have to take care of ourselves’ stopped. That’s pretty much when all the dichotomies we have in church stopped. They realized the things they thought were important were the things that were killing the church.”

At one meeting, the congregation wrote down the names of 55 organizations to which the church donated money. They pared the list to four “signature” ministries where they could make a deeper impact and better connect volunteers to those they were assisting: Covenant Youth of Alaska, a local Easter Seals camp, Youth With a Mission in India, and the Northwest Furniture Bank in nearby Tacoma.

Three years ago the church decided to do a capital campaign to pay off their $550,000 mortgage with National Covenant Properties in order to free up more funds for ministry. As part of that fundraising drive, they decided to tithe to the four ministries. When the pandemic hit, they had given away $25,000.

White confesses to briefly wondering whether the church had made the right decision to pay off the mortgage. He was concerned whether the congregation would be able to cover its operating expenses. But in the first weeks of the pandemic, the church distributed $50,000 in grocery gift cards. They also donated money to a collective in the Philippines and to villages in India.

“Our congregation was thrilled we were able to help so many people,” White says. “Then, the money was gone, but the need wasn’t.”

That’s when the call from the grantor came.

Even before the capital campaign, the congregation was becoming more aware of the needs in their own community. They connected with a local elementary school, says White, whose wife, Megan, works at another school in the district. “People were flabbergasted to find out that people without winter coats live within a mile of our church. Now there’s just a huge awareness.”

Since that time, “We have learned to do the hard work of looking around us,” White says. That has meant developing deeper relationships with people in the community. They now have a greater awareness of their neighbors’ needs.

By the end of February, the church had donated the entire amount of the grant, White says.

White says the church has changed the way they choose which activities to engage in. Everything must be connected to three organizing principles: Reach people for Christ; develop disciples who develop disciples; and live lives of compassion, mercy, and justice.

“Everything we do is filtered through the lens of asking, ‘Does this help us achieve our organizing principles?’” White says. “If the answer is no we don’t do it. And, importantly, it has to do all three or we don’t do it.”

For example, he says, when they consider hosting a brunch they ask how will it reach people for Christ. “Well, we’d better invite our friends who don’t know Jesus, and we better make it not too churchy so they’ll be comfortable, and we better find a creative way to invite them to take another step toward faith.”

By centering on their core principles, Harbor Covenant avoids becoming overly busy with activities that might draw energy and funding away from its signature ministries. “It keeps us focused beyond ourselves,” White says.

“Through my role on our leadership team, I was able to play a small part in our church’s transformation to an outwardly focused congregation, and it has been immensely gratifying to witness this shift in focus,” says Mike Hagen, former chair of the church. “Making the change required years of focus, determination, and consistent messaging. It means the world to me to know that my children, who were raised in this church, count service to others as a part of their core values.”