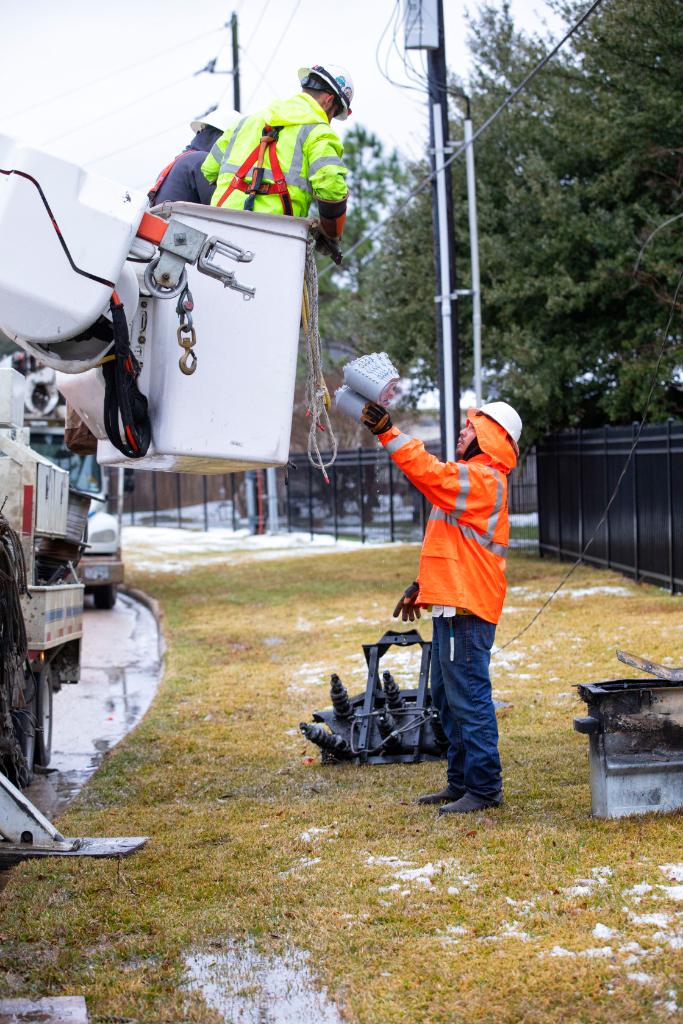 “Almost all ECC pastors and churches in Texas and Oklahoma have been impacted,” Bolinder said. “Many of the people with water damage have had no water for several days. Water shortages and food shortages are emerging as new realities.”

Temperatures have plunged into the single digits for nearly a week, with more days of frigid temperatures predicted. “Multiple families and friends are huddled together in homes that do have heat,” Bolinder said.

At least 21 people have died in Texas since last Thursday due to the conditions, according to state officials. Those officials, as well as the federal government experts, have said that the Texas power grid was not equipped to handle the snow and plunging temperatures.

“We’ve lowered the thermostat and opened our faucets to prevent pipe burst,” said Josef Rasheed, pastor of CrossRoads Covenant Church in DeSoto, Texas, who has another family staying in his home. “Our blinds remain closed to keep the heat. All unused and nonessentials are unplugged to relieve the grid of possible drain,” he said.

Pastor Rodney Gadsden’s home sustained severe water damage. He and his family have moved into a hotel.

In the Houston area, most people have been without power for days.

“The last few nights have been a nightmare for most of our people,” said Grace Lin, family pastor at Access Church in Houston. “A majority of them did not have heat, and all the hotels have been booked up. Most of Houston either has no water or they’re under a boil water advisory.

Many of the members have suffered burst water pipes in their homes.

Our church building is available as a warming center though water pressure is too low to use the restrooms,” Lin said.

She also asked that people would continue to pray because sub-freezing temperatures are predicted for at least the next two days. After the freeze passes, the struggles will remain. Lin notes that  “most plumbers aren’t available for weeks. Children and elderly are the most vulnerable.

The deep freeze has impacted other states as well. Many of the members of Covenant congregations in Tulsa and Oklahoma City have suffered burst pipes and are without power. Redeemer Covenant Church in Tulsa has become a shelter for people without power and heat. The church also has provided assistance to another church across the street whose pipes burst.