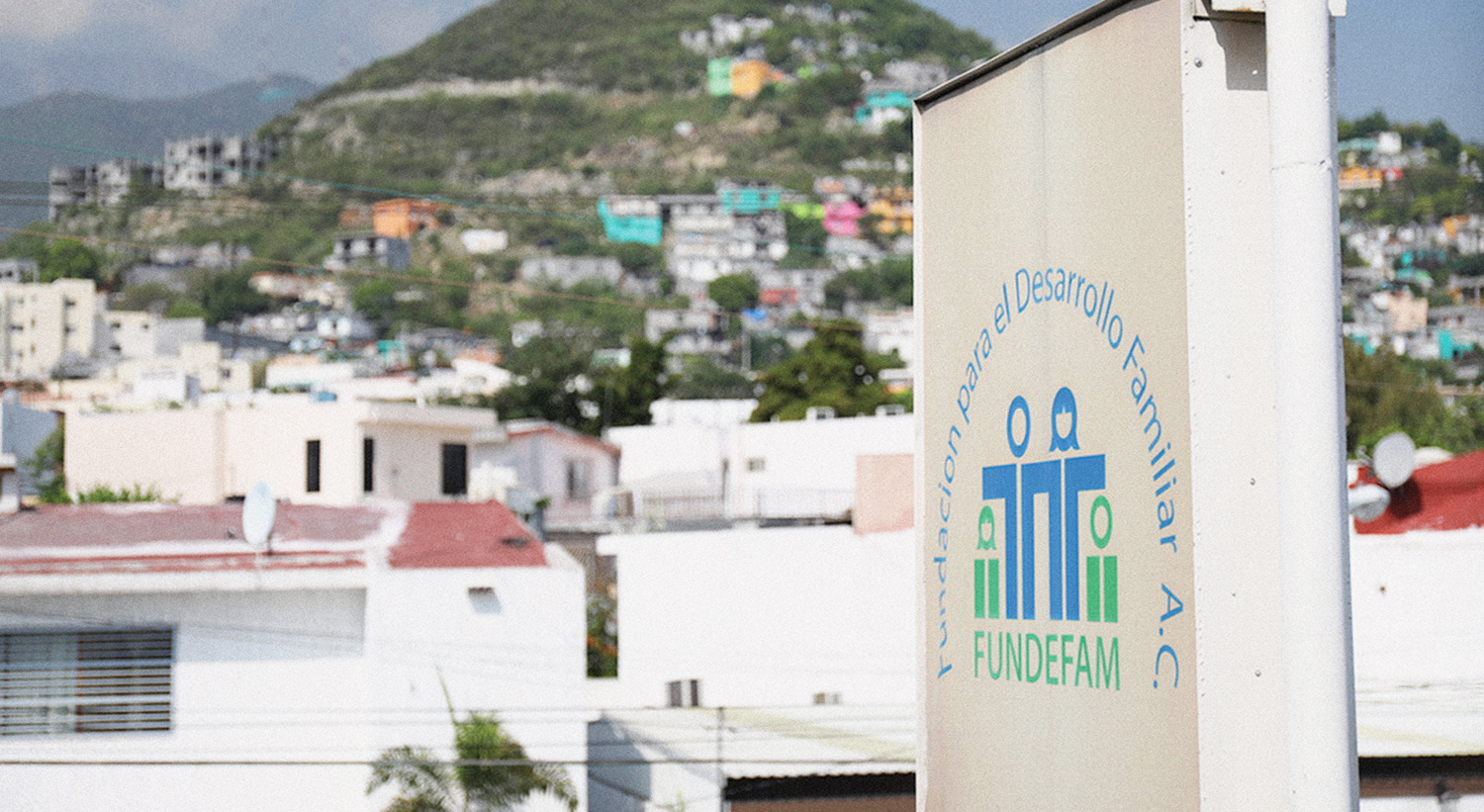 As a teenager, Keyla Castro Amaro was afraid every day as she walked through her neighborhood in Monterrey, Mexico. It was the early 2000s, and drug cartels were battling for control of the area. Innocent people had been killed by stray bullets, and the community was being terrorized by violence. Castro begged God to make her invisible so she would be safe.

“I know God protected me,” she says today. 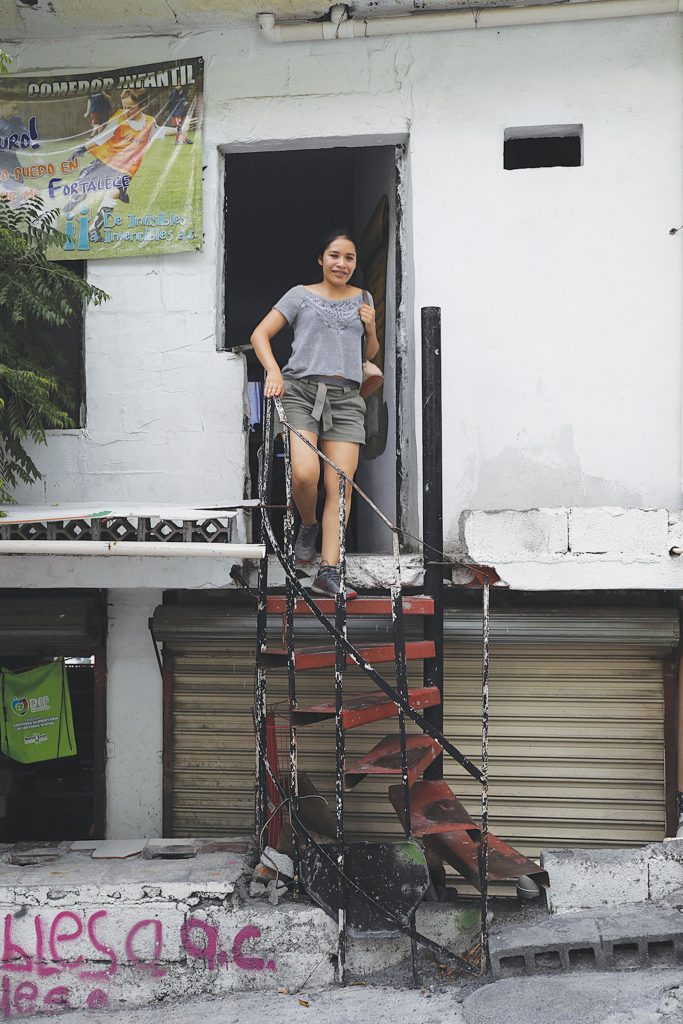 Castro and her parents lived in an apartment above the small convenience store they operated out of their garage. Her father pastored a house church that they started decades ago. One day her mother was making soup outside to share with local youth when Covenant global personnel Lisandro and Patty Restrepo were walking through the neighborhood.

They invited Castro to come to the ministry. She soon began participating in Fundefam programs.

She met other students and got to know the Restrepos, as well as Nils and Erika Clauson, also Covenant global personnel working with the ministry. As time passed, Castro began to mentor other students and help lead some of the camping activities and Bible studies.

A conversation with one young boy she was mentoring spurred her to study psychology. She learned that he had experienced abuse, and he asked Castro what he could do. “But I didn’t know,” she says, the pain of that moment still fresh. “And then I felt I wanted to be a psychologist.”

But no one in her family had ever been to college. With no money for tuition, her parents tried to protect her from disappointment, encouraging her to study to be a beautician instead. But Castro laughs as she says there was no way that she could do that. She had a dream that she was convinced God had placed in her heart.

When she went to Lisandro Restrepo for help, he suggested they might be able to find her a scholarship. They applied to several organizations, but Castro was turned down repeatedly. She went to the local university to interview for a scholarship. The hurt flashes across Castro’s face as she describes how the woman interviewing her scolded her, saying, “Tell your parents to go to work.”

Castro went home crushed. She cried for three days, at a loss for why God had put a dream in her heart without providing the way to achieve it. Lisandro tried to encourage her. They would try again, he said. She continued to cry out to God. “But really I didn’t pray—I just cried because I felt so bad.”

After three days, the woman who had humiliated her called, saying she had been unable to sleep after rejecting Castro. She feared she would not get a night’s rest until she awarded Castro a scholarship. The woman asked Castro to come to her house immediately to sign the paperwork. Then another organization called back to say they had made a mistake and would grant her a scholarship. In the end, all Castro’s expenses were paid. She went on to get her master’s degree at the university, again on scholarship.

Now Castro is a leader at Fundefam, where she facilitates the youth program. She also teaches at a university, helping students there who come from backgrounds similar to hers, and runs a private counseling practice.

Claudia Garza, Fundefam’s executive director, says, “I was always praying for Keyla. She has a very strong call about her community. She has a humble and obedient heart before God.”

“People began knocking at the door of our
home day and night begging to be let into the class.”

Like Castro, Garza models the hope of Covenant global personnel John and Letha Kerl when they started Fundefam 20 years ago.

The Kerls arrived in Monterrey in 1993. The city of three million residents is the industrial center of the country, 135 miles from the southern tip of Texas. Signs advertising American businesses as well as large Mexican enterprises are visible along the highways that run through the heart of the city.

Their plan was to start a church, but the new plant struggled. They started a parenting class for the community as a way to introduce people to the new congregation. Later, John wrote that “People began knocking at the door of our home day and night begging to be let into the class.” Thirty-seven couples, including the Garza and her husband, attended the first class. Once they completed the course, they were still hungry for more. So the Kerls started a marriage class based on the book The Five Love Languages, by Gary Chapman.

As the classes grew, the Kerls began offering the courses at the local school. By 1999, they signed papers that formalized the incorporation of the Family Development Foundation. The activities of the ministry were growing so fast that they decided to purchase a building as well. 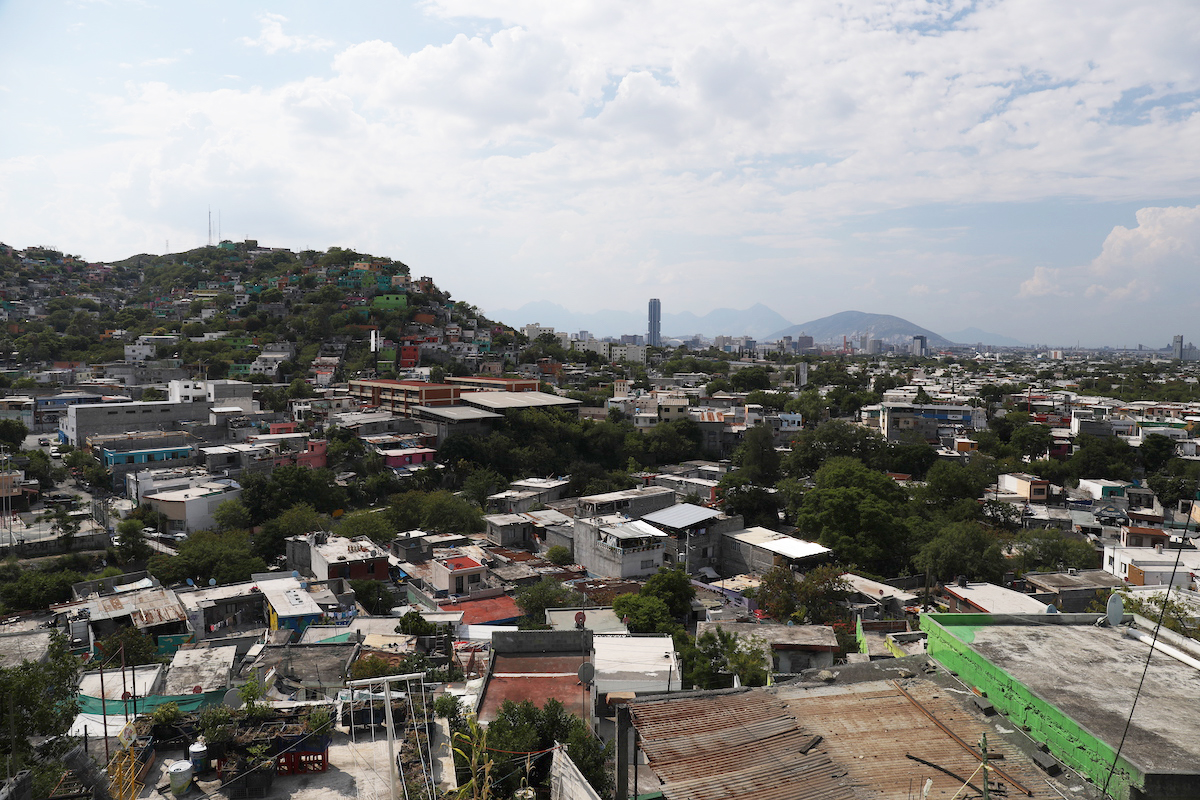 The group eventually learned of a property that was available in an ideal location on a well-traveled road, less than two miles from a major university and on the outskirts of the Dos Cerros neighborhood. Using funds from Covenant World Relief and Development and Friends of World Mission, they purchased the second floor of the building.

“When we got the key, I literally had to crawl up the steps on my hands and knees and belly because it was so overrun by vines with thorns,” John Kerl says. “When I opened the door, the floors were so dirty that we had no idea what they were made of.” The ceiling had extensive leaks. One of the doors fell off the hinges when a volunteer opened it. The building had no air conditioning. Windows on the bottom floor were broken out, and people who were homeless were sleeping there.

Families who had been taking classes were invited to help clean up the second floor, and they came with buckets, brooms, and mops. It took three months to clean and prepare the building for occupancy.

The Kerls continued to teach the parenting and marriage classes, while adding others. Mothers brought their children to Fundefam for kids’ programs. The ministry became a sort of community center, adding programs such as youth clubs, moms’ groups, English classes, violence-prevention courses, Bible studies, a cyber cafe and tutoring center, as well as a summer vacation Bible school. 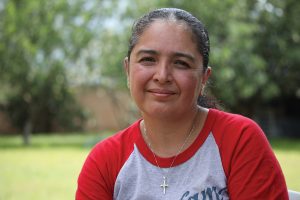 One of Fundefam’s main goals was to help the community see residents as their own best resource. But unemployment rates in the area far surpassed the national average. Many children didn’t go to school, let alone graduate from high school or go on to college. And the violence caused by the drug cartels continued.

Initially, community members came to Fundefam to hear from experts, says Lisandro. “Authority is very respected in the culture.” What they found, however, were local facilitators who helped people grow in expertise.

“People got training and then they took the information and skills back to the community,” Patty says. Residents also began to step up to help lead the organization.

When the government began a campaign to break the control of the cartels, the violence escalated, leaving several hundred thousand people dead. Residents urged global personnel such as the Restrepos to stay away. “During the cartel crisis, people in the community said to me, ‘Lisandro, please do not show up here anymore. You are in danger.’”

“It was hard for us because we really wanted to be there,” Patty says.

They continued to assist Fundefam but did not return to the area for four years. During that time more community members were becoming leaders. By 2010, Garza and another woman, Sandra Cazares, had risen up through the ministry.

In 2012, the Restrepos participated in a ceremony recognizing a complete “handing over of the baton” to local Fundefam leaders. The ceremony closed with a mutual act of blessing as each participant was invited to tie white string around the wrist of another participant while offering them a blessing.

In recent years, the crime has dissipated but is far from gone. The neighborhood still faces daunting challenges. “Now we are going out to the community again individually,” Garza said in 2019. “We invite them to programs. We have a women’s group. We have a kids club. We still don’t go at night, but we can do the programs during the day.”

The area has improved to the point that in July 2019, the ministry began welcoming mission teams for the first time in 10 years. A small group from Edgebrook Covenant Church in Chicago arrived to assist with multiple programs, including a women’s retreat and making upgrades to the building. Their visit was arranged through Merge, a ministry of Serve Globally, which hopes to resume in-person trips next summer.

The government, outside businesses, and the university nearby have started to support Fundefam’s work and have launched their own efforts to invest in the community, such as developing roads and staircases that stretch several hundred yards up steep hills.

When Castro was in college she was walking to school in the rain one day because she didn’t have the money to pay for transportation. A vehicle passing by drenched her with water. When she arrived at school, she saw a student getting out of a new Camaro, and she complained to God about the injustice of the inequity. Today she recalls God telling her, “I need you to stay here. And you need to learn.” She realized she needed more education so she could serve others.

That’s when Castro says she learned she was a person of value regardless of what she owned or didn’t own, but because of who she is. Until then, she’d been ashamed to admit to her classmates where she came from. But she started sharing her background and her history. Eventually the head of the university heard of her story, which led the school to begin a relationship with her neighborhood. They threw an annual party for the neighborhood children and began providing educational assistance to students who wanted to attend college.

Keyla Castro with her parents, Rosalinda Amaro Villareal and Arnulfo Castro Sandoval. Her family was devasted in November when her father passed away after contracting the coronavirus.

Both Fundefam staff and people they serve have lost relatives and friends to Covid-19, including Castro’s father, Arnulfo Castro Sandoval. Many family businesses were affected. Others have lost their employment as companies closed or families cut back on domestic help.

The most immediate need was food, so Covenant World Relief and Development provided a grant to assist Fundefam as they worked with other organizations and donors to help feed 120 families. They also launched online programming and a weeklong virtual summer camp as well as youth meetings that included joining teens involved with organizations supported by CWRD elsewhere in Latin America. In August, they offered online courses for women in painting, flower-arranging, and violence-prevention workshops.

“Holding the workshops and classes online has brought encouragement to the community,” Garza says. “Even at a distance, people are able to remain united. The classes also are helping them overcome the anxiety that many people are suffering due to the pandemic.”

They are determined to continue serving their community, Garza says. Their goal is for people to experience the words spray-painted in front of the store owned by Castro’s family: “De invisibles a invencibles,” or, “From invisible to invincible.”