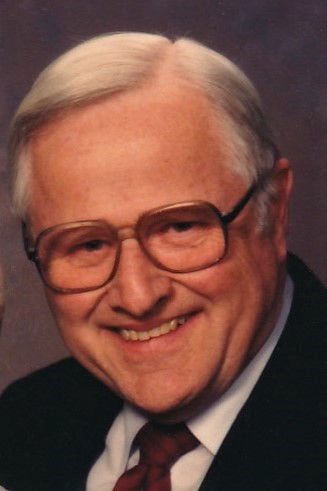 The son and grandson of Swedish immigrants, Eldon was born on May 16, 1928, in Escanaba, Michigan, to Edwin and Elsie Johnson.

Eldon oversaw the construction of three new church buildings and the expansion of two more churches, including his childhood church in Gladstone, Michigan. He also participated in short-term mission trips to Haiti and Ecuador.

Over the course of his ministry, Eldon led many people to Christ and championed issues of justice and racial equality.

Upon his retirement in 1993, Eldon and Harriet moved back to Gladstone before relocating to the Covenant Village of Northbrook in 2006.

Throughout his life, Eldon loved to spend time in nature, particularly at the family cabin on Hagerman Lake in Iron River, Michigan, where he had a great appreciation for the trees of the Upper Peninsula. Eldon also loved to garden and was a prolific woodworker and carver.

Due to Covid-19 restrictions, a memorial celebration will be held at a later date.