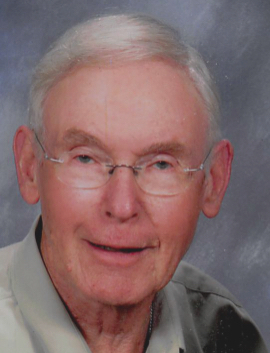 He was born March 9, 1932, in Kingsburg, California, to Franklin and Hildur Lagerstrom.

They served churches in East Hampton, Connecticut; Princeton, Illinois; and Davis, California. He also served as associate superintendent of Pacific Southwest Conference. Other ministry roles included serving as a spiritual director for northern California with Bread of Life Ministries and in Santa Barbara.

Ron sensed the call to ministry when he was seven years old after hearing his uncle, Paul F. Erickson, speak at the Kingsburg Covenant Church.

Ron helped to pioneer the practice of spiritual direction in the Covenant and ministered to many Covenant clergy. “Spiritual direction is like a sanctuary where I can be who I am and be loved, affirmed, and guided in my own life of the Spirit,” he said. “It’s truly a gift to have someone open up their life before me in a significant, personal way, and to explore with them how God is in that life.”

Ron also loved singing from The Covenant Hymnal and leading others in singing. At the end of worship services and small-group gatherings, he would often end with “We Are One in the Spirit.”

He is survived by his wife, Velma, and two children, Larry Lagerstrom (Lori Randles Lagerstrom) and Glen Lagerstrom (David Teeter); and two grandchildren.

Memorials may be directed to the Bread of Life Center, 1260 Fulton Avenue, Suite A, Sacramento, CA 95825.