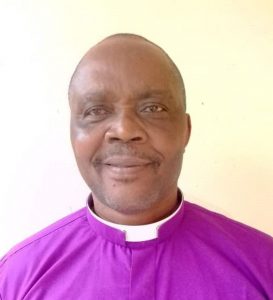 The assembly had been scheduled for late April, but Covid-19 disrupted all travel and meeting plans for months. Nearly 1,250 people attended the opening worship, and there were 236 registered delegates.

Delegates traveled by bicycle, motorcycle, foot, truck, and plane to attend the meeting. Some traveled up to 10 days due to the great distances and lack of infrastructure.

Duale, 63, earned his master’s degree in theology from the Protestant University in Kinshasa, and has served as a parish pastor in Bokonzo. He has served as the conference superintendent of the Bokonzo region as well as the Gbado-Gboketsa region. He also served as head of the Department of Evangelism and Mission. He is the son of the late Duale Lengena, who served as president from 1984 to 1992.

Abulu, 49, earned his master’s degree in theology from the Protestant University. He has served several parish pastorates and as conference superintendent in Mbandaka since 2018. He also has taught at several CEUM schools.