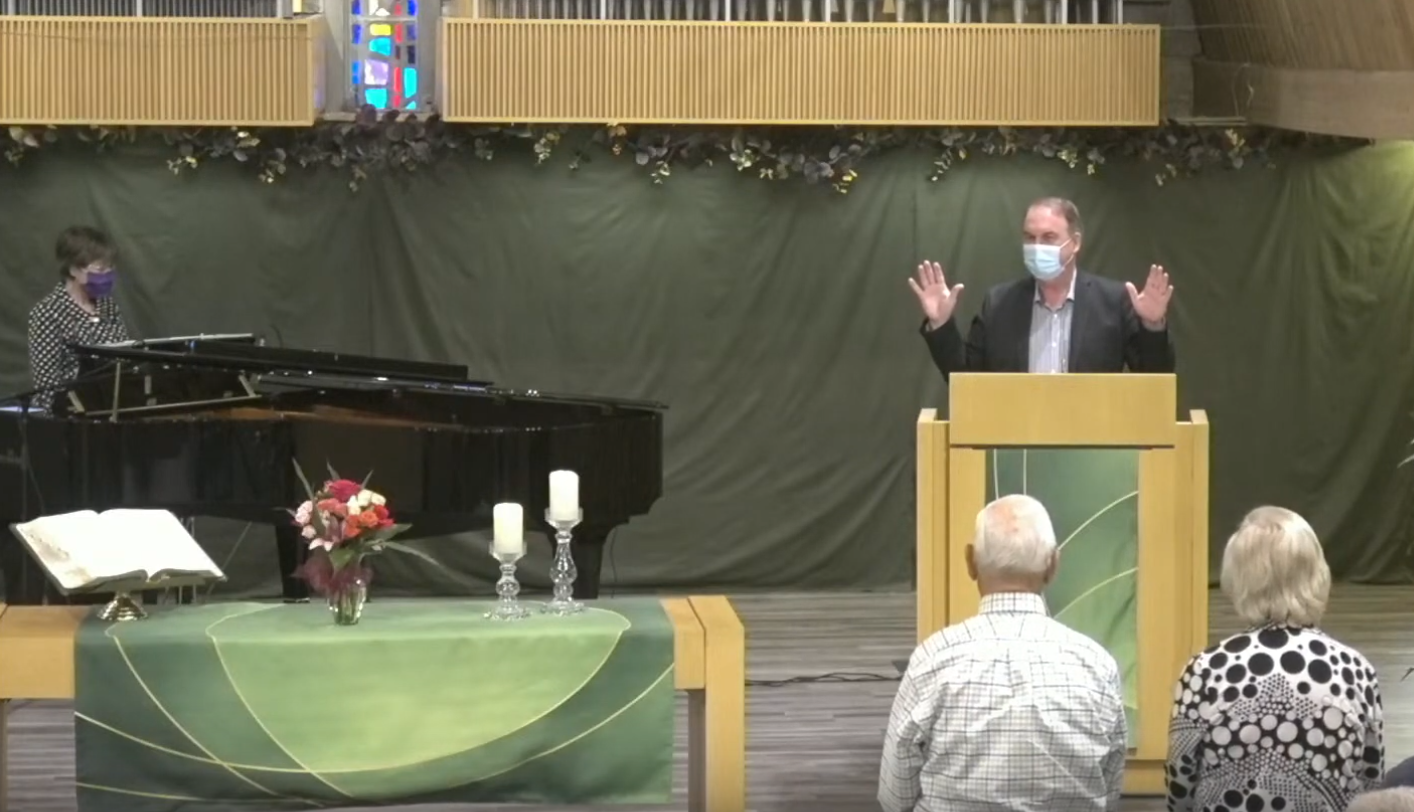 Evangelical Covenant Church congregations who had returned to limited, in-person services are again deciding whether to worship entirely online, due to record spikes in coronavirus deaths and hospitalizations amid the worsening pandemic.

More than 240,000 people in the United States have died since the pandemic began—a number that is expected to rise to as many as 350,000 by the end of the year, according to government officials. Last Friday, Anthony Fauci, the country’s leading infectious disease expert, said in an interview with CNBC’s The News with Shepard Smith “We’re in for a whole lot of hurt. It’s not a good situation. All the stars are aligned in the wrong place as you go into the fall and winter season, with people congregating at home indoors. You could not possibly be positioned more poorly.”

Northwest Covenant Church in the Chicago suburb of Mt. Prospect, Illinois, had started welcoming a limited number of people back into the building for in-person worship on October 18. Attendees registered in advance, wore masks, and had their temperatures taken at the door.

But a record spike in Illinois cases caused the church to go back entirely online just two weeks later, a week after Illinois reported 2,702 new daily cases. On October 30, that number soared to 8,519 cases. The state continues to set records, with 11,356 cases recorded on November 5.

Northwest will conduct its services online and regularly re-evaluate, said pastor Kurt Carlson. He added that it was disappointing to cancel in-person worship but that it was the right decision.

Covenant congregations throughout North America have responded to the pandemic in various ways. Some have not imposed restrictions on worship. Others have moved in stages to some form of hybrid services.

Chad Pickering, pastor of New Life Wichita, a Covenant congregation in Kansas, said his church’s recent decision to reopen with chairs distanced six feet apart was made in part to address the negative psychological effects that isolation was causing some members of the community.

Researchers with the Centers for Disease Control and Prevention, conducted a national survey in June that found “markedly elevated prevalences of reported adverse mental and behavioral health conditions associated with the COVID-19 pandemic.” Isolation has been a contributing factor, they said.

Highrock Covenant Church in the Boston area has decided it will not resume in-person worship services until September 2021.

Boston saw some of the earliest Covid-19 cases last spring. “We actually got letters from our neighbors—our non-Christian neighbors—begging us not to meet,” said pastor David Swaim. “I realized that it’s very difficult to do evangelism during the pandemic, but I thought this was an easy way to show that we care more about our neighbors than we do ourselves.”

Many of Highrock’s members work in health-related and research field and have told church leadership that the virus would continue to be a problem at least until the middle of next year, Swaim said.

The decision not to meet in-person until next September has reduced some stress on the staff, Swaim said, because it relieved their worry about how and whether the church would re-open in the next several weeks or months. They can now focus efforts on long-range planning.

Gillespie noted that many people in her congregation are working from home because their employers adopted work-from-home policies during the pandemic. “Our council has concluded that there is much danger still, and if most people are not coming into harm’s way via their jobs, it hardly makes sense to invite them into danger at church. In addition, by meeting via Zoom, we can sing together, out loud! If we were meeting in-person, we’d have to stay farther apart and there would be no singing. That doesn’t feel like it would be better to us. We do, of course, look forward when we can be with each other safely, but we want everyone to be there.”