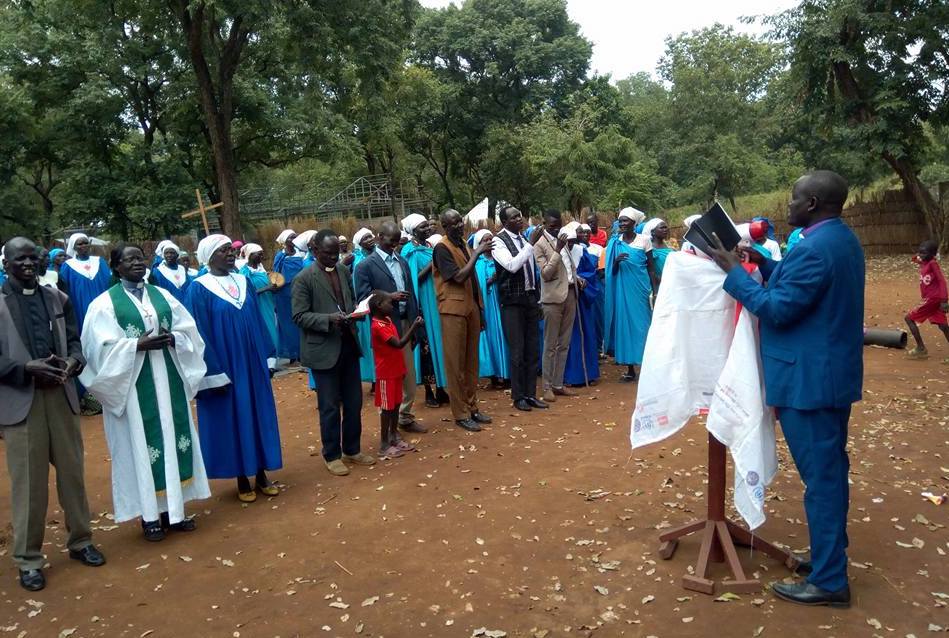 Mathew Jock Moses, president of the Evangelical Covenant Church of South Sudan and Ethiopia, preached recently to a gathering in the Jewi Refugee Camp in the Gambella region of Ethiopia.

The Evangelical Covenant Church of South Sudan and Ethiopia is once again on the verge of being caught up in a civil war, this time in Ethiopia, where members had fled several times amid bloody conflict in Sudan and South Sudan in recent decades.

Ethiopia is home to more than 400,000 South Sudanese refugees, including the members of ECCSSE leadership who have taken refuge there. In 2013, the ECCSSE set up its offices in the country’s Gambela region.

Last Wednesday, Abiy Ahmed, the prime minister of Ethiopia and 2019 winner of the Nobel Peace Prize, surprised the country by announcing he had sent troops to the Tigray region, which borders Eritrea, in response to alleged attacks by the Tigray People’s Liberation Front (TPLF).

The TPLF dominated Ethiopia’s military and governing coalition for 30 years before Abiy took office in 2018. Abiy instituted broad political reform, but the TPLF felt marginalized by the power shifts and left the coalition that year.

The TPLF rejected Abiy’s call to push elections back a year due to Covid-19.

“The Tigray region has conducted their own unilateral election and declared the federal government to be illegitimate,” said Mathew Jock Moses, president of the ECCSSE.

“The looming civil war will be more devastating and more dangerous, especially for refugees in Ethiopia,” Mathew said.

The ECCSSE has been a longtime partner of Serve Globally and Covenant World Relief and Development, which has helped fund crisis relief and the church’s extensive peacemaking work among warring South Sudanese tribes.

Observers inside and outside of the country fear that any conflict could spread across Ethiopia and subsequently involve neighboring countries. Ethiopia is one of Africa’s most populous and heavily armed nations.

“We are asking your prayers for the people of Ethiopia to come to their senses and reconcile among one another as brothers and sisters,” Mathew said in a letter to Al Tizon, executive minister of Serve Globally, and others. “We want your prayers for the political leaders of Ethiopia to put the interests of their people above their own.” He wrote that ECCSSE leadership had devoted themselves to prayer for peace in the United States. He also asked for prayers amid ongoing flooding in South Sudan that has claimed thousands of lives and “destroyed the livelihoods of millions of people across the fragile State that has been ravaged by the conflict. The flood is very horrible and appalling.”

Still recovering from its own civil war, the South Sudan government is overwhelmed by the need, Mathew said.

According to the World Food Program, the flooding is the worst in 60 years, partly because this year’s rains fell before last year’s flood waters had fully receded. The WFP said that flooding already was “unprecedented” and the growing disaster has caused 5.5 million people—about half of the country’s population—to need humanitarian assistance.