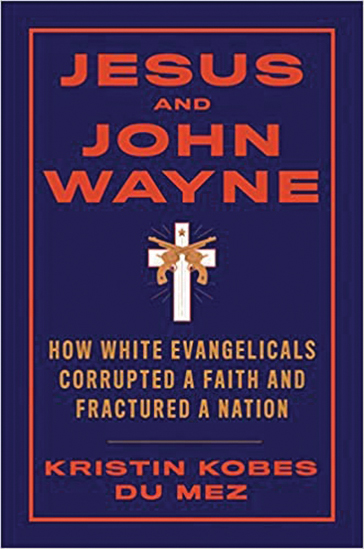 On Mother’s Day in 2019, Beth Moore preached from a Southern Baptist pulpit, as she had done more than a dozen times in her 40-year career as a Bible teacher, conference speaker, and author. Moore’s Living Proof Ministries focuses on women’s discipleship, and her ministry has impacted the lives of millions of women around the world.

But Moore had become increasingly vocal, speaking out against sexism, and Southern Baptist leaders were swift to respond. During his Truth Matters conference several months later, author and evangelical pastor John MacArthur was asked to respond with a phrase to the name “Beth Moore.” His quip, “Go home!” was greeted with guffaws and applause from a largely white, male audience of Southern Baptists committed to the denomination’s official complementarian theology that excludes women from ordained ministry, emphasizes female submission, and argues that men and women have different but complementary roles and responsibilities in marriage, family life, and religious leadership.

MacArthur continued: “Just because you have the skill to sell jewelry on the TV sales channel, doesn’t mean you should be preaching.” Later during the same conference panel, he asserted that the church has been “caving” to women preachers and feminists whose only goal is power, not equality. “When you literally overturn the teaching of Scripture to empower people who want power, you have given up biblical authority,” MacArthur said. For him and millions of other American evangelicals, the Bible is clear: women were created to complement men in ministry, family, and public life.

A little closer to home, Covenant women clergy have been waiting for more than 40 years for the church to deliver on its promise not only to ordain women to pastoral ministry but to integrate them fully into pastoral leadership. In “Four Decades Later: Credentialed Clergywomen in the Evangelical Covenant Church,” sociologist Lenore Knight Johnson conducted scores of interviews with ordained Covenant women and found that statistically few women serve in senior or solo pastor roles. Those who do largely serve churches of under 100 members.

In Johnson’s study, one woman wrote, “It is still accepted that churches do not have to embrace or even believe the biblical teaching on women as pastors”; another wrote that the ECC often seems like a “good old boys club” that persistently models the use of masculine language. As an American evangelical denomination with an ethnic heritage, the ECC officially affirms women in ministry, but in practice, women continue to face significant obstacles to ministerial vocational inclusion.

In Jesus and John Wayne, Kristen Kobes Du Mez, Calvin College professor and scholar of American religion, helps us understand the Beth Moore controversy and the Covenant’s complicated efforts to affirm women in ministry through her straightforward but controversial thesis: for the last century, American evangelicalism has been indelibly shaped by aggressive masculinity.

That masculinity relies upon a culturally constructed interpretation of the Bible that affirms a framework of white masculine power, family values politics, and a militant defense of Christian America. In response to the threat of Cold War communism, ’60s-era cultural liberalism, and global terror, evangelicals increasingly embraced a political conservatism to construct a culture that features aggressive masculinity, violent nationalism, and female submission.

Many who read this book, and this review, for that matter, will find Du Mez’s thesis harsh and culturally charged. It is. Whether or not readers agree with all of her arguments, Jesus and John Wayne offers discerning evangelicals the opportunity to reflect carefully on their view of the world and women’s place in it, and how that view has been shaped both by Scripture and a prevailing cultural conservatism with a specific narrative history.

Du Mez is not arguing that every American evangelical is a misogynist; rather, she carefully examines the construction of an evangelical culture communicated through revival preachers, radio programs, Christian music, and an extensive Christian publishing industry. To illustrate the aggressive masculinity at the core of evangelical culture, she cites Billy Graham who wrote that prior to his conversion he thought religion was “more or less sissy,” something well suited for “old people and girls, but not for a real he-man with red blood in his veins.”

Reckoning with who we really are
and how we have been shaped by a particular
history can open evangelical Christians to healing.

In his conversion narrative Graham used athletic and military metaphors, arguing that Jesus was no sissy, but a “star athlete” who “could become your life’s hero.” Reflecting his post-war nationalism, he argued that the Christian life was “total war,” and Jesus was “our Great Commander.” To Graham, Jesus was “a man, every inch a man,” the most physically powerful man who had ever lived.

Throughout her book, Du Mez describes a host of evangelical pop-culture heroes who helped construct the aggressive masculinity that shape the movement. She discusses Marabel Morgan’s The Total Woman, which argues that it is God’s design for women to be under the rule of men, and to be fully submissive, as well as sexually adventurous in order to please their husbands. Also, Elisabeth Elliot, in Let Me Be a Woman, argues against gender equality in favor of what she calls biblical hierarchy.

Du Mez takes the reader from the 1970s to the present on a cultural tour featuring Bill Gothard’s dismissal of “dating” in favor of “courtship,” James Dobson’s affirmation of patriarchal power, and Tim and Beverly LaHaye’s description of the ideal, submissive Christian marriage. For the LaHayes, subordination was theological, social, and sexual: “The very nature of the act of marriage involves feminine surrender.” In language that would resurface in countless subsequent books on evangelical masculinity, the LaHayes assured men that women desired their heroic masculine leadership: “Lurking in the heart of every girl (even when she is growing up) is the image of prince charming on his white horse coming to wake up the beautiful princess with her first kiss of love.”

The evangelical ideal of the submissive wife is traced through the ’80s and ’90s through the writings of Jerry Falwell, the Promise Keepers movement, and the Reformed theological writings of John Piper and Wayne Grudem, whose Recovering Biblical Manhood and Womanhood cemented complementarianism as a central theological tenet among American evangelicals. Du Mez concludes with an analysis of John Eldredge’s Wild at Heart, and the teachings of disgraced founder of Mars Hill, preacher Mark Driscoll.

In perhaps the most important chapter of the book, Du Mez closes with a survey of the numerous cases of sexual abuse and harassment among evangelical leaders over the last 40 years. It turns out that the dominating vision of Christian masculinity taught by people such as Doug Wilson, John Piper, Mark Driscoll, James Dobson, Doug Phillips, and John Eldredge that featured patriarchy and submission “promised protection for women but left women without defense, one that worshiped power and turned a blind eye to justice, and one that transformed the Jesus of the Gospels into an image of their own making.”

Jesus and John Wayne delivers a powerful message that deserves a wide readership. Reckoning with who we really are and how we have been shaped by a particular history can open evangelical Christians to healing. Few will agree with everything Du Mez writes, but every evangelical community should be discussing the role aggressive masculinity has played in shaping our theology so we can live more like the beloved community where every person is encouraged and empowered to serve God and one another with freedom and mutual love. 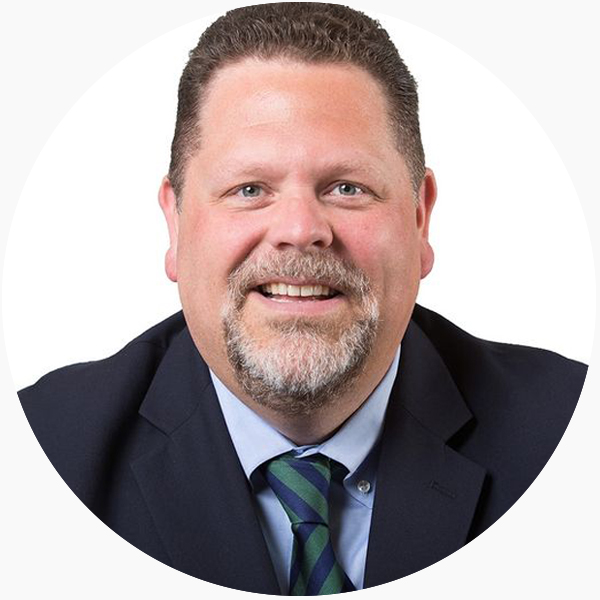 Kurt Peterson is the executive director of the College of Lake County Foundation, where he works to help make it possible for first-generation and low-income students to go to college. In a previous life, he was an academic historian who studied evangelicalism. He attends North Park Covenant Church in Chicago.