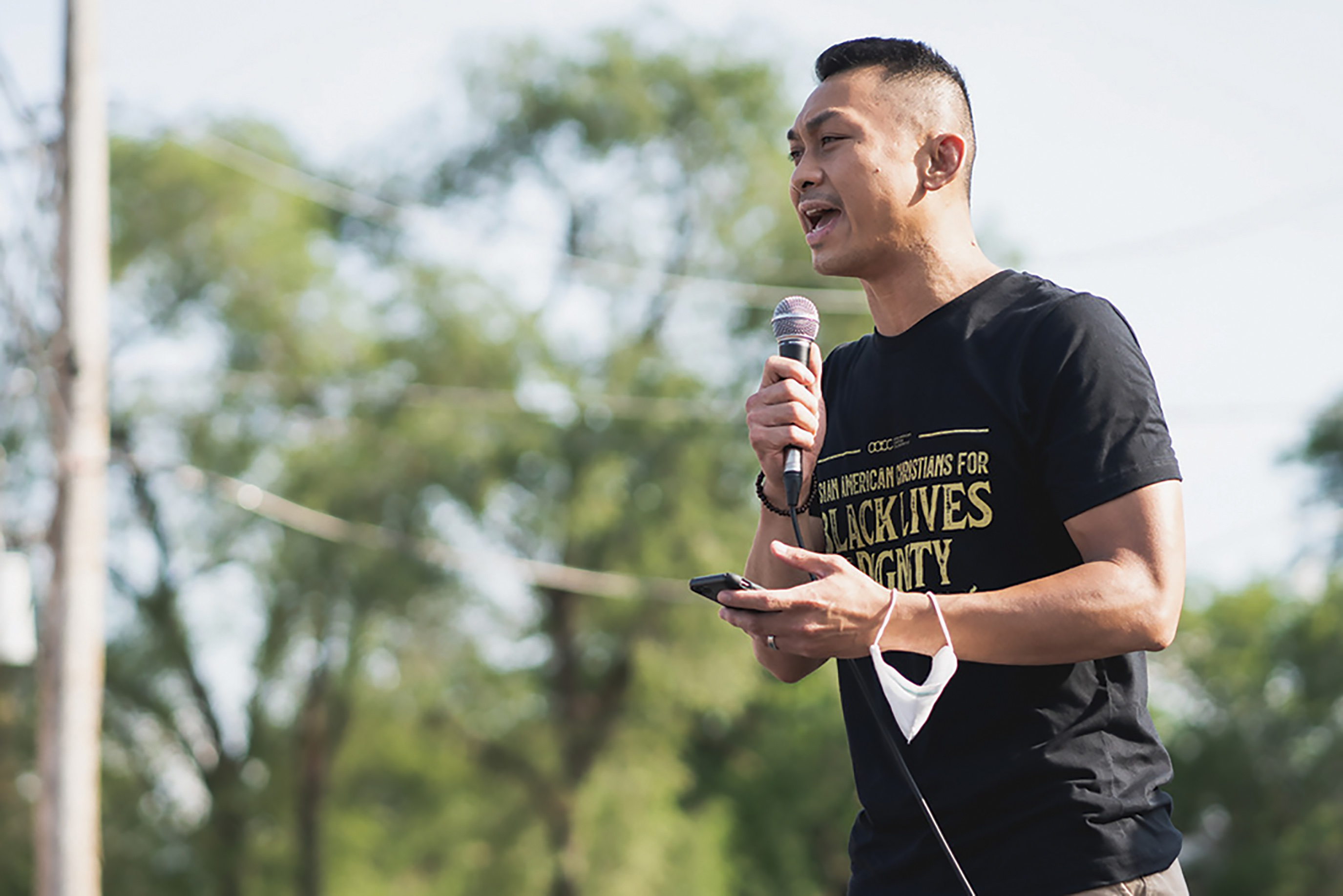 In June, members of the AACC helped organize a march for justice in Chicago. The primarily Asian crowd marched to support Black Lives Matter for about two miles—starting at one of the oldest Chinese Protestant churches in the Midwest, the Chinese Christian Union Church (CCUC) and making their way to the Progressive Baptist Church, a historic Black church in the Bridgeport community, making stops along the way for prayer, worship, and reflection. 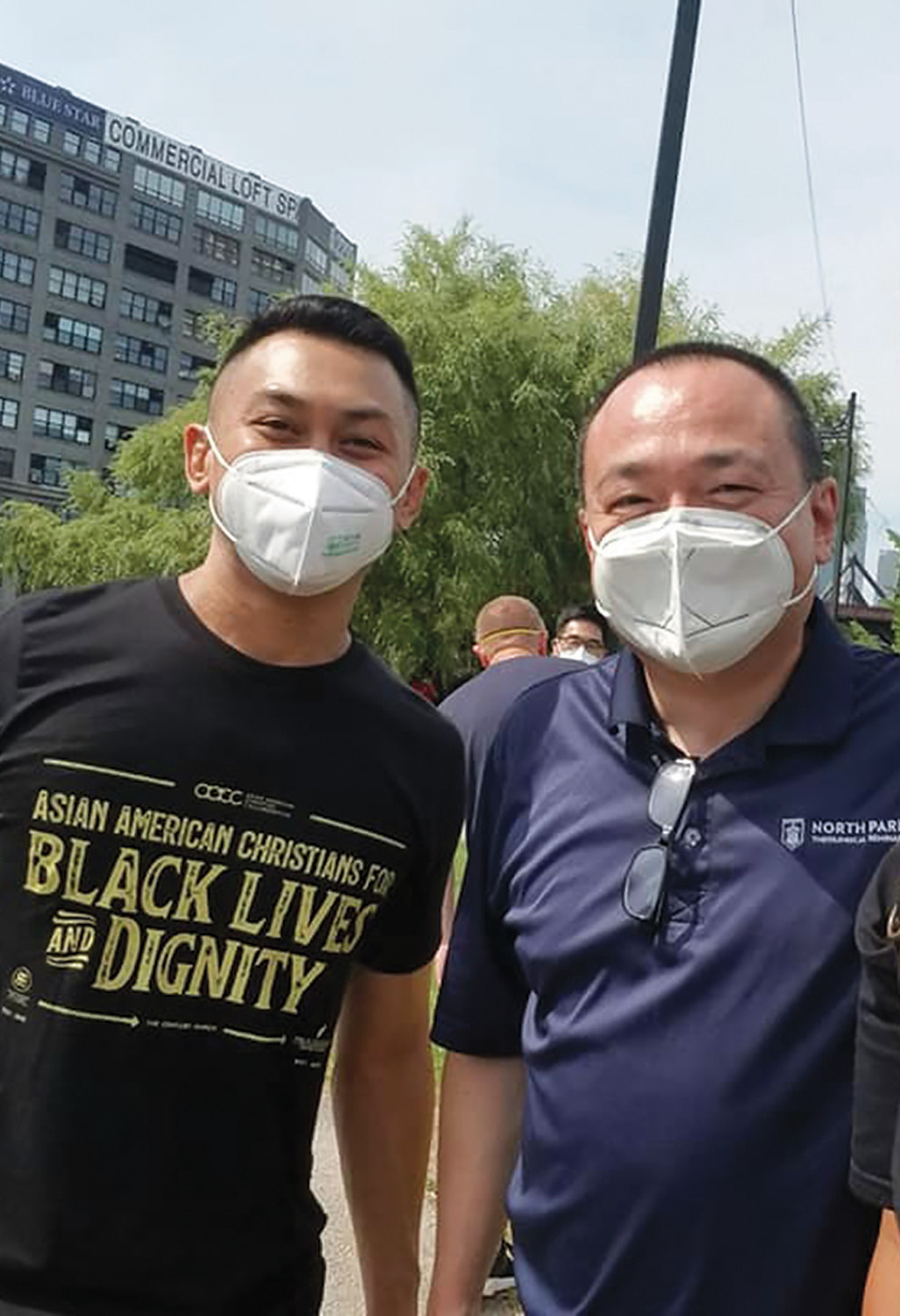 WHAT WAS THE PURPOSE OF THIS MARCH?

Soong-Chan Rah: The president of the AACC, Raymond Chang, began to dialogue with some of us about ideas to advocate for Black lives. Because Ray is Chicago-based, it sparked a connection. Good networking and pre-existing relationships spurred on the organization and made it an event that demonstrated the power of relationships and of churches being able to work together.

There was a desire on the part of many Asian American churches to actively and publicly express their solidarity with African American churches. Since Chicago is so segregated, we thought a great way to demonstrate that solidarity was to march from Chinatown into the mostly Black community to the south. Even though the two churches are not far from one another, they have not historically interacted. Chicago is so dense, but communities of color have been isolated from one other. Faith leaders from both communities were involved. For all of us it was more than just committing to this one event. It was about building relationships—working together toward systemic change. Expressing solidarity is a way to be more faithful to the kingdom.

HOW DID THE BLACK AND ASIAN COMMUNITIES JOIN TOGETHER?

Jay Catanus: Prior to the march there were critics who were skeptical about our intent. Many residents in Chinatown had seen stereotypes of looters and violence on TV, and they were concerned, worried, and afraid on behalf of Chinatown. But our church-based march was nothing like that, and we were focused on prayer.

On the day of the march there was a lot of excitement. We recognize that there will be no peace without justice, but we thank God the march went safely and peaceably.

Worshiping together at the steps of the Chinese Christian Union Church was a really beautiful moment. We sang a Black gospel song right at the steps of the church. To embrace Black worship and sit at the feet of Black leaders while they prayed for Chinatown as we confessed our own passivity and silence was powerful.

Soong-Chan Rah: The tone was peaceful, yet spoke the language of protest in an appropriate way. It was affirming and honoring of Black lives. I was really impressed with the breadth of generations. We saw a significant number of first generation Asian Americans who had been brought by their children to the march. For the older generation, participating in something like this would never have crossed their minds a few years ago. To be part of the first event that connected these two 100-year-old churches together was very moving.

The event didn’t feel like a one-time thing—it felt like a proclamation of the future for these two churches and communities.

WHAT MESSAGE DID YOU WANT TO COMMUNICATE TO THE CROWD?

Soong-Chan Rah: I talked about how we need to stop looking at each other through dominant culture language, potentially viewing each other as a “threat or a pet.” We are all made in God’s image and we are called to see one another through the eyes of God. We need to view one another with respect and honor.