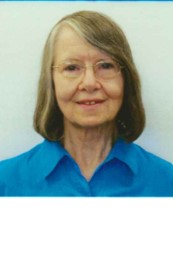 Jeri attended Trinity Christian College in Palos Heights, Illinois, and secretarial school. She worked as a secretary before staying home to raise her children. She loved to garden and cook.

Jeri is survived by her children Scott (Phoebe), Craig (Judy), and Lynette; and four grandchildren.

A small family memorial service was held at Modetz Funeral Home in Lake Orion, Michigan, on May 30. She was buried at Woodlawn Cemetery in Detroit, Michigan.