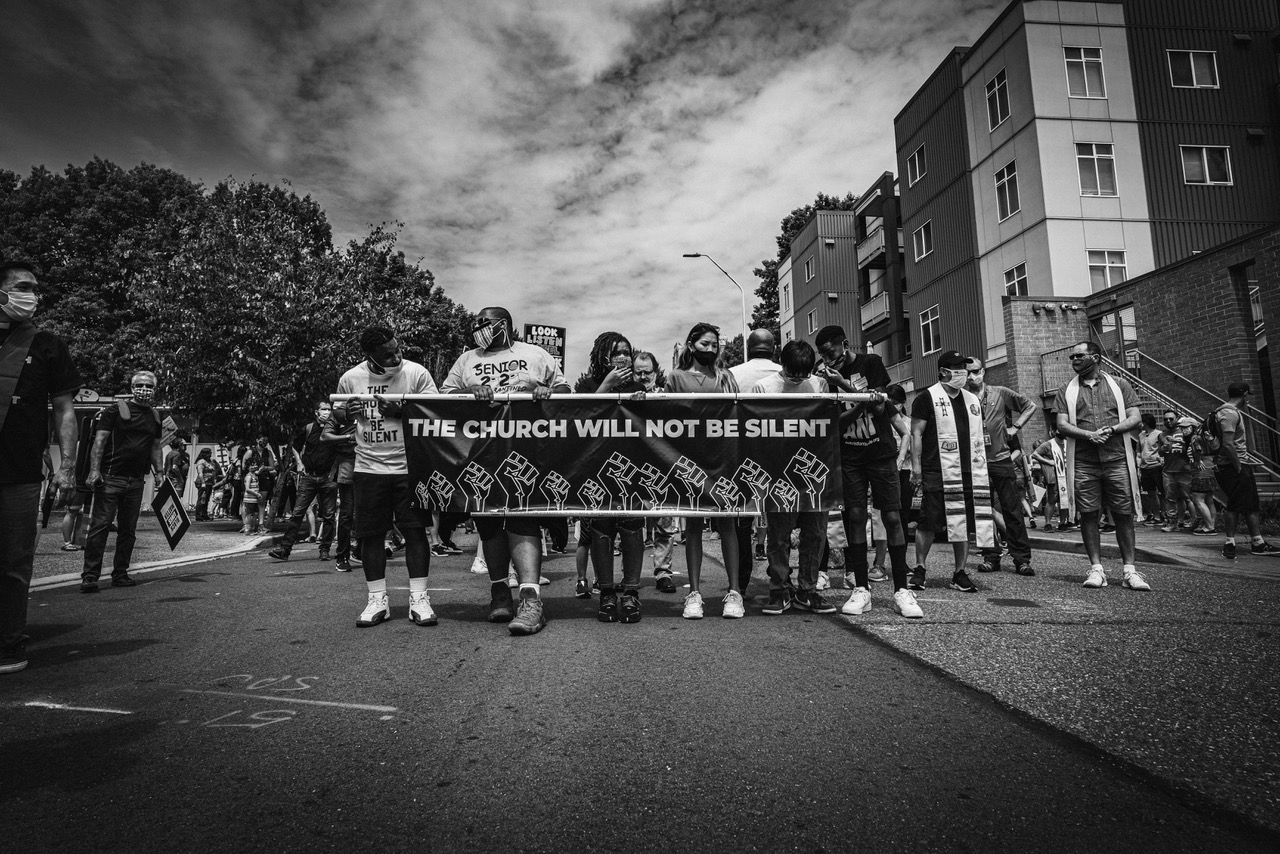 (June 24, 2020) — On Friday, June 19, Radiant Covenant Church in Renton, Washington, commemorated the Juneteenth holiday with an event they called March to Surrender. Mike Thomas, Radiant’s senior pastor, says the idea for the march was a literal answer to prayer as he was wrestling with the weight of the recent deaths of Ahmaud Arbery, Breonna Taylor, Manuel Ellis, and George Floyd. While asking God to help him and his wife process their own emotions as black people and the events with their children, Thomas felt another question rising up. He asked God how he and his congregation should respond—that’s when he got the vision for the March to Surrender.

Kim Thomas, Radiant’s pastor of administration (and Mike’s spouse), brought the vision to fruition after two weeks of nonstop organizing. With support from Greg Yee, superintendent of the Pacific Northwest Conference, they were able to recruit 46 churches—26 of which were Covenant congregations. “Pastor Michael Thomas and Radiant Covenant Church have been preaching, teaching, and incarnating the whole work of the church in Renton since their start seven years ago,” Yee says. 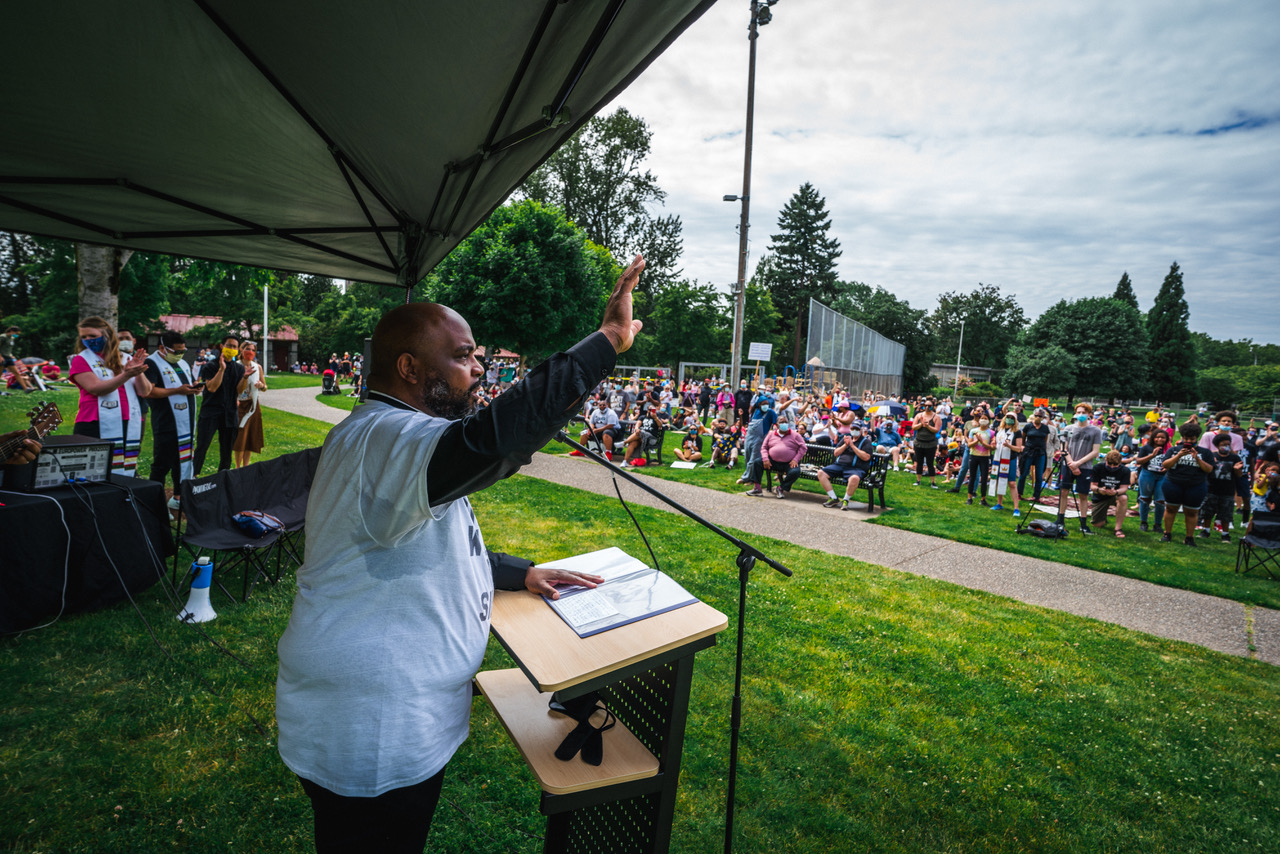 Mike Thomas, pastor of Radiant Covenant Church, calls the church to end its silence in the face of injustice. Credit: Austin Yuen and Lauren Neely

Yee says he knew it would be difficult to invite the whole conference to participate in the march in the midst of phase one coronavirus protocols, but he chose to submit to Thomas’s leadership and trust God to allow the Spirit to move. In reflecting on the march the next day, Yee said, “The church was not silent yesterday. The church was absolutely beautiful.”

The march started with a rally that included an intergenerational group of speakers. Thomas opened the rally with a message titled “No More Fruitless Fig Trees.” He named the silence and indifference of the church that has “created a heresy that has people thinking justice is separate from Jesus.” He continued that this silence has caused the church to be like the fruitless fig tree in Luke 13, which ends up “looking irrelevant to a broken, hungry, and dark world.” 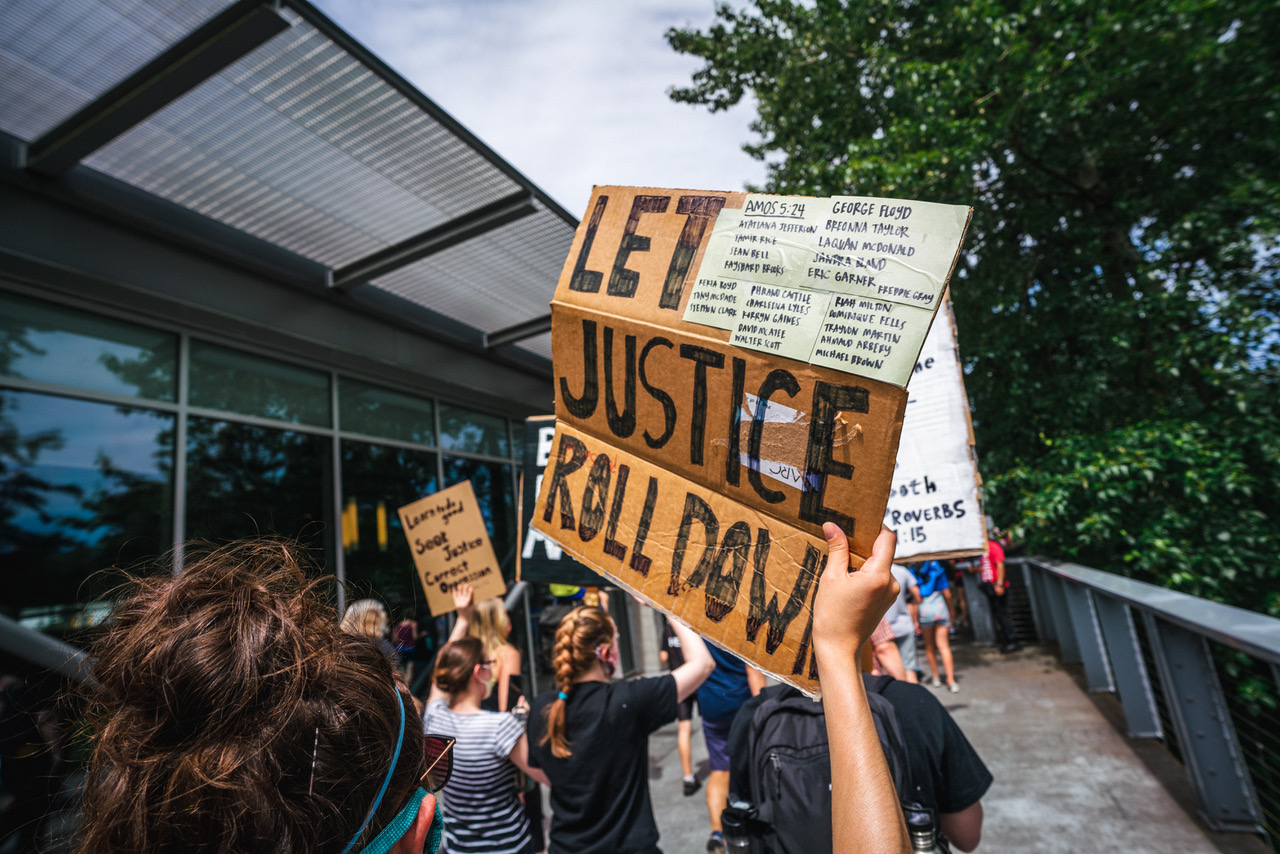 The hourlong rally ended with Thomas offering “what’s next” action steps followed by everyone gathered singing the hymn “I Surrender All” before beginning the march, which was a little over one mile long. About 700 people participated in the March to Surrender, including some who joined once the group was in motion. More than 1,000 watched the rally via live-stream on Radiant’s Facebook page. It was the largest attended march in the area to be organized by the church specifically to address the issue of devaluing black lives in the U.S. Thomas says organizers believe it was one of the largest of its kind in the nation to date.