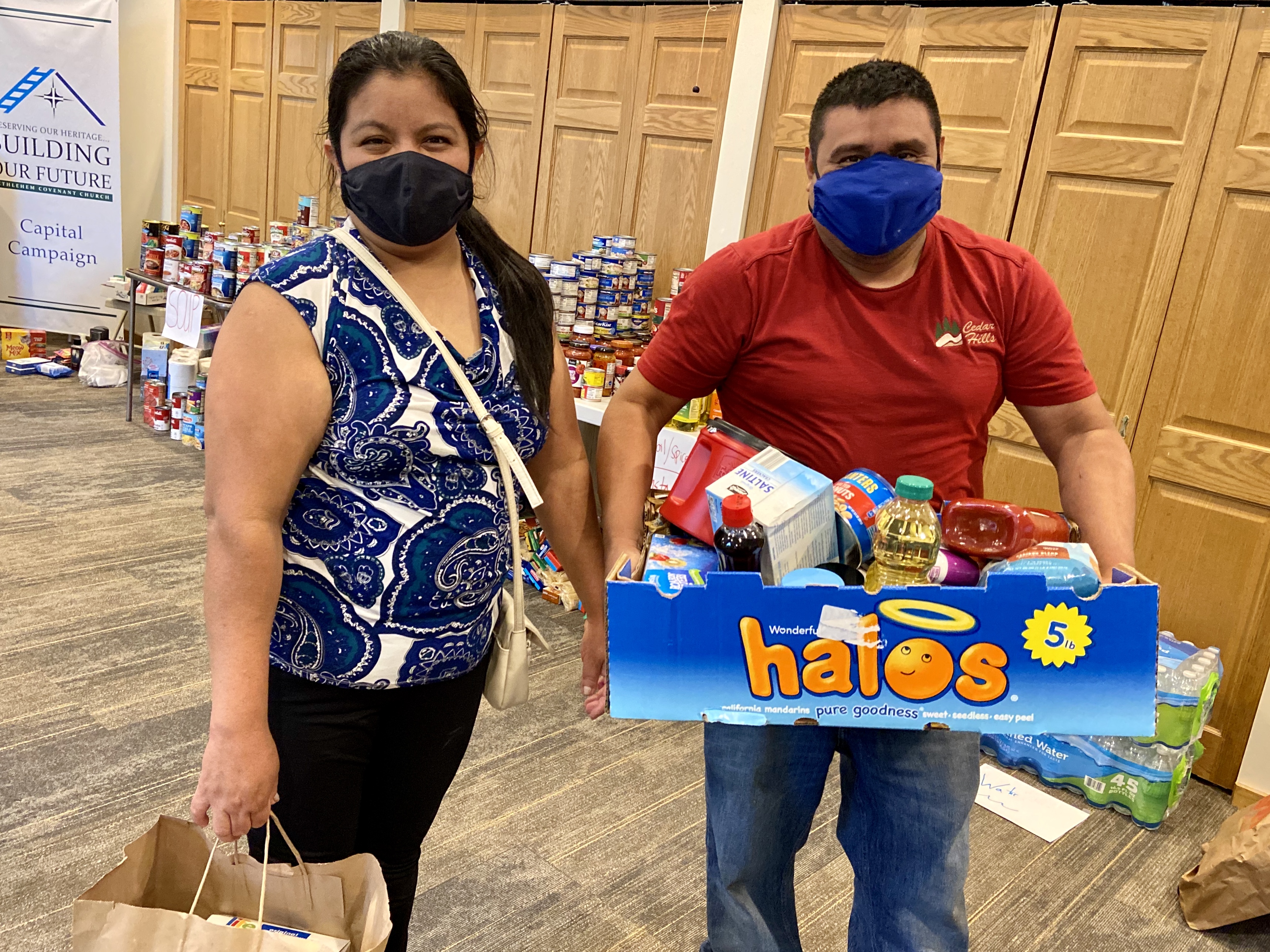 MINNEAPOLIS, MN (June 6, 2020) —The day after George Floyd was killed by police, Edrin Williams, pastor of Sanctuary Covenant Church in Minneapolis, posted a message on Facebook with four challenges for people as they considered next steps: get your heart right, get informed, get some people, and get to work.

The next day, Sanctuary got to work by hosting a Peace BBQ. They sent out a request for donations to grill, which resulted in an overflow of grocery items. When the local grocery store was forced to close temporarily because of looting and fire damage, those groceries quickly became a lifeline for the community. Sanctuary has made such an impact that they have been featured in stories by CBS Nightly News and Minneapolis Public Radio news. 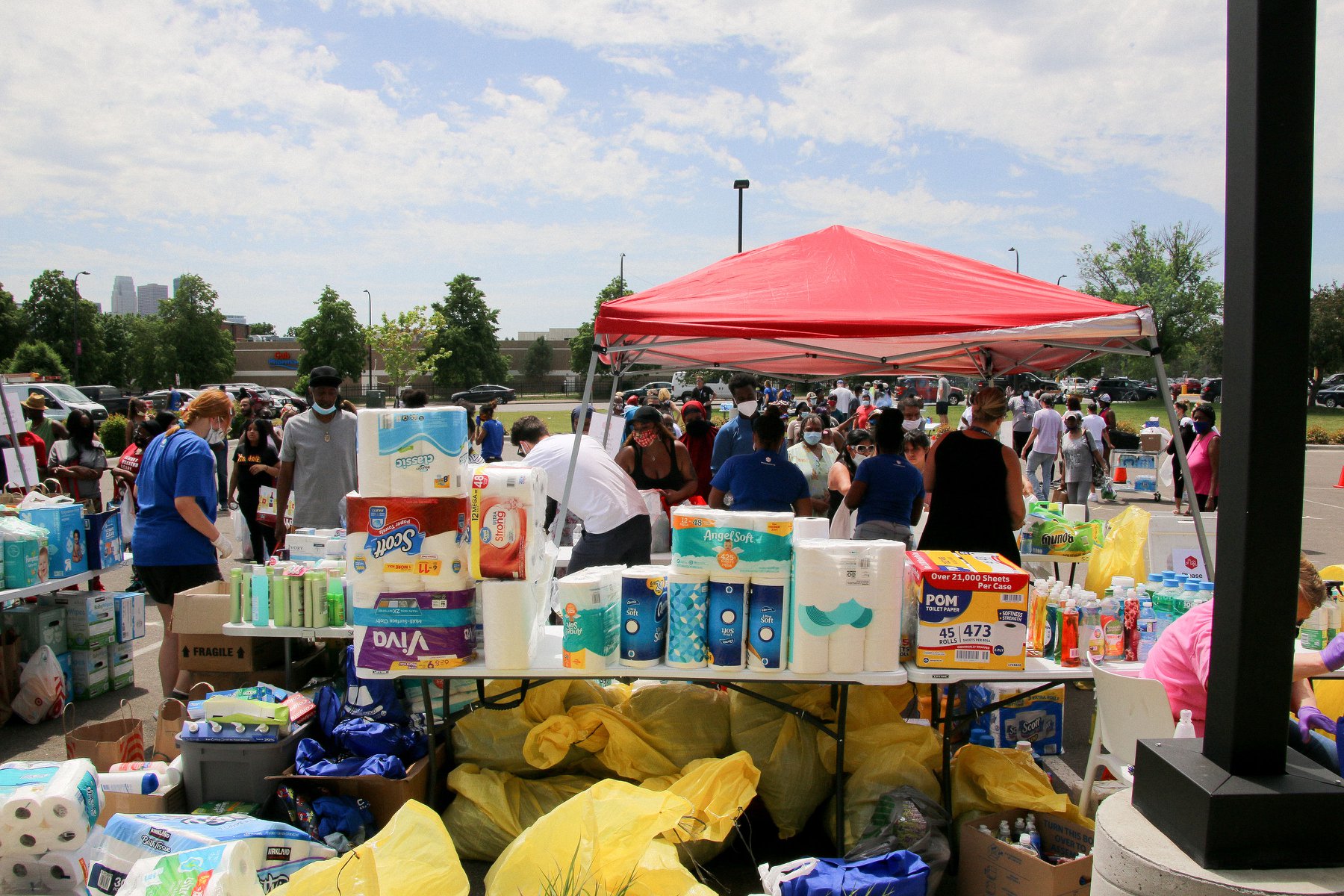 Just over a mile away, Covenant pastor Luke Swanson and Community Covenant Church, who were partnering with Sanctuary Covenant, experienced a similar situation. YoungLives is a ministry of Community Covenant that serves teen moms. They put out a request for basic supplies such as diapers—and ended up with so many donations, including fresh food, that they had to clear out the sanctuary to store them.

With the neighborhood’s already limited number of stores now shuttered, there has been a greater need for supplies. Donations are all distributed within a day, but like manna for the Israelites in the desert, their inventory is replenished by the next day. “Community Covenant has a long history of being place makers,” Swanson said. “Jesus said, ‘I’m going to go and prepare a place for you,’ and we work with Jesus to prepare a place for others. I saw us living into that this week.” Swanson says the church has especially been trying to center black trauma and black rage. They recently made space for this through an intergenerational discussion via video conference.

Destino Covenant Church is located about one mile from the Minneapolis 3rd precinct police station that was burned down in the protests after Floyd’s death. Destino Covenant’s membership of immigrants represents 15 Latino nationalities, many of whom live in the neighborhoods surrounding the 3rd precinct, and some just a few blocks from where George Floyd was killed. The riots and fires that broke out around the community triggered the memories among many members who had fled similar situations in their home countries. “It is difficult to grasp what we are feeling by just watching the news,” said Mauricio Dell, Destino’s pastor. “Many leaders located in the suburbs or outside the state are wondering how bad this is. It’s bad . . . really bad.”

In addition to spiritual and physical needs, Dell says they are trying to meet an increased need for trauma and grief counseling. For many members, the economic impact is compounded by the fact that they are unable to access certain types of financial support because of their immigration status.

Paul Robinson, executive minister of Love Mercy Do Justice (LMDJ), says the LMDJ team is responding on two levels. “We find ourselves in a very difficult season, and leaders across the denomination and beyond are standing in solidarity with our churches in Minneapolis and other impacted cities,” Robinson said. “We have been consulting with our pastors and churches, and joining Zoom calls to catalyze understanding, reflect, and take action to end the structural inequalities that contributed to the death of George Floyd.”

LMDJ has curated a suite of resources for churches called Engage and Respond. In addition, LMDJ is partnering with the Northwest Conference to support churches as they respond to the immediate needs of their community. Anyone interested in giving to support these local efforts can donate here.