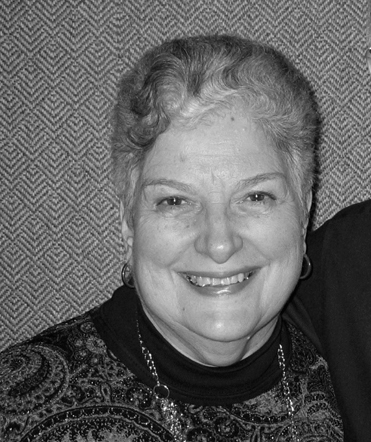 CAROL STREAM, IL (May 12, 2020) — Nancy Bergmans Reed, former missionary to Ecuador, Mexico, and Spain, and former director for Latin America for Serve Globally, died May 11. She was 81.

She was born February 17, 1939, in Palo Alto, California, to Joseph and Emily Bergmans. An outstanding student, Nancy was valedictorian of her high-school class, and in 1960 she graduated Phi Beta Kappa from the University of California–Davis in three years with a bachelor’s degree in Spanish. She went on to the School of Missionary Medicine at Biola and became a licensed vocational nurse in 1961, and two years later she earned her teaching credential at Los Angeles Pacific College. In 1974, while on home assignment, she became the first student to receive a master’s degree in English as a second language from UCLA, and in 1993 she earned a master’s degree in family and community counseling from Northeastern University in Chicago.

While a student at UC Davis, Nancy met Jerry Reed. They were married on September 5, 1958, and they were called as missionaries at the 1965 Covenant Annual Meeting. They served for ten years in Ecuador, where Nancy was involved in evangelism, education, and directed the English department at the Theodore W. Anderson School. In 1975, they transferred to Mexico, where Nancy led discipleship initiatives and Bible studies for women, worked with church planting, and was involved with the Theological Education by Extension program. Wherever they served, their home was a place of friendship and hospitality to a host of visitors and neighbors.

The Reeds moved to Chicago in 1987 when Jerry joined the faculty of North Park Theological Seminary. The following year Nancy became assistant secretary for Latin America and church relations for the Covenant Department of World Mission (Serve Globally). In 1999 she became the coordinator of Hispanic church relations, which included working with the Confraternidad de Iglesias del Pacto Evangélico (CIPE).

After their official retirement in 2004, Nancy and Jerry served as short-term missionaries in La Coruña, Spain.

“Nancy had an unmatched passion for God’s mission,” said Curt Peterson, executive minister emeritus of Serve Globally. “She and Jerry helped the Covenant extend its partnership in God’s mission throughout Latin America and beyond. Nancy called scores of people to serve in mission and tirelessly gave herself to equipping, encouraging, and caring for teams of missionaries and national workers. Always an advocate for respecting and empowering national leaders to lead, organize, and envision God’s work in their local setting, Nancy was instrumental in the formation and sustained impact of CIPE for decades.”

Nancy was preceded in death by Jerry in 2011. She is survived by three children, Kathy Matson (Steve) of McLean, Virginia, Dale (Desirée) of Chicago, and Robert (Nancy) of Barcelona, Spain; a twin brother, Albert Bergmans; a sister, Bonny Wright; eight grandchildren; and one great-grandchild.

Two memorials services—one in English and one in Spanish—will be held online Wednesday, May 13. Those who are interested in joining the services can go to CaringBridge.org, where they can register and then sign into the Nancy Reed Hospice page. Instructions on the services can be found on the May 11 journal entry.

Editors Note: Video of each memorial service is available here. Click here for English, and here for Spanish, which includes words from the leaders of the Covenant churches of Latin America (CIPE).