A Raven of Hope

On a day now well in my rearview mirror, I walked into Black Sea Tattoo Company. I was looking for another image, an indelible reminder, on the outside of me that my insides needed yet again.

I was in the eighth year of my third pastorate, serving a community where needs were laid bare in the street, resources were scarce, and hope was gold. Feeling the ground beneath our vocational feet shifting yet again, my wife and I hesitantly acknowledged that God was likely preparing our family for another beginning. A new place. A new focus.

But what would that mean for the community we’d come to cherish? For the relational bonds, the unfinished work, the dreams we’d held for neighbors that seemed nowhere near fulfillment?

Through the documentary film Tattoo Nation, which chronicled the rise of black and grey “chicano-style” tattooing, I became aware of an art form that had long been in existence. What had originated through predominantly male servicemen having symbols placed upon them was becoming a form of self-expression through which individuals sought to showcase their own deeply held personal convictions, loves and fears—from within them.

I left Black Sea that day with a raven on my forearm—an external reminder of where I’d come from and an internal hope I longed to live into.

In Luke 12, Jesus says to his disciples: “Therefore I tell you, do not worry about your life, what you will eat; or about your body, what you will wear….Consider the ravens: They do not sow or reap, they have no storeroom or barn; yet God feeds them. And how much more valuable you are than birds! Who of you by worrying can add a single hour to your life? Since you cannot do this very little thing, why do you worry about the rest?” (Luke 12:22, 24-26).

I left Black Sea that day with a raven on my forearm—an external
reminder of where I’d come from and an internal hope I longed to live into.

Making an illustration of this despised scavenger, Jesus reminded his followers first of their inherent value and second of God’s awareness of their every need. He then took it one step further, recognizing that a reminder of God’s ability to provide might not fully suffice. In these days perhaps you can relate to such a message not immediately assuaging your own anxieties. Jesus then dropped a bomb of logic and truth: worrying is unproductive. If worrying is unable to add an hour to our lives—even a single beat of our hearts—then why would we devote precious time to being consumed with “the rest”?

This was a compelling corrective for my wife and me as we considered a call to new and uncharted ministry. And it can be a reminder for us today as we consider the uncharted road of this pandemic.

In his account of Jesus’s teaching, Matthew includes another line that feels especially poignant today: “Do not worry about tomorrow, for tomorrow will worry about itself. Each day has enough trouble of its own” (Matthew 6:34).

Jesus seems to be doubling down on his statement that worrying about distant things is unproductive while simultaneously making clear his awareness of the elephant in the room: we do face worrisome realities today, which is reason enough not to expend our energy on the events of tomorrow. To say it another way, today requires and deserves our attention—attention that can easily (and understandably) be invested in a tomorrow that is not yet upon us.

My raven is a physical reminder of this—an image I cannot get away from. It’s an internal hope given voice on the exterior of my body and that is therefore carried into, through, and beyond every situation I’ll ever face. What physical reminders do you have in your life—tokens, strategically placed to remind you of truths you’ve needed to internalize repeatedly on your own journey?

This tattoo was a permanent mark on my skin but it was also one which, for me, was akin to the iconography of the orthodox faith—a sacred symbol intended to turn my attention Christ-ward.

May we be people who cling to that which helps us to be honest about our real worries, reminds us of God’s sure provision, and challenges us to be truly present, bringing our whole selves to the matters at hand today.

Tomorrow will require the same. 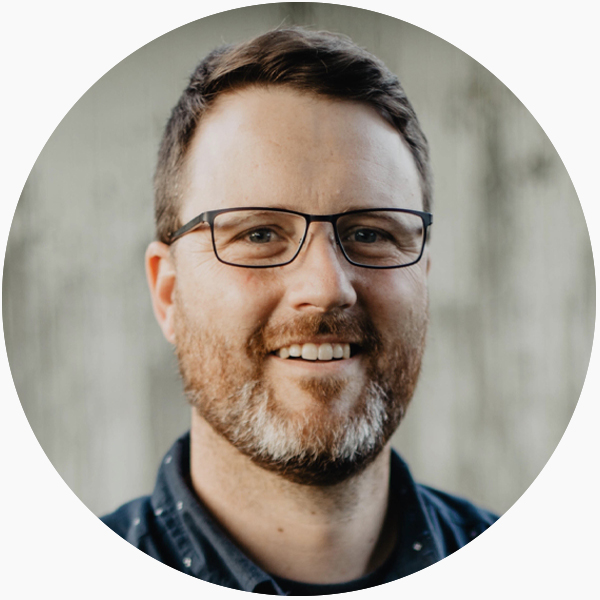 Tim Hawkinson is pastor of Renew Covenant Church in Carroll, Iowa, where he lives with his wife, Jill, and sons, Ty and Jamie.