How Can It Be?

Oscar “Smiley” Parham says he had the best exit from prison in history. “I am talking about in history! Who gets Lauren Daigle at their release?”

Parham is a student in North Park Theological Seminary’s School of the Restorative Arts, a partnership between the seminary and Stateville Correctional Center, where incarcerated and non-incarcerated students study together to earn a master of arts in Christian ministry degree.

After being incarcerated for 30 years, Parham was granted clemency by Bruce Rauner, the governor of Illinois at the time. On August 5, 2019, Parham walked out of the prison beyond the towering concrete walls of the Illinois maximum-security prison and into a new life. See “Pardoned” to read about Parham’s long journey to freedom

Two of his siblings and a handful of friends were waiting for him. And so was Lauren Daigle, whose songs include the hits “How can it Be?” “Still Rolling Stones” and the hit single “You Say,” which has been the Billboard No. 1 Christian single for 83 straight weeks.

Before that morning, Parham and Daigle had never met.

The artist had performed at Stateville in October 2018—it was the first time she’d ever sung inside a prison. She later posted a video on Facebook of the experience, with this caption:

“It was a day that was more than I can articulate. It was a day my eyes had never seen and will never be able to unsee. We sang songs with inmates whose voices carried deeper into our hearts than the echo of a microphone will ever release. I saw hope in the face of the hopeless, joy in the wake of sorrow, wealth in the gap of depravity, and life in the midst of death. These people have stories, and they also have souls.” 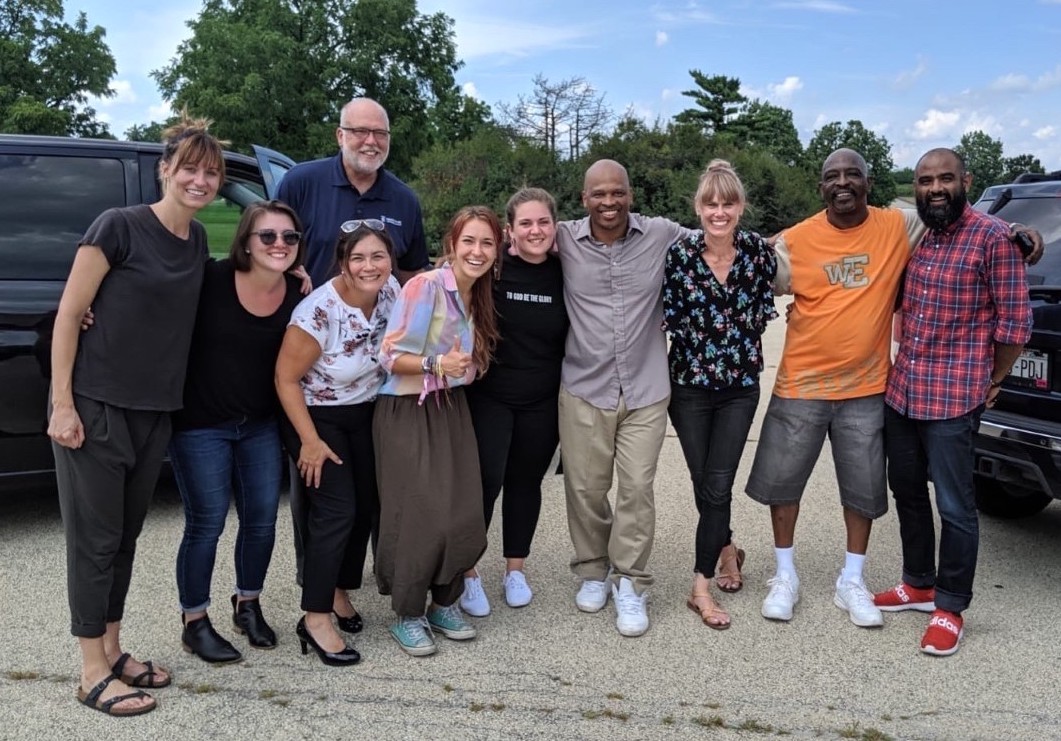 Daigle wanted to hear those stories. Last summer, as she was preparing to return to Chicago for a concert, she asked Vickie Reddy, assistant director of the School of Restorative Arts, who knows her, if she could come back to Stateville to meet with some of the men. Because no classes were scheduled that day, the seminary worked with the prison to organize the gathering.

Parham had not planned to attend the Bible study that day, but after repeated delays, his release paperwork still had not arrived.

When he joined the group, he was stunned to see the singer. “I walk into the gym—and there’s Lauren Daigle!” Parham says.

A few minutes later, a guard walked into the gym. Parham’s paperwork had come at last. He was going home.

Applause broke out, and several of Parham’s classmates wept. “All of the guys were so excited I was getting out,” he says. They immediately gathered around to pray for him.

I walk into the gym—and there’s Lauren Daigle!

Parham was escorted back to his cell to gather his things and wait for his release to be finalized—a process that took a couple of more hours.

The 90-degree day was beautiful and bright. Parham’s family and friends sat waiting on the grass outside the visitors’ center. Daigle was with them. She said there was no way she was going to miss the moment.

Parham’s brothers carried his possessions in two boxes as they accompanied him out of the door. Friends raced to hug him, something they hadn’t been allowed to do for the past 30 years. “I kept trying to shake their hands, but they were all giving me hugs,” Parham says. “I’d been so used to shaking hands.”

“We all just stayed and celebrated and were amazed that we got to see this,” says Dave Kersten, dean of North Park Theological Seminary. “I’ve never experienced anything like that. No one wanted to leave.”

Parham looks back at his final week differently than when he was suffering through each day, waiting for the promised release papers. “Having Lauren Daigle there made those extra days worth it!”

Editors Note: As of Sunday, six Stateville Correctional Center residents had died due to COVID-19, and 121 incarcerated men and 72 staff had confirmed cases of the virus. Prayer vigils and car parades have been held to support medical staff and Stateville residents hospitalized.

The facility is on all-day lockdown as the Department of Corrections tries to contain the spread of the virus. Each cell is roughly 10 by 5 feet and houses two men.

We spoke with Oscar “Smiley” Parham last week and he says he has thought about his friends at Stateville every day since he was released last August. Recently his reflections have turned to safety concerns as well as grief over the COVID-19 related deaths of two former classmates.

Ronald “Rusty” Rice died April 5, and Joseph Tremaine Wilson died April 13. (Click here for in memoriam page.) Both were enrolled in North Park Theological Seminary’s School of Restorative Arts (SRA) program. Parham says he is especially concerned about a former cellmate and SRA student who is over the age of 70. “He’s in a high-risk category,” Parham said.

“I know they had to lock down because I know how bad it spreads throughout the system,” says Parham, who endured several lockdowns due to illnesses spreading through the prison during his 30 years at Stateville. “It’s hard, it’s real hard,” says Parham.