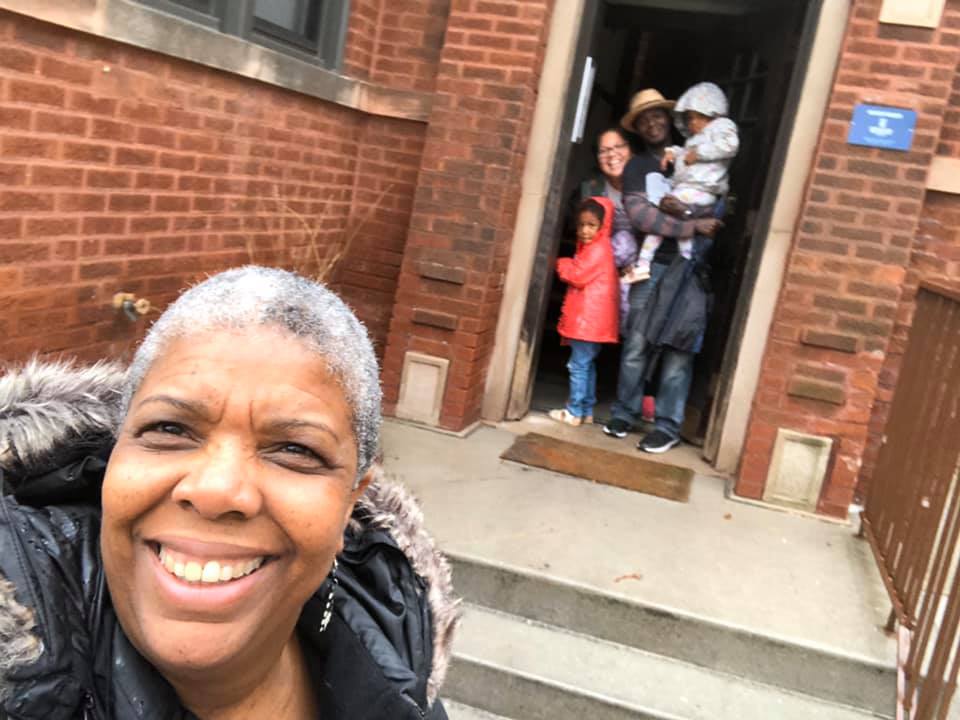 Deborah Masten was able to celebrate from a distance when the Paul family made it to Chicago safely.

Evens and Karina Paul, along with their two small children, were preparing to board the Missionary Flights International plane that would fly them from Haiti to the United States. It was Friday, March 20, and their luggage already was on the plane.

Then the pilot received word over his headset that the Haitian government had just canceled all passenger flights in the country. The first two cases of the coronavirus in Haiti had been identified the night before. The pilot unloaded the luggage onto the grassy field, and the Pauls stood by helplessly as the plane took off without them.

Karina called Deborah Masten, Serve Globally’s director of global personnel, to say she was watching the plane fly away.

“It was devastating,” says Masten.

It was yet another reminder of how fast the situation was changing as the pandemic spread across the planet.

For nearly a month, GERT met daily, sometimes working around the clock keeping personnel informed with COVID-19-related resources and helping them make tough, emotional decisions about where they would stay in the coming months and how they might get back to the United States, if necessary.

“Everything was changing from hour to hour,” Masten said. “You never knew what might happen next.”

News of the coronavirus outbreak in Wuhan, China, began to be widely disseminated in January. The first discussions among Serve Globally were held at the end of that month during the Midwinter Conference for ministers in Chicago. At that point personnel attending the event decided not to return to the Asian country where they were serving. Shortly thereafter, others in the same country decided to return to the United States.

Bob Shim, co-regional coordinator for Asia and a physician, began updating Serve Globally on the virus’s spread. On February 27, he shared with them an article for medical professionals that predicted a pandemic was imminent. Leaders decided to cancel a retreat for Serve Globally personnel scheduled to be held March 27-31 in South Korea.

In February and March, the number of cases began to spread exponentially, especially in Europe and the United States. That led other nations to be wary of travelers from those parts of the world.

In the first week of March, GERT started a travel tracker listing where all personnel were. “That initially was to make sure no one was in or traveling to what were considered hot spots,” Masten says. “We literally tracked flights – when they took off and when people arrived.”

Tim Ciccone of Make and Deepen Disciples, and Mark Seversen of Serve Globally were in Argentina to teach at an Acts29 youth training event.

While they were there, the nation’s president issued an order that all persons coming from the United States and other countries with high counts of COVID-19 cases be immediately quarantined for 14 days.

“The announcement came as surprise because Argentina was not a hotspot and was considered a safe space,” Masten says.

They realized that if they did not leave immediately, they might end up unable to return to the United States. Consulting with GERT, they booked a flight for the next day.

The incident was “a real eye-opener,” Masten says.

As Ciccone and Seversen were returning from Argentina on March 12, GERT sent an email to all Serve Globally personnel that warned them countries were starting to implement quarantines and travel restrictions.

Becci Swearingen had been back to Kenya less than two weeks when she had to come back to the United States.

Craig Wickstrom was in the Democratic Republic of Congo, where he had traveled as a liaison to the Congo Covenant Church. He had been there less than a week into what was to be a several-week trip.

After receiving the email, Wickstrom and his wife, Cheryl, discussed whether he should come home. The first coronavirus case had been confirmed in the capital city of Kinshasa the day before.

The situation around the world was changing rapidly and more countries were imposing travel restrictions as well as lockdowns and quarantines.  In response, GERT sent an email on March 14 that was more directive than the one they had sent two days earlier. Gert was no longer making suggestions. Personnel were told to decide where they were willing to be long-term and get there immediately.

Wickstrom was in the city of Karawa at the time. He later told his hometown newspaper, the Ashtabula Star Beacon, that he had to leave so quickly to catch a flight to Kinshasa that he didn’t have time to say goodbye.

After getting to Kinshasa, he made it out on the last flight to Brussels, Belgium, before Congo banned air travel. He made it home on Friday, March 20.

It was GERT that decided Becci Swearingen needed to leave Kenya. She had just returned from the United States to the African nation, where she taught school in a town rebounding from extreme poverty and environmental injustices.

Although Swearingen had already taught in Kenya for a year, she returned to the United States because of visa restrictions and wound up having to wait four months before she was able to fly back to Kenya.

“The virus had been so downplayed here that we really didn’t think it was going to turn into this big deal, otherwise, obviously, I wouldn’t have gone back!” Swearingen says.

When she arrived in Kenya, Swearingen self-quarantined because airports and planes were considered high-risk areas, and she wanted to be careful not to contaminate anyone in case she had contracted the virus. However, within days of her arrival, a woman who had traveled there from the United States was confirmed to have the virus. It prompted the government to close schools for three months. Businesses were closed as well, costing many people their jobs.

Although Swearingen is beloved by the people with whom she worked, other residents increasingly started connecting her non-Kenyan appearance with those bringing COVID-19 into the country. Swearingen was reluctant to leave but after several days of discussion, GERT decided on Monday, March 23, she had to leave for her own safety, Masten says.

GERT arranged for Swearingen to get on a flight at 1 a.m. on March 25. It was one of the last planes out of Kenya.

Swearingen, who is now living in Portland, says the decision was “absolutely excruciating. Not only because I didn’t want to have to say goodbye again, but because being so far away from my Kenyan family during this time of turmoil and uncertainty is such a helpless feeling. But, ultimately, I know it was the right decision for my situation. And I have faith that I’ll get to go back, hopefully sooner rather than later.” 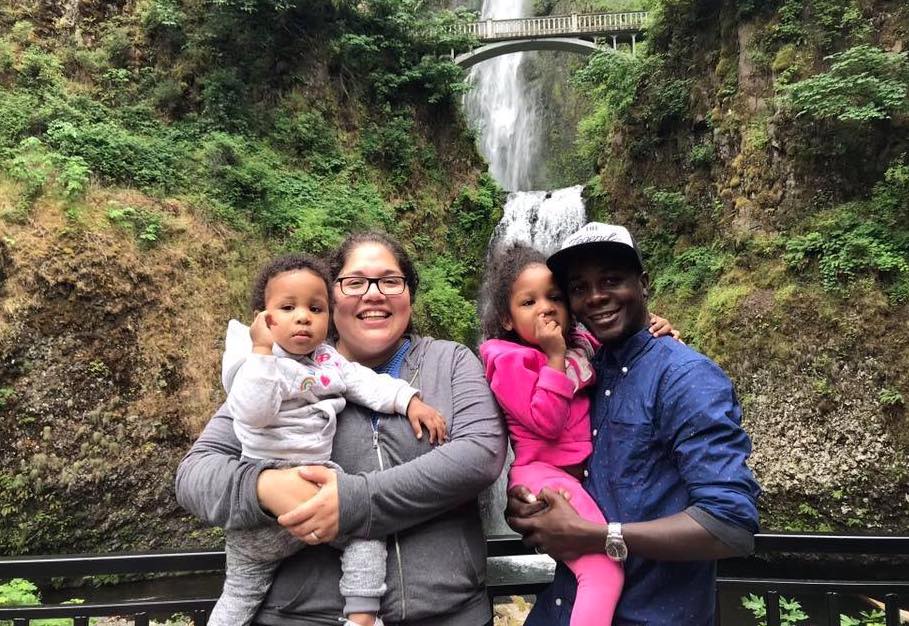 The Pauls are grateful that the GERT team found them a place to stay in Chicago but they look forward to returning to Haiti.

The Pauls had hoped to stay in Haiti, where the foundation they started in 2010, Sustainable Action International, operates a high school and primary school, teaches agriculture, and is constructing a medical clinic.

No cases of the virus had been reported in the country. They had enough supplies to last a month in their rural community and life was continuing as normal. The number of cases in the United States was increasing by the thousands every day, and the Pauls considered whether it might be safer to stay on the island.

At Masten’s encouragement, the Pauls checked with MFI to see if the ministry had any contingency plans to rescue them in an emergency even if the country were to ban flights. When they learned that MFI could not make guarantees, the Pauls decided to leave.

MFI only flies on Tuesdays and Thursdays, and the first available flight wasn’t for another week, on Tuesday, March 24. When an MFI flight scheduled for Thursday, March 19, had to be postponed until the next day, the other passengers were unable to travel on the rescheduled flight so the space opened for the Pauls.

After the empty plane took off, the Pauls had no options.

“It was the first time the travel plans our global emergency response team had been monitoring for the last three weeks hadn’t somehow miraculously worked out,” Masten later wrote on Facebook. “My false sense of some degree of travel control crushed my already tired spirit. We all had to recalibrate our faith of what the future might hold with so much uncertainty in the world.”

There was no way of knowing if and when the Pauls would be able to leave. MFI wasn’t sure they could make a flight in but the State Department had arranged for an American Airlines flight to return Americans to the United States. The Pauls had another choice to make. Do they wait for an MFI flight that might never come or travel to the capital and stand in a crowded line at the airport, where the possibility of contracting the virus was much greater.

Three days later, however, a legislator in Haiti who knew the Pauls and their work learned they were still in the country and he arranged for the government to allow MFI to pick them up, Evens says.

However, MFI learned they would be able to transport them. One flight back to Florida and three days driving later, the Pauls arrived back in Chicago, where Palmerlee arranged for a place they could stay.

“It was very hard to leave suddenly but we are very grateful for Serve Globally and that they were able to get a house for us,” Evens says.

All personnel are now where they chose to locate. The travel tracker that once was meant to monitor travel had become a list to help resource people through the crisis in their locations both emotionally and spiritually. “It also has become our prayer list,” Masten says.

The GERT team has been adjusting to dealing with what COVID-19 means for their own lives.

“God has been amazing. These three women, along with Rebecca Gonzalez from the Covenant Office’s emergency response team, have been my saving grace for coping,” Masten says. “We had been at this every day, sometimes around the clock, yet holding in so much. We have so much respect for one another. But for us, we’ve been so focused on helping others and being a part of team process, that we’re only just now fully focusing on our own personal responses to COVID-19. By necessity, in some ways, our emotions needed to be suspended. After five weeks, in some ways, we’re just getting caught up.”