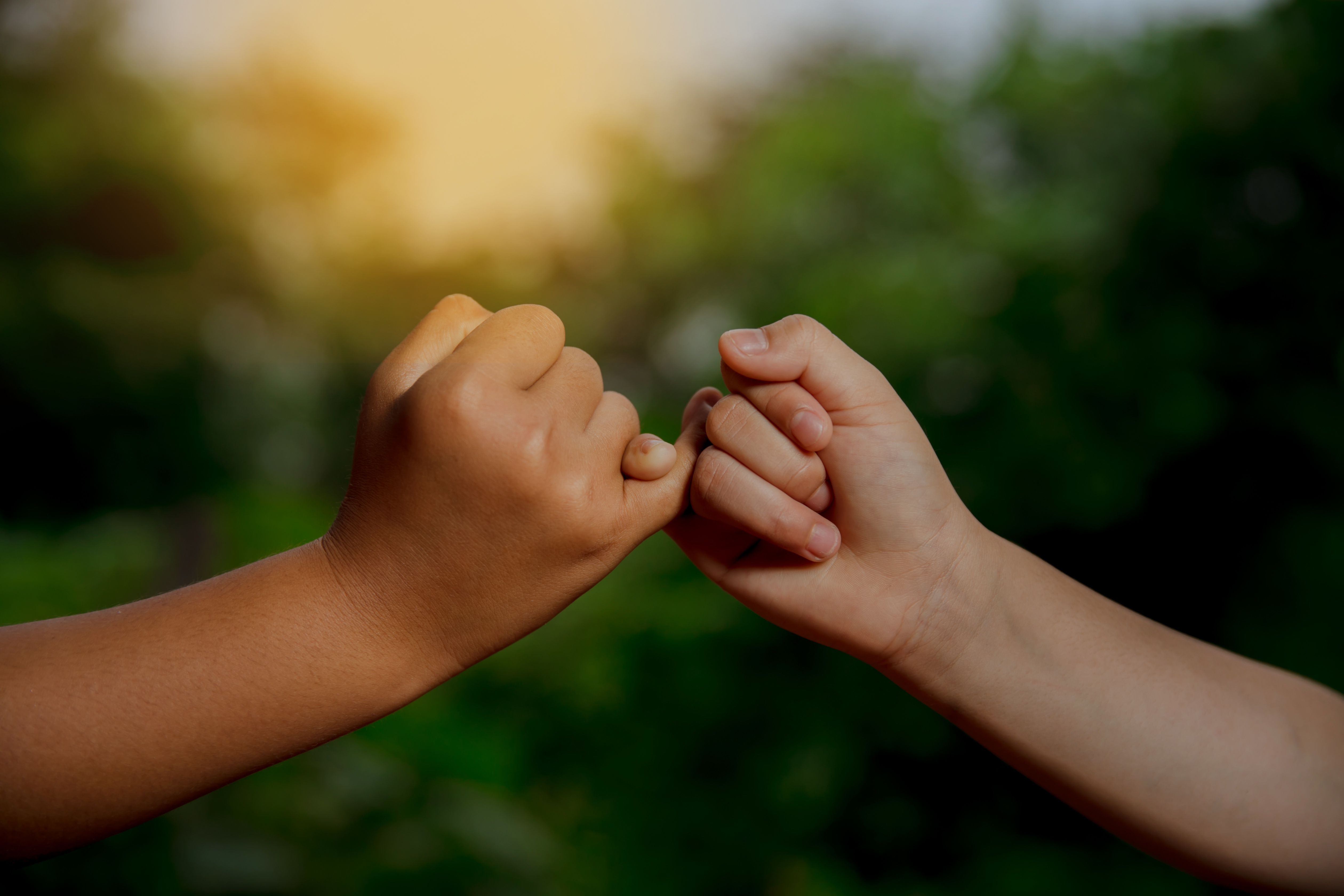 Holly and I have settled into an unofficial practice that accompanies our television viewing: we often find ourselves rating the promises we see onscreen. You know on a cop show when there’s a brutal killing, and the detective assigned to the case vows to track down the murderer? “Don’t worry, we’ll find whoever did this, I promise.”

That’s a bad promise. What they probably meant to say was, “We’ll do everything we can to bring them to justice.” That would be a good promise, because it’s within the bounds of their ability. A detective can no more effectively promise to catch a killer than she can promise to write and direct an Oscar-winning film or win $100,000 on Jeopardy! Outside of identifying certain trends and testing educated theories, human beings are generally incapable of foreseeing the future. Thus, a good promise is one that balances the human desire for swift resolution with the unpredictable nature of human behavior.

I think about that sometimes in the course of my pastoral work. As a pastor, I’m expected to offer comfort and depth of insight to people when they’re in crisis, and I sometimes feel the urge to promise, “It’ll all work out in the end. God will never give you more than you can bear.”

Why do we do that? Sometimes those promises are flat-out wrong. God often gives me more than I can bear so that I’m not seduced by the mirage of my own competence. Other times, such promises are not wrong per se, but we can give someone the wrong impression in the way we deploy them. There’s a big difference between contextualizing and applying Romans 8:28 (along with its surrounding verses) and telling someone, “It’ll all work out in the end.” In the end of what? Work out for whom?

I sometimes feel the urge to promise,
“It’ll all work out in the end.
God will never give you more than you can bear.”

I believe strongly in the power of proclamation. That’s one reason my pastoral gifts include both preaching and leading worship in song, because songs can form us, inform us, and reform us in powerful ways. Often psalmists and worship leaders remind us of God’s promises to help bolster our faith in times of widespread cynicism or discouragement. But we also need teaching and preaching to help contextualize those promises so that we’re not inadvertently giving people bad promises that, unlike Isaiah 55:11, might end up returning empty. (And if you’re a pastor in desperate need of a new sermon series, you’re welcome.)

For example, I recently wrote a song for our church called “Our God Saves” (super unique title, I know), and in it, I include this line: “It does not matter where you come from / or how well that you behave / Our God saves, our God saves.” During its creation, I went back and forth about whether to change that line, because if you isolate the first half, it becomes a lot less true. I briefly imagined an angry mob of babysitters, elementary school teachers, and parents protesting the song, because the behavior of their raucous third-graders does indeed matter. (#AllBehaviorsMatter)

But in context of the rest of the chorus, the promise becomes more clear. Though our behavior before God and others does indeed matter, no human behavior can disqualify us from God’s love or nullify God’s power to save and redeem. This is as true for us in our tribes and communities as it is for those to whom we are opposed. Nobody’s too far gone for God to save.

So if you’re in the habit of making promises—whether as a parent, a public servant, or a pastor—be sure those promises are grounded in a solid awareness of consistent biblical truth, contextualized for our current reality. Make sure that not only you know what you mean, but that they know what you mean.

And if you’re ever writing dialogue for a network TV show or a Hollywood blockbuster, don’t let your heroes give bad promises unless you’re prepared to let them suffer the consequences when those promises come up empty. Those are the kinds of lessons I’ve had to learn, and that’s the kind of show I want to watch.

I mean, I can’t promise I’ll watch…but I’ll think about it.