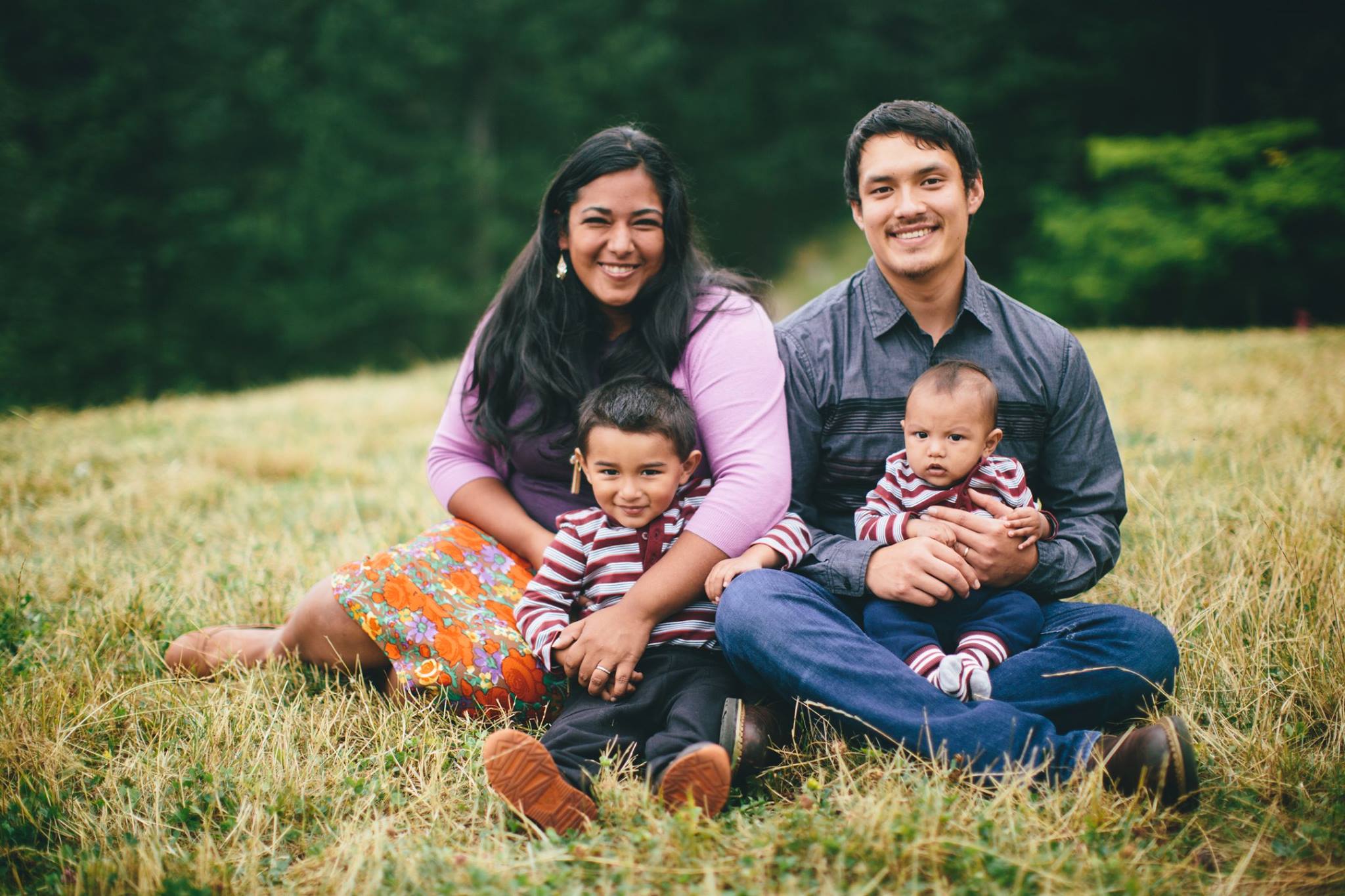 The U.S. Government has told Rebecca Trimble she must leave the country by Saturday or face deportation. Photo courtesy of the Trimble family

(March 12, 2020) – Rebecca Trimble has already planned menus and purchased food for the ECC Alaska Conference Annual Meeting scheduled to be hosted by her church, Bethel (Alaska) Evangelical Covenant Church at the end of April—but she might not be able to cook the meals as she’d hoped. Last month, the United States Citizenship and Immigration Services (USCIS) informed her that if she doesn’t leave the country by this Saturday, she will be deported.

Rebecca was brought to the United States from Mexico by her adoptive parents in 1989 when she was just three days old. It wasn’t until she was 22 that she learned she wasn’t a citizen.

Rebecca and her husband, John, are trusting God that she will be allowed to stay in the only country she has ever called home.

“I feel like God can move mountains and he is in control,” Rebecca said on Saturday. “Ultimately he’s the one who’s going to make this plan for me.”

In 2008, Rebecca was honored with the “Citizenship Award” from her high school in Vancouver, Washington, for demonstrating excellent character. The same year she voted in the presidential election.

At the time, Rebecca knew she was adopted but had no reason to doubt that she was a U.S. citizen.

She did not learn of her birthplace until 2012 when she applied in Washington for a REAL ID, which requires several documents, including proof of citizenship and a birth certificate. Officials turned down her application saying she did not have the appropriate documentation. 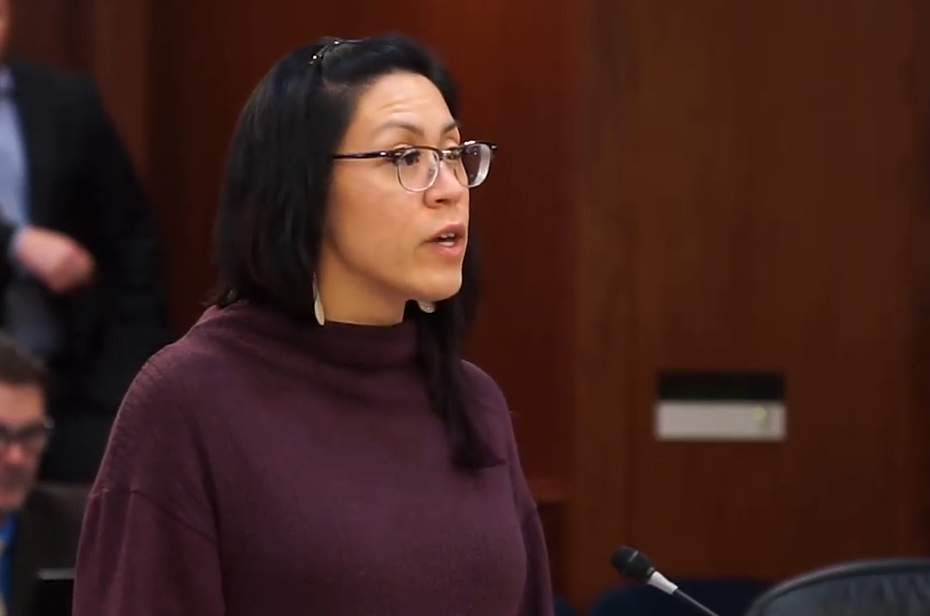 State Rep. Tiffany Zulkosky told her colleagues that Rebecca Trimble “is exactly the kind of person that every community, every state, and every country should be excited and honored to have.”

The news stunned Rebecca. She had a Social Security card, driver’s license, was employed, and was registered to vote.

Since then, Rebecca’s parents told her that she was born in Tecate, Mexico, in August 1989. They were American citizens living in Oregon who were unable to have children. An American missionary in Mexico told them about a young woman who was pregnant and wanted to put her child up for adoption.

Her adoptive parents paid for the mother’s hospital care and delivery and thought they were doing the process legally. They drove to Mexico to pick up Rebecca and when they drove across the border back into the United States, officers searched the vehicle and allowed them to enter the country.

A few weeks later they received a Mexican birth certificate in the mail. However, the USCIS has since determined that document to be forged.

Since learning of her status, Rebecca has sought to become a naturalized citizen.

In 2016, she applied for a green card but heard little from the government other than requests for more documentation. (A “declaration statement” she sent to USCIS in 2017 is posted online.)

On February 10, Rebecca received a certified letter in the couple’s post office box and returned to the car, where John was waiting. “She grabbed the mail and recognized the certified label, so she knew what it was,” recalls John. “You see it and you expect the news to be bad.”

The letter informed her that her three-year-old application had been denied. She would have to leave the country in 33 days.

“She’s no more Mexican than I am as far as her life experiences,” John said. “How can they think it is OK for them to say out of the blue that you have to leave the only country you’ve ever lived in and go to a foreign country in 33 days? She doesn’t even speak Spanish.”

“I didn’t think I would be compared with a criminal,” Rebecca said.

The couple met in high school in Vancouver, Washington, and married four years later when John was in college.

John went on to dental school at the Oregon Health & Science University in 2013. During that time he joined the U.S. Army Reserve. He also received a federal scholarship that would cover his dental school costs, provided he agreed to work in an underserved area for two years after graduation.

They are servant leaders. They are dedicated. They show up at every church service ready to serve. – Adam London, pastor of Bethel Covenant Church

To fulfill that obligation John, Rebecca, and their two children moved to Bethel in July 2017. He now works at a community health center.

The Trimbles have attended Bethel Covenant Church since the week they arrived in the community of roughly 6,000 residents. They immediately became involved with a small group.

“They’re rock stars,” says pastor Adam London. “They are servant leaders. They are dedicated. They show up at every church service ready to serve.”

Throughout the fall and spring, Rebecca organizes and cooks meals for their “supper club,” when the church hosts 50 to 100 homeless people once a month. She also helps organize baby showers and volunteers for the Awana children’s program.

John jokes that he now knows he can invite someone over for dinner without asking Rebecca in advance because she loves hosting people so much. He serves on the church board, helps lead worship, and also helps with Awana.

The church has been supportive of them as well. The congregation has written letters on their behalf. The Covenant Asian Pastors Association has posted a link to sample letters for Covenanters who wish to write in support of the family.

The Bethel congregation also has helped with some of their legal expenses through fundraisers.

One member of the congregation, State Rep. Tiffany Zulkosky, addressed the Alaska House of Representatives recently to speak out for Trimble. She told them, “Rebecca is a kind, compassionate military wife. She is a doting mother of two. In short, she is exactly the kind of person that every community, every state, and every country should be excited and honored to have.”

The Trimbles say they think they have a strong case for Rebecca to stay in the United States. Her birth was not recorded in the Mexican birth registry, and no other records exist indicating that she was born in that country. Because Mexico has no proof that she is a Mexican citizen, the government doesn’t have to accept her, John said.

The family have received support from around the country, as well as from politicians since their story was first published on March 3 in a small Anchorage publication, The Alaska Landmine. The story had more than 20,000 shares in the first three days after it was posted.

John said his own faith was strengthened the evening the article was published online. He was teaching a group of third and fourth graders. As part of the lesson that night, one of the students read Psalm 37:3-6 from the New Living Translation Bible:

“Trust in the Lord and do good.
Then you will live safely in the land and prosper.
Take delight in the Lord,
and he will give you your heart’s desires.
Commit everything you do to the Lord.
Trust him, and he will help you.
He will make your innocence radiate like the dawn,
and the justice of your cause will shine like the noonday sun.”

“I had to look at it again,” John said. “It was like a word of God to the heart of the situation—‘the justice of your cause.’”