She was born Oct. 28, 1934, in Minneapolis, Minnesota, to Joel and Martha Peterson. When she was in fourth grade, she and her family moved to Prince Albert, Saskatchewan, where her father became president of Covenant Bible College. They later moved to Walnut Creek, California. 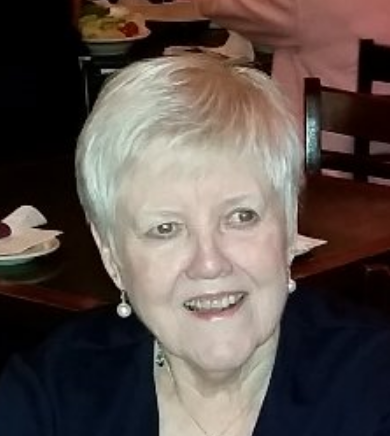 Marilyn attended North Park College, where she met Roger, who was a student at the seminary. They were married Aug. 3, 1957, a year after she graduated. They served a Covenant church in Vancouver, British Columbia, and then in 1963, they moved to Chicago, where Roger became chaplain of Swedish Covenant Hospital.

For many years Marilyn worked at Covenant Bookstore, where she provided support to students and professors at North Park University, churches, and to the broader community. A longtime member of North Park Covenant Church, she served in many areas of ministry, including singing in the choir for several years.

Marilyn was preceded in death by her sister, Jean Foss, and brother, Glen Peterson. She is survived by her husband, Roger; two children, Susan Guttormsen (Kevin), and Mark Nelson (Lisa); six grandchildren; two step-grandchildren; one great-grandchild and one step-great-grandchild.

A memorial service was held Dec. 14 at North Park Covenant.