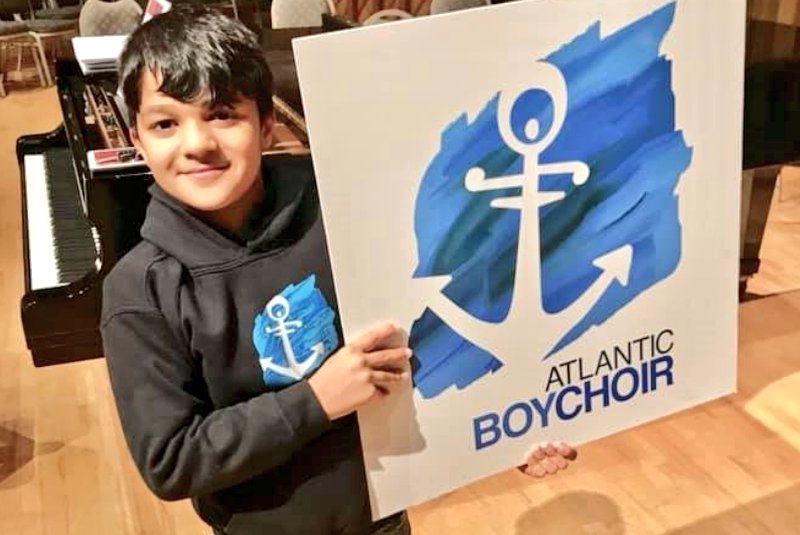 CHICAGO, IL (Jan. 24, 2020) – Covenanters routinely share links to social media articles
and videos that Covenant News Service believes may be of interest to others. Each Friday we post five of them. Following is a sample of those submissions—their inclusion does not represent an endorsement by the Covenant of any views expressed.

Sure, Twitter often is a wasteland of insults being hurled through cyberspace, but this is a beautiful, inspiring story of how a community used hockey to welcome a third-grade boy whose family had to flee their home in the war-torn country of Syria.

From the thread: “When you’re an immigrant, the easiest thing in the world is to feel left out.

Your food is different. Your accent is different. Maybe your clothes too. And when your parents are struggling to pay the rent, hockey is a laughably impossible luxury. But here’s the thing.”

Grove United Methodist Church has two locations in the St. Paul area. One has 400 attendees. The other has attendance of 30 people, almost all of whom are at least 70 years old, in an area that is rapidly growing. An article that appeared in the St. Paul Pioneer Press reported alleged plans to expel the older members of the smaller church and relaunch with a much younger congregation. But the story is more complicated than that. This follow-up piece in Slate raises important questions faced by many of our congregations and society at large.

From the article: “Without further intervention, a church in that condition will die a natural death in the next five years,” said William Willimon, a professor of Christian ministry at Duke Divinity School and a bishop in the United Methodist Church. “I’ve been in that situation, and you hate to see a church die,” he said. “But this church is dying. You look at a human gathering where the median age is 70, and you do the math.”

An Explosive History of the T-Shirt Cannon

At nearly every professional sporting event, fans scream at some point for someone with a cannon to fire T-shirts their way. This article describes the surprising origins of this device, as well as unusual ways people use it. The story is a reminder of how something can be used for good—and the not-so-good.

From the article: “The T-shirt cannon can be traced back to Britain during World War II, when sailors on commercial freighter ships were left vulnerable after their anti-aircraft weapons had been rerouted to warships. Desperate to protect themselves from enemy attack, the sailors adopted a weapon developed by the Department of Miscellaneous Weapons Development. Dubbed a Holman Projector, it could shoot projectiles out of a tube using steam from the ship’s boiler.”

The data shows that home teams possess a competitive advantage, although the exact nature of that advantage differs by sport. This article addresses misconceptions (the crowd has nothing to do with it), and identifies some real causes. the may be less than people think, and not true for some situations. The article references the Houston Astros—and was published less than two weeks before news of the team’s cheating broke.

Singer David Olney Dies During Performance at Florida’s 30A Festival

Widely respected by country artists, David Olney was best known among fans of alternative-country. The 71-year-old died recently during a performance in a way that friends said was in character with who he was.

From the article: “David was playing a song when he paused, said ‘I’m sorry’ and put his chin to his chest. He never dropped his guitar or fell off his stool. It was as easy and gentle as he was. We got him down and tried our best to revive him until the EMTs arrived.… The world lost a good one last night. But we still have his work. And it still inspires. And always will. RIP.”