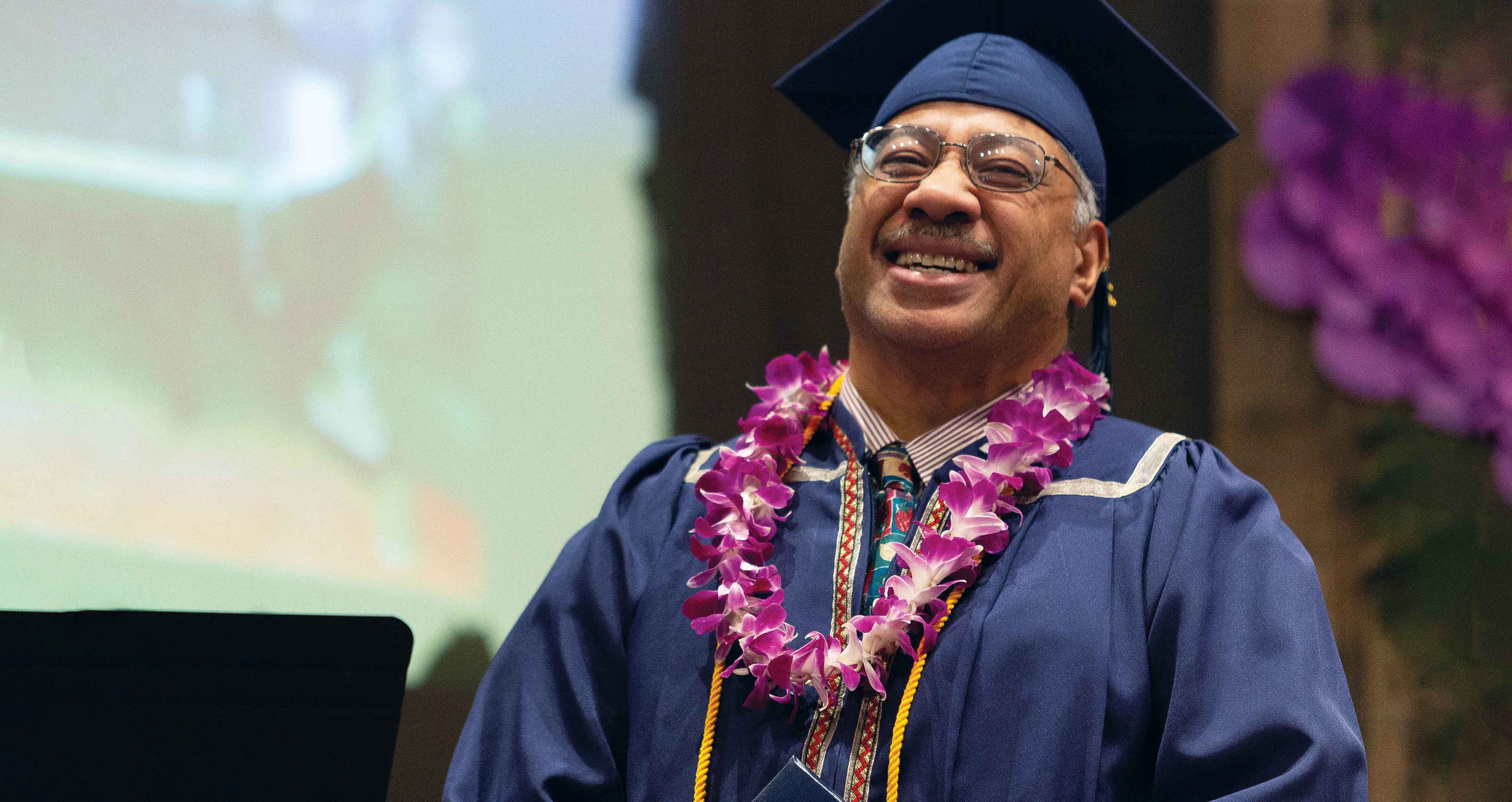 When Talakai Finau took his son to college,
he never imagined how it would change his own life.

A swath of land along the shore of Big Lake, located about an hour’s drive north of Anchorage, is precisely the place where a conversation could deviate because of a moose. A chat with Talakai Finau, campus pastor intern at Alaska Christian College, where he oversees spiritual life events on campus, took such a detour when three moose—a mama and her two calves—meandered along the lake at Camp Maranatha, the site of the Alaska Conference pastors and leaders fall retreat last October.

Even after a quarter century of living in Alaska, Finau, father of five and grandfather of nine, appreciated the sight, as well as this Alaska newbie’s excitement. So we left the lodge where we had shared a meal of chicken and rice to inspect the moose, continuing our conversation about Finau’s own life of roundabouts—from Tonga to Hawaii to Texas to Alaska, then to his once-unlikely-but-now-highly anticipated start next fall at North Park Theological Seminary.

Can you tell us a little about your personal journey?

I was born in the island nation of Tonga in the South Pacific. There were nine of us sons, and I have one sister. In 1971, when I was five, my father went to Hawaii to find a life for us. By 1976, we had all moved to Hawaii, and I started the fifth grade. I had a real difficulty with the English language.

My dad drove a taxi, and in those years, tourism in Hawaii went downhill, so there was hardly any money. So Mom and the younger kids, including me, moved to Seattle. My dad stayed in Hawaii with a couple of my brothers and continued to drive a taxi. Then one of my brothers moved to Texas, where there were jobs, so he could work and help bring food to the table.

I tried going to DeVry University in Texas, but I only lasted 10 days. I didn’t understand a thing. So I came to Alaska in 1987. I had a brother who was going to school. I stayed with him and ended up in Kenai, southwest of Anchorage, working in a fishery.

But I kind of felt homesick, so I went back to Hawaii where I met my wife. We got married in January 1988. In May 1989, we moved back to Alaska and stayed in Anchorage for 25 years.

Having a taste of that learning
was kind of like the song “Taste
and See.” It gave me the joy and
the excitement to want to learn more.

Why did you move back to Alaska after all of that?

I was still young and not very smart in what I was doing. I was actually working for my cousin in Hawaii, who helped me a lot, and we were cutting trees and feeding pigs. When my dad saw that, he said, “You’re going to Alaska.” So I moved to Anchorage.

How did you end up at Alaska Christian College?

Five years ago, our family moved to Kenai, and my son Keola got a scholarship to Kenai Peninsula College. When we went to visit KPC, we saw Alaska Christian College, which is right next door. I parked the car there, and I said, “Son, you’re going to go to school here.”

I wanted him to go to a Christian college. I knew there was no way he was going to make it if he went to another school. He didn’t like that idea at first. But a couple months later, I was able to convince him to go to ACC.

Then I ended up going there too when I was 52. I graduated last May, and my wife is now going to school there. She and my son both plan to graduate together next May. Keola was just accepted to North Park University to complete the rest of his undergraduate degree.

What made you want to do a life pivot at age 52?

One day I asked my son to talk to Jason Battiest, the director of admissions. Jason gave me a call, but it took forever for me to go meet with him because I still didn’t think it was possible.

Finally, I walked in there and Jason had me fill out an application and submit it. Right before school started, Jason sent me a text and said, “Go to the mailbox. Your acceptance letter is already there.” Even the first day, when school started, I was still not sure this thing was going to happen.

When my father brought us here, that was the dream: for us to elevate our education and earn college degrees. But it was impossible. There was no way to make it feasible financially. Yet ACC made it happen. 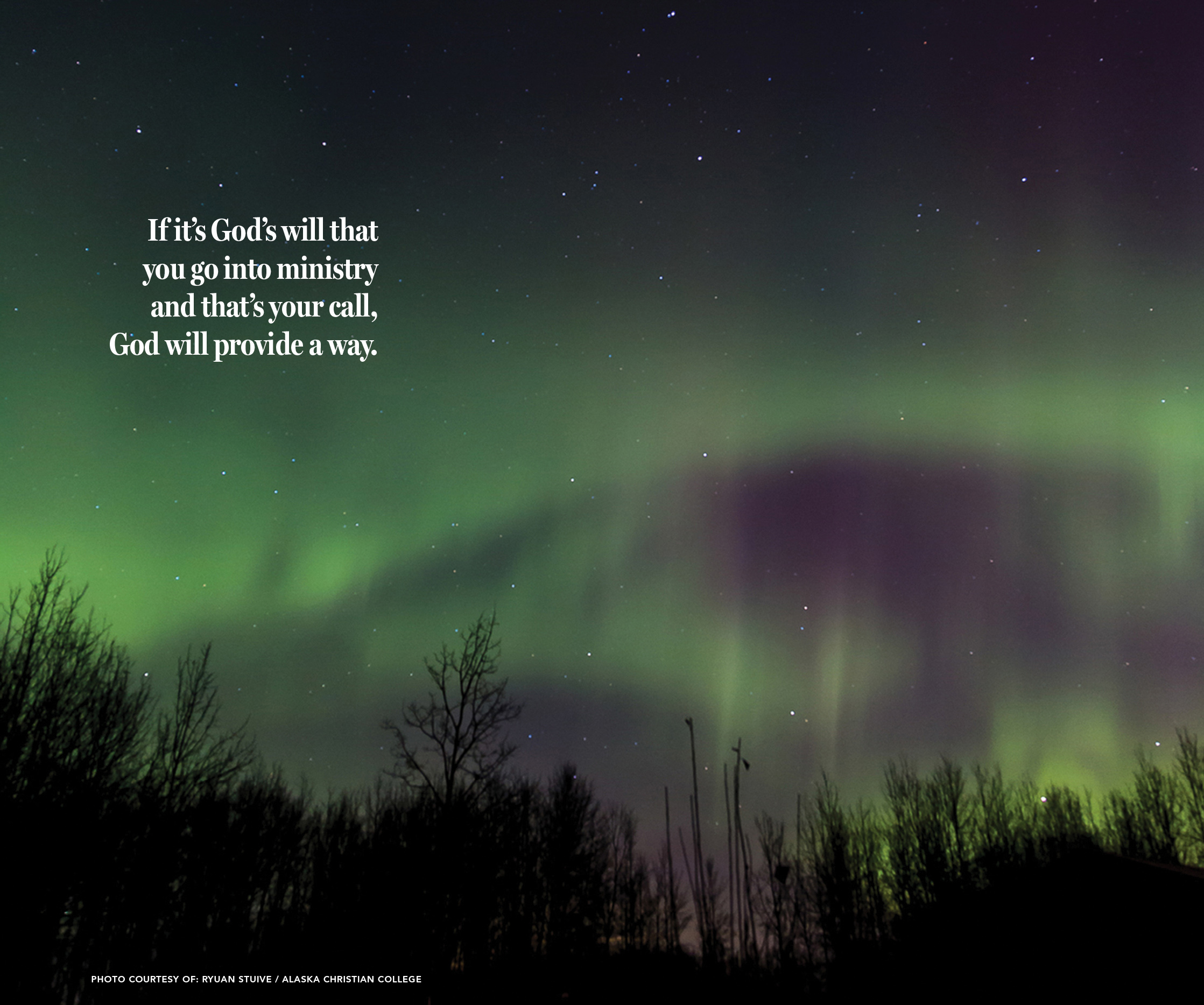 How did you adapt?

When I started at ACC, my reading was at a third-grade level. I was sitting in class with students less than half my age. My first paper took me 10 hours to write a page and a half. But I didn’t quit, even when they made me rewrite it. And I earned my associate’s degree in general studies from ACC.

What’s next for you?

Having a taste of that learning was kind of like the song “Taste and See.” It gave me the joy and the excitement to want to learn more. And I wanted to get the education so I could better serve God by serving the flock. I know there’s more I need to learn to better serve God and the world.

I had always wanted to go to seminary, so I applied to North Park Theological Seminary. Again, the uncertainty was there because it seemed like there’s no way they would accept me into a master’s of divinity program with an associate’s degree. But I applied, and it was the grace of God—I received a call letting me know that not only was I accepted, but 70 percent of costs are already taken care of. I’m going to move to Chicago and start in fall 2020.

I have a passion for working with Native people. So my desire is to be equipped and open to wherever God calls me to serve. I just can’t find enough words to express my gratitude. I praise God for North Park and the Covenant Church and the ACC for making this possible.

What kind of work had you done before you came to ACC, and how does it align with what you’re doing now?

For 12 years, I worked for FedEx—two years at the warehouse and ten years in customer service doing customer clearance. Providing clearance documentation includes calling people at 4 o’clock in the morning because in New York it’s 8 a.m., and everyone wants their packages yesterday. So it was this stressful life, multitasking and doing multiple things at once. That connects really well with what I’m doing at ACC as the campus pastor intern. I’m working with 104 students and staff, and there’s a lot of multitasking!

What would you say to people who think it’s too late to do something different in their life?

Oh, they need to take the opportunity to go for it. Pray for it and give it to God. If it’s God’s will that you go into ministry and that’s your call, God will provide a way, even when you’re reading at a third-grade level and you spend 10 hours writing a one-and-a-half page paper.