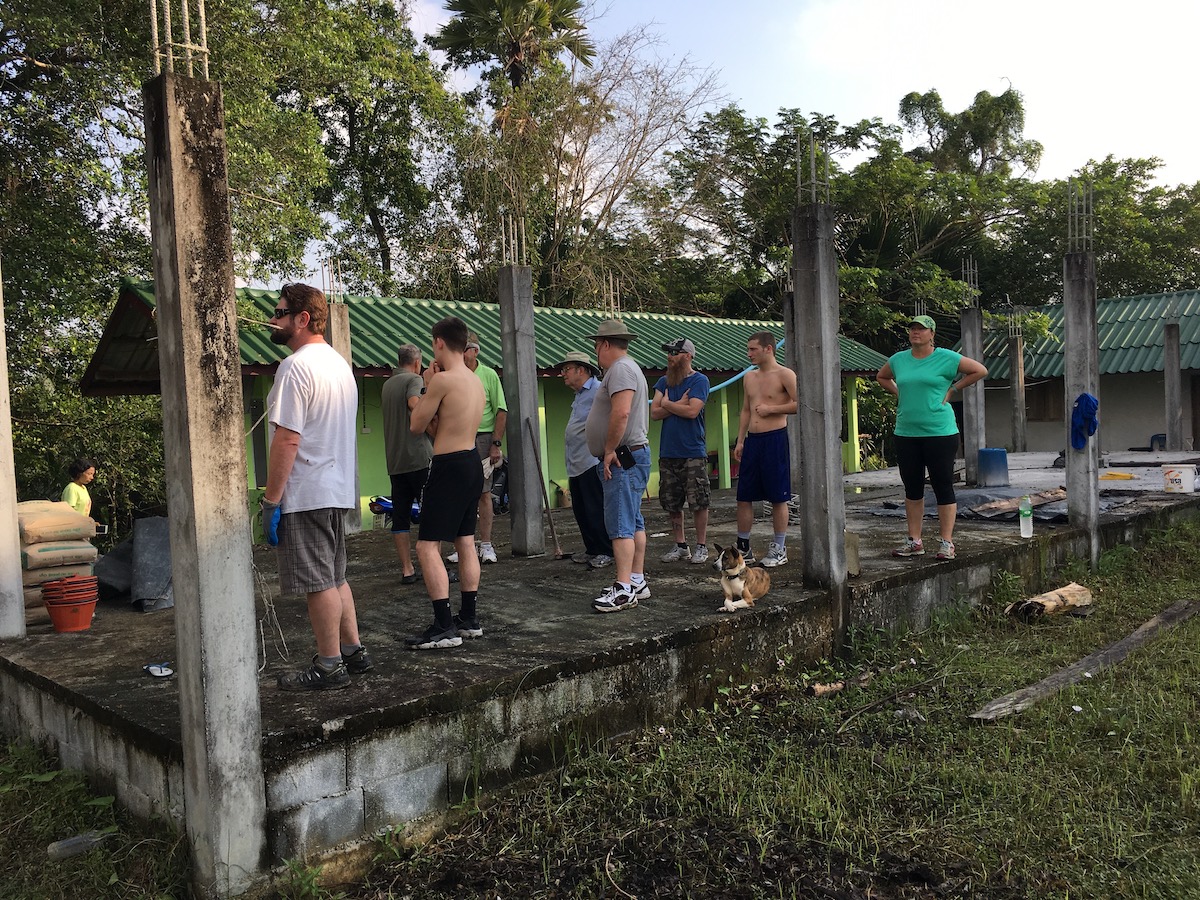 Members of Brookwood Covenant Church returned to Ranote for nine years to construct a multi-purpose facility and help with other ministry that included providing medical care to former prostitutes with HIV/AIDS.

TOPEKA, KANSAS (Jan. 5, 2020) – On a typical Sunday, 35 people worship here at Brookwood Covenant Church. They gather in a sanctuary that once held several hundred for two services every weekend. But the church declined, and some might have thought it was time to close its doors.

But across the world, residents of Ranote, a small seaside community in southern Thailand, are grateful for Brookwood. Ranote has two stoplights, a hospital, several stores, restaurants, and coffee shops. It is nearly surrounded by thick jungle. The Gulf of Thailand, just a half-mile away, has flooded the low-lying area repeatedly in recent years. Few tourists visit—there are no notable sites or nightlife.

For nine years, members of Brookwood Covenant have traveled to Ranote and nearby communities to work on construction projects and provide medical assistance to former prostitutes who have contracted HIV/AIDS. Recently, the church hosted a celebration in Topeka marking the completion of a new building in Ranote that will enable a ministry of the Sustainable Development Relief Foundation (SDRF), which the church had connected with through one of its members, to provide basic medical care, counseling, and educational offerings to local women.

The relief foundation is headed by Jim Gustafson, former executive director of World Mission for the ECC, who flew to Topeka for the celebration.

“You may be small, but you are making a big difference in the lives of the people in Ranote,” he told the congregation. “This has been something really special.”

The women who come to the ministry in Ranote have worked in Bangkok, Phuket, or other large Thai cities. When they became infected with HIV/AIDs, the men who controlled them sent them away.

Yet the women had nowhere to go. Their families, some of whom had sold their daughters into sex slavery, didn’t want them back. So they migrated to rural villages such as Ranote. They subsist—barely—on food they grow or barter. SDRF plans to teach them skills that will help them earn a living. 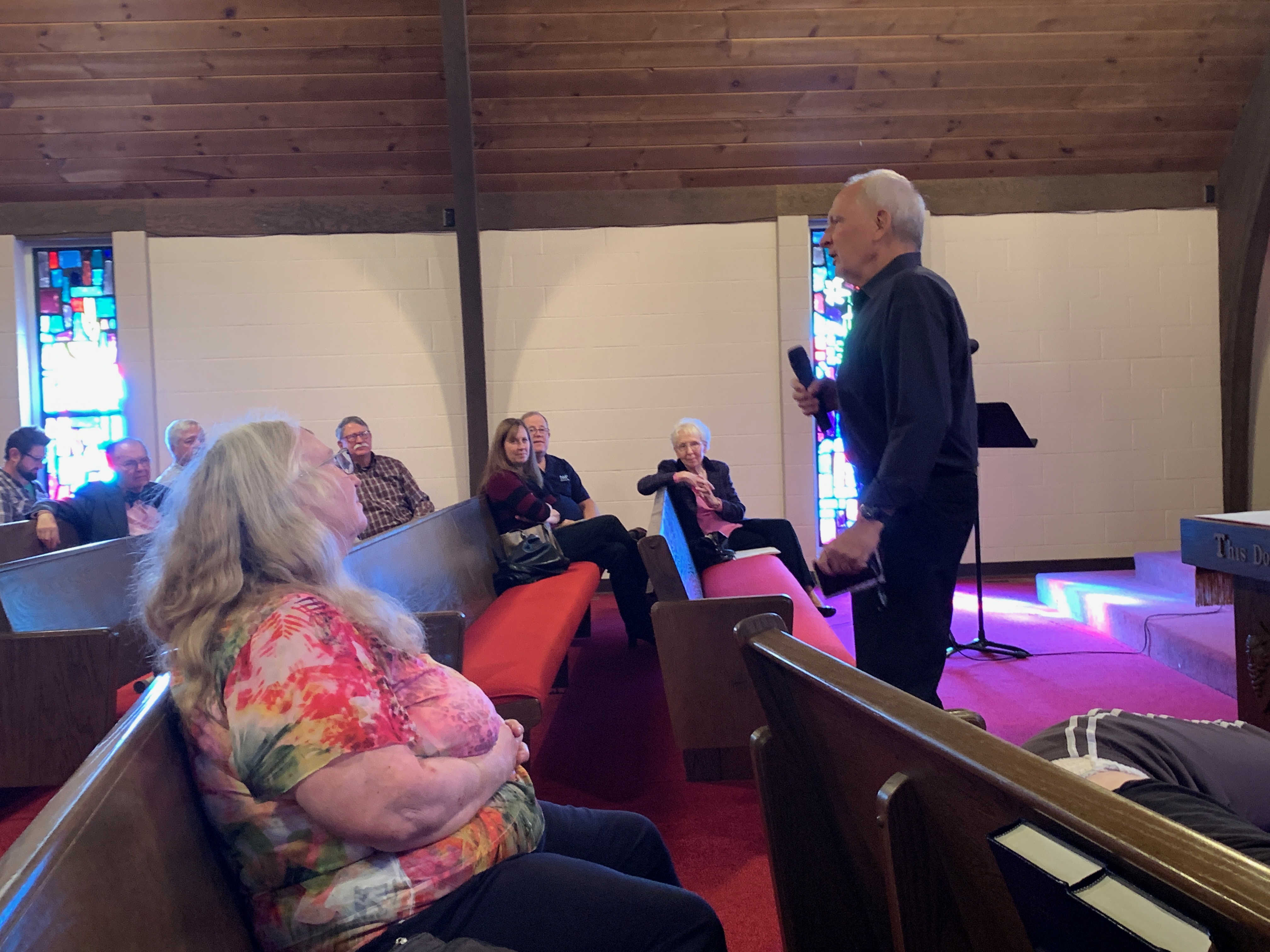 Brookwood first connected with SDRF after Bob Shim, co-regional coordinator in Asia for the ECC, talked with church member Dave Cavanaugh, whom he had met on previous mission trips. Shim asked Cavanaugh whether the church would be open to helping with mission work in Thailand.

Cavanaugh was quick to say yes. It meant returning to a place where he had once served under different circumstances. When he was 18 years old, he served in the U.S. Army and was assigned to work with the Royal Thai Army as a communications specialist during the Vietnam War. He says he fell in love with the people and country.

On their initial trips, Brookwood teams helped provide medical care and clear land, as well as reconstruct and build fishponds.

At times, the work was a hard slog. Clothes quickly become drenched in sweat with temperatures in the high 90s and humidity near 100 percent. After enduring the hot weather on several trips, one team decided to travel during the cooler rainy season. But that had its own challenges.

“You’d be up to your knees in mud, and sometimes your feet would come out of your boots,” Cavanaugh said.

Now that the building construction has been completed, church members say they hope there will be opportunities to return to Thailand. 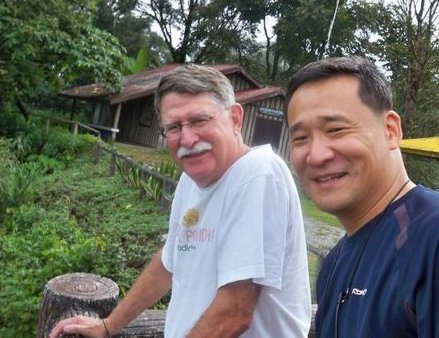 Bob Shim, Asia region co-coordinator for Serve Globally, asked Dave Cavanaugh if Brookwood Covenant Church would be interested in doing mission work in Thailand. Cavanaugh fell in love with the country when he was stationed there as a US soldier during the Vietnam War and was excited to return and serve the people.

The congregation’s history stretches back to 1873. The current A-frame sanctuary with attached offices and gymnasium is tucked back—some would say hidden—in a southwest Topeka neighborhood of middle-class homes.

The church has always been committed to local, national, and international ministry. In recent years, members have helped with rebuilding efforts after disasters in Texas and devoted numerous hours to the Topeka Rescue Mission, which shelters an average of 270 people a night and provides wraparound services. They have also assisted international students who attend nearby Washburn University by providing meals, friendship, and guidance.

Currently the congregation is unable to afford their own pastor, and the sanctuary can feel empty with few in attendance. Yet members are determined to continue ministering in whatever ways they can. On Sunday mornings, they watch videos of sermons by Craig Groeschel, pastor of Life.Church, the Covenant megachurch based in Oklahoma, and worship with their own music.

Despite Brookwood’s small size, the congregation has always been able to raise funds for the trips. “I’ve never worried about the money,” said Joan Porter, who once served as the congregation’s associate pastor and is now a member. “If we’re supposed to do it, God will supply the funds.”

Porter adds, “The only reason I can see that we are continuing as a church is that, while we are small and limited in funds and people energy, God is great and powerful! Right now we are active and waiting to see what God has for us.”