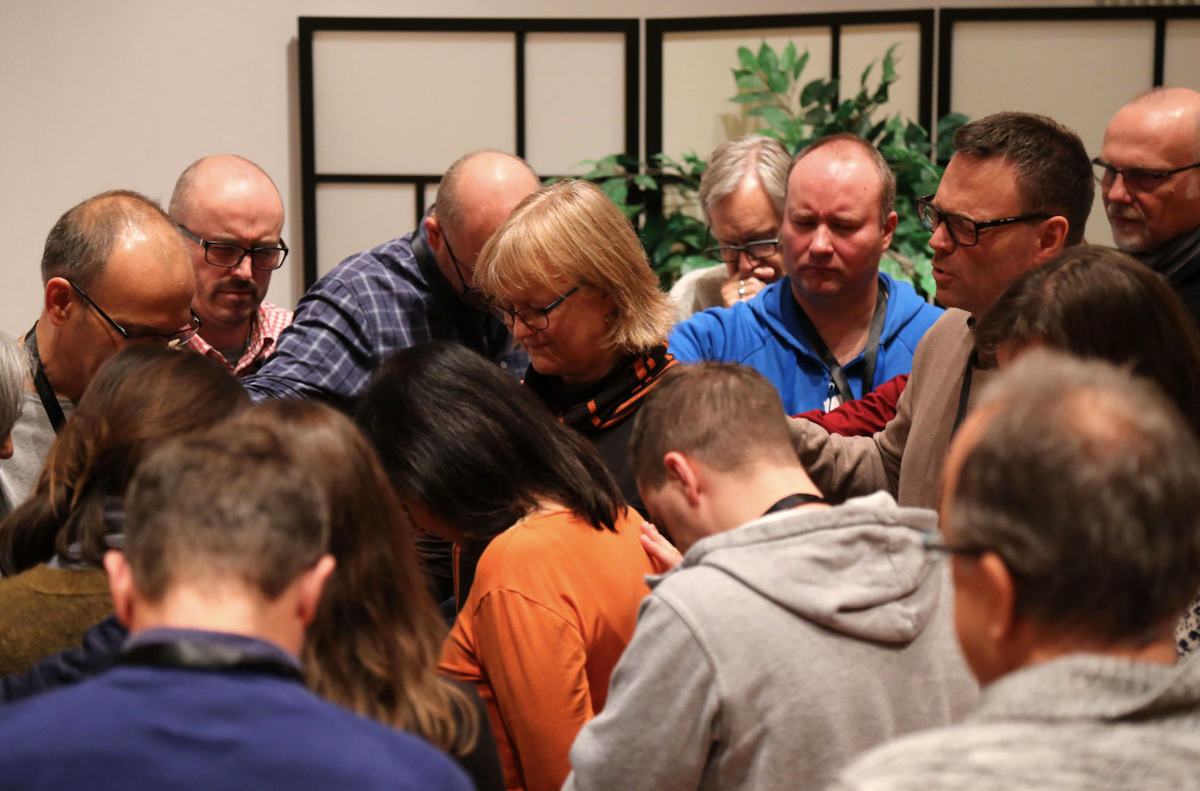 Leaders of the EuroVitality movement prayed for the future spread of the gospel in Europe.

(Jan. 9, 2020) — A new memorandum of understanding will enable the International Federation of Free Evangelical Churches (IFFEC) to translate and edit the Evangelical Covenant Church’s congregational vitality materials so they can be used more freely in European countries and contexts.

IFFEC is composed of church federations from the Free Church heritage in 33 countries. They meet for mutual support, cooperation in mission, and to help member federations develop healthy churches.

According to the congregational vitality web page, vitality is a process that incorporates workshops, congregational assignments and assessment tools to help local congregations discover what it means to be a healthy, missional church.

The agreement was signed on the seminary campus of the Evangelical Free Church of Finland in Tampere during a European vitality conference held Nov. 18-22. The memorandum is “of historic significance for the European vitality movement,” said Paul Lessard, executive minister of the ECC Start and Strengthen Churches mission priority.

European signers to the agreement included representatives of federations in five countries:

Under the agreement, Serve Globally personnel Katherine Choi-Lee will serve as vitality liaison between Start and Strengthen Churches and the EuroVitality team, which consists of national church leaders who are seeking renewal for their denominations, for the next three years.

“Kathy in many ways will be functioning as a director of church vitality for Europe over the next few years as they move to their own self-standing organization,” Lessard said. 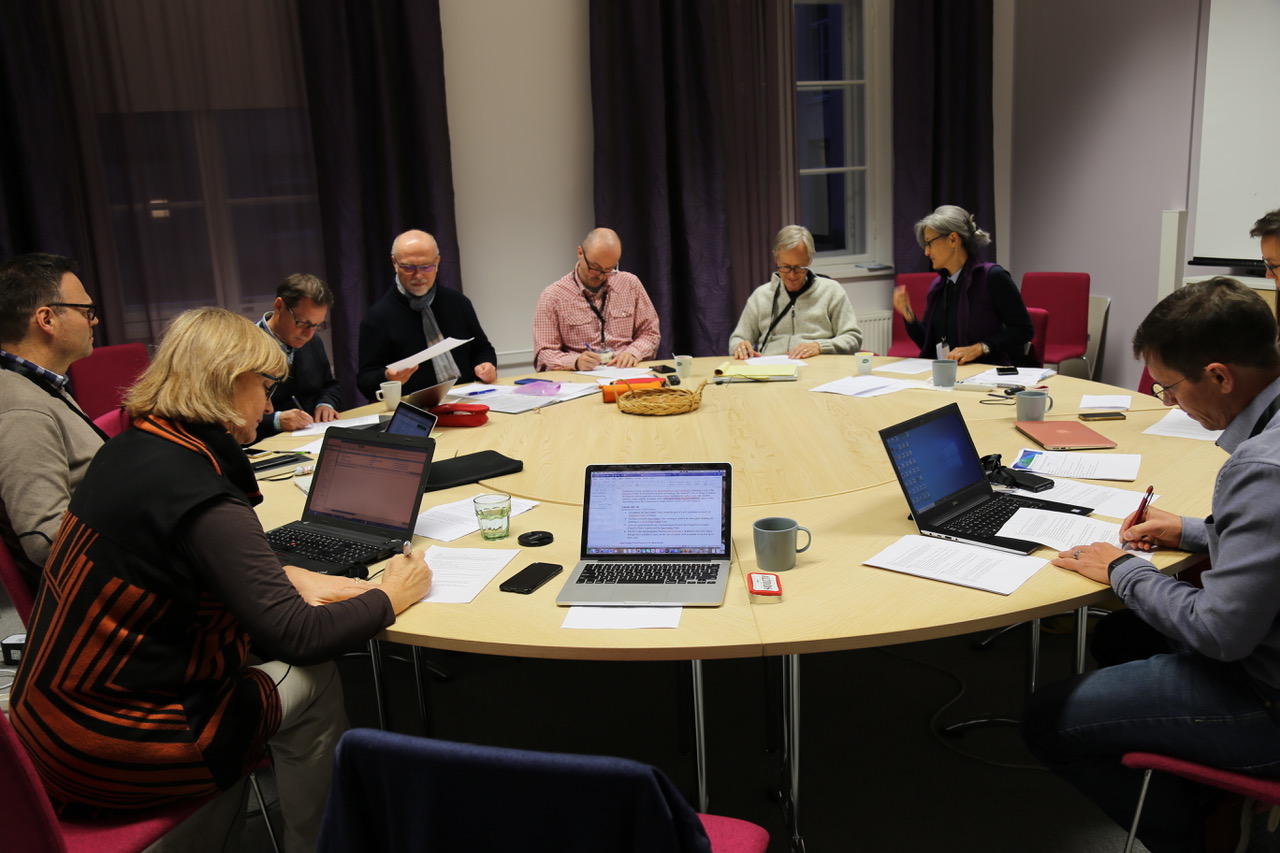 Church leaders sign the agreement that will maximize opportunities for kingdom growth in Europe.

Having served as global personnel in France 20 years ago, Choi-Lee says, “I can testify to the current ‘kairos’ moment of God moving in Europe to renew the church.” The new partnership agreement cements the understanding that missional vitality is a gift for European partners, she continues. It will free up the EuroVitality team to expand and extend its work and ministry.

The European churches first learned of the pathway in 2008, when Donn Engebretson, then- executive vice president of the ECC, introduced it at an IFFEC meeting. The next year, Norwegian church leaders invited ECC president John Wenrich, who was then serving as director of congregational vitality, to present a training. Subsequently, France and other IFFEC churches requested training to incorporate the materials into their programming as they sought to reach out to the highly secularized countries where they minister.

“When we were introduced to the vitality pathway in 2013, we had a feeling that this was driven by the Lord,” Vincent Mieville, then-president of the French federation, told ministers gathered at the 2016 ECC Midwinter Conference. “This process was made for us.”

He noted that only 3 percent of the French population is Protestant and only one-third of those are evangelical. “The church is not dead in France, but it is only barely alive. It seems that many churches’ only goal is to not die. It’s a survival reflex but not a sign of vitality,” Mieville said.

Still, the vitality pathway is helping evangelical churches adapt to their “post-Christian context,” Mieville added. “Adaptation is a marker of life.”

“It really is a new season for vitality in Europe,” Lessard said, adding that leaders at the vitality conference wanted to share the materials with other denominational groups, as well as other countries. “It was very energizing to see the hope leaders had for their churches and neighbors. The vitality pathway has instilled an expectation that churches can find new health and missional focus.”

“I’m humbled by how the Holy Spirit is using the pathway to encourage and bring hope to churches in Europe,” Wenrich said. “I’m inspired by how national leaders and pastors contextualize the resources for their own setting. It’s gratifying to witness the third and fourth generations of development and impact.”