CHICAGO (November 18, 2019) – Marla Salazar, a recipient of the Deferred Action for Childhood Arrivals, or DACA program, followed the arguments at the U.S. Supreme Court last week regarding whether President Donald Trump could rescind her DACA status and that of about 700,000 others with a mixture of emotion and pragmatism. 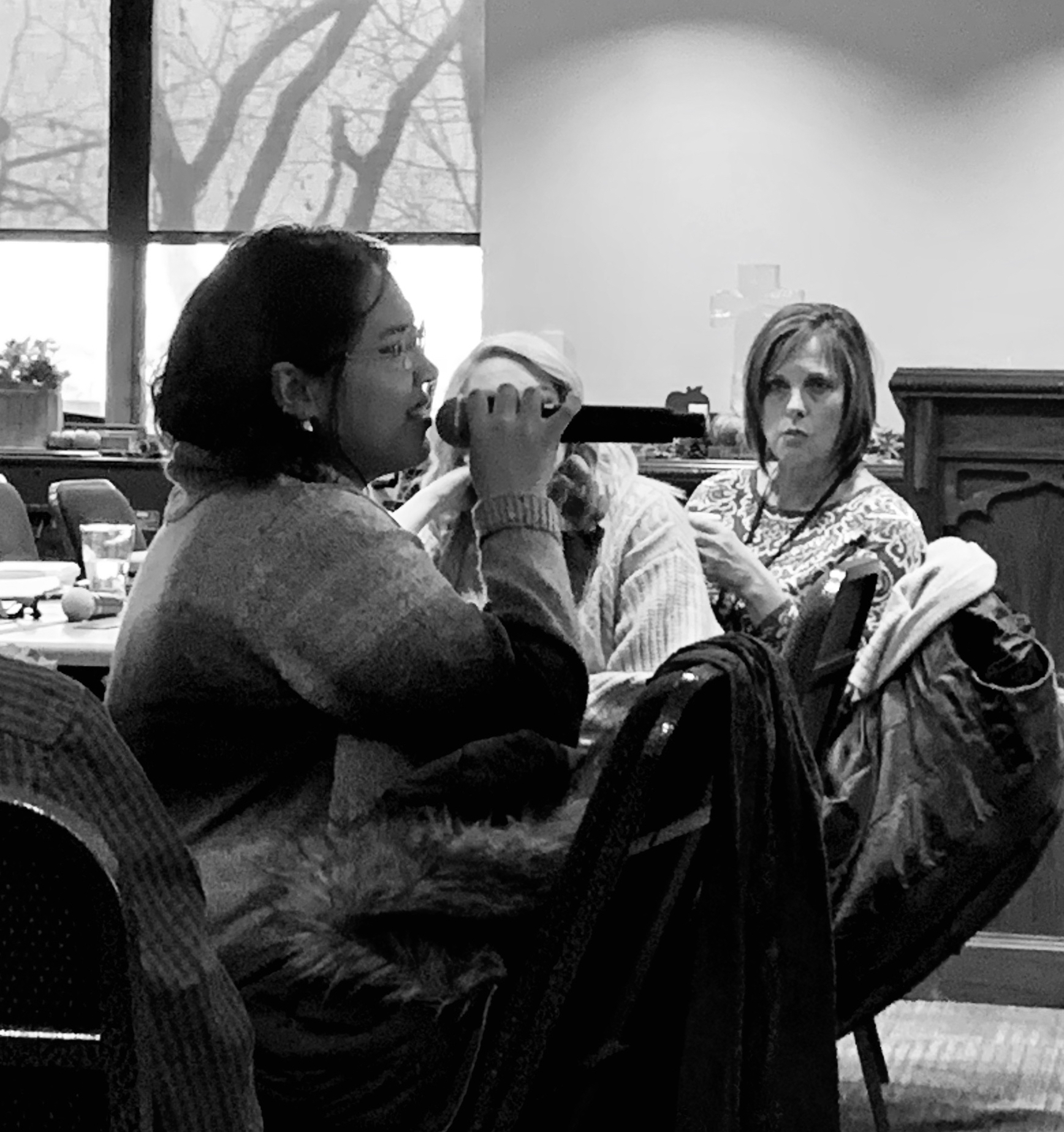 Marla Salazar, a DACA recipient, shares her story at a town hall on immigration at Covenant Offices.

“My hope is that if DACA continues, then great, because I just started nursing school, and I would like to work and have my license in nursing once I finish,” Salazar, a Covenanter, told a room full of staffers at Covenant Offices. “And if it’s said to be unconstitutional, then hopefully, there will be another pathway to citizenship.”

At a town hall meeting on immigration convened at Covenant Offices on Friday by ECC President John Wenrich, Salazar, who was brought to the United States from Mexico by her parents when she was two years old, says she feels loved and supported at forums such as these—when people are willing to listen.

“This is a good step, people stepping into the conversation and being aware,” she said. “I came from a predominantly Latino church, and we didn’t really talk about this stuff. It wasn’t hurtful because I was unaware of my status at the time. It wasn’t until I moved to a different church where this was more openly discussed and talked about because we had people from different communities coming, and we wanted to stand in solidarity with each other. Seeing people who are not directly affected, maybe who have no connection to me, seeing them want to get involved and just rally behind us, that already helps.”

Wenrich says he hopes the town hall meeting will inspire congregations to become informed about immigration issues and “practice solidarity”—the newly added “p” of the ECC’s six-fold test in its accountability efforts in being a multiethnic denomination—with Salazar and other recipients of the DACA program, as well as about 11 million undocumented immigrants in the United States. Under DACA, which was implemented by President Barack Obama, undocumented individuals who came to the United States when they were under 16 years old and met certain requirements could apply for temporary relief from deportation (renewable every two years), work authorization, and the ability to apply for a social security number.

In addition to delving into DACA, Wenrich also is one of 10 denominational leaders in America who has signed an evangelical call for restitution-based immigration put together by the Evangelical Immigration Table, a movement of Christians committed to living out the Bible’s call to welcome the stranger.

We can keep families together and extend compassion to vulnerable immigrants while also respecting the law and expecting our government to ensure secure borders. — Matthew Soerens

At the Covenant Offices’ town hall, staff also heard from Matthew Soerens, the U.S. director of church mobilization for World Relief, national coordinator of the Evangelical Immigration Table, and co-author of “Welcoming the Stranger: Justice, Compassion and Truth in the Immigration Debate.”

Soerens said it’s important for Christians to think biblically about immigration, citing a LifeWay Research poll commissioned by World Relief that found just 12 percent of self-professed evangelicals pointed to the Scriptures as the primary influence on their views on immigration.

He emphasized that the immigration debate does not have to pit compassion against obedience to the law.

“We really believe it’s possible to bring those things together,” Soerens said. “We can keep families together and extend compassion to vulnerable immigrants while also respecting the law and expecting our government to ensure secure borders.”

The call for restitution-based immigration reform released by the Evangelical Immigration Table calls on elected leaders to allow immigrants in the United States without authorization to earn permanent legal status and eventual citizenship if they pay a fine and meet other appropriate requirements. The proposal seeks to both respect the rule of law and keep families together while providing an expedited path to citizenship for individuals with DACA and others who arrived as children.

Wenrich says he hopes other Covenant pastors would sign the document and foster discussion at their churches by using biblically based resources. In the effort to grow in his knowledge of immigration, Wenrich has asked Soerens to coach him in understanding specific issues and reform efforts, as well as in ways to mobilize the church around immigration. He also encouraged Covenanters to listen to the stories of immigrants who are undocumented.

“How can we practice solidarity if we don’t hear their stories?” Wenrich said. “I want us to be a learning movement, and we’re going to learn one step a time.”

Click here to access Covenant resources on immigration, including the ECC’s Immigration Resolution. And here to download a free e-book resource from the Evangelical Immigration Table, “Thinking Biblically About Immigrants and Immigration Reform.”