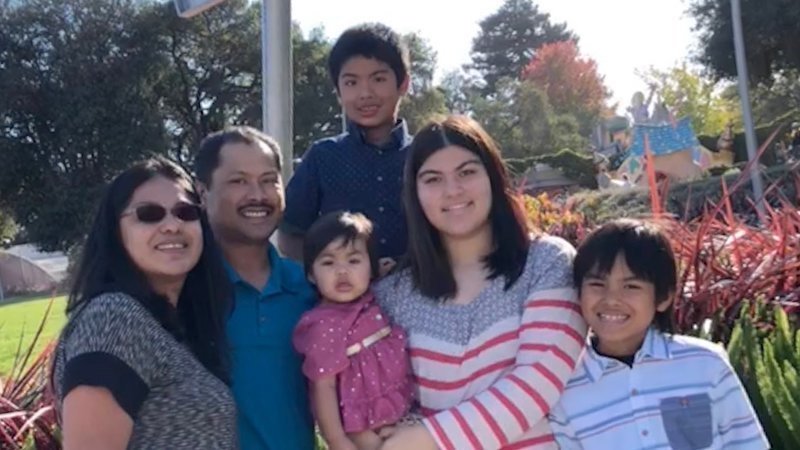 OAKLAND, CA (October 26, 2019) – The Covenant Asian Pastors Association (CAPA) is urging Covenanters to sign a petition that will stave off the pending deportation of Cambodian refugee Saman Pho, whose family is connected with First Covenant Church in Oakland.

More than 5,500 people already have signed the petition that asks Governor Gavin Newsom to pardon Pho. Pho served 12 years in prison for a 1995 shooting incident in which no one was injured.

Supporters say the 43-year-old married father of four turned his life around while incarcerated and has become a model citizen with a deep religious faith.

Pho received a letter in September instructing him to report to Federal Immigration and Customs Enforcement (ICE) headquarters in San Francisco and informing him that he probably would be detained. When he showed up for his appointment on October 3, officials took Pho into custody.

Pho was one of several dozen Cambodians across the country to receive summonses in recent weeks as part of intensified efforts to deport Cambodians with criminal records, advocates said.

Born in Cambodia, Pho was six when his family was imprisoned in a labor camp under the Khmer Rouge genocide. They witnessed numerous atrocities, and his brother died from malnutrition. After three years, the family escaped. They lived in several overcrowded refugee camps before entering the United States in 1982.

‘This is a man who loves Jesus’ – said Kacie Stratton, executive director of Harbor House Ministries.

“After experiencing trauma and unspeakable loss, Saman and his family resettled in an impoverished and overcriminalized neighborhood in Oakland, California, with few resources for Southeast Asian refugees,” according to a letter sent by the city to the governor in support of the petition.

When Pho was 19 years old, a group of men attacked him and a friend at a party. “Out of fear and panic,” he fired a gun, the letter states. No one was injured. He accepted the 12-year prison sentence in a plea agreement.

In prison, Pho earned his GED, completed rehabilitation programs, and led an official advisory group within the prison. After his release from prison in 2006, he was immediately detained by ICE for four months.  A judge ordered his deportation, but no country recognized him as a citizen or would accept him, so Pho was released and ordered to report yearly to ICE.

Pho’s parents, who are naturalized citizens, are part of the First Covenant’s Cambodian ministry. Two of Pho’s children participate regularly with Harbor House Ministries, which was established by First Covenant to assist immigrant and refugee families.

“This is a man who loves Jesus,” said Kacie Stratton, executive director of Harbor House Ministries.

CAPA became involved after Perry Sakai, a pastor at New Hope Covenant Church, contacted them asking for prayer, advice, and help spreading the word about the petition. “That sparked a discussion within our board,” said CAPA president Mary March. “As a board, we are increasingly feeling called to help not only our Asian brothers and sisters, but people of all ethnic groups who are being devastated by this enforcement push.”

Since his release, Pho has worked multiple jobs and eventually graduated with honors from a cement mason apprenticeship program, became a member of Plasterers and Cement Masons’ Local Union No. 300, and is employed.

He and his wife, Maribel, have children, Zuheili (14), Tonalli (9), Emanuel (8), and Apsara (1). Pho is being detained at a facility in Texas, and his family has been unable to see him, supporters say.

A pardon from Newsom would not absolve Pho of his crime, but it provides the only opportunity to prevent Pho from being deported and to regain his visa status, said Chamron Phal, a First Covenant associate pastor who oversees the congregation’s Cambodian ministry. So far, Newsom has granted two of 11 requests to halt deportation of Cambodians under the recent stepped-up enforcement, Phal added.

Cambodia has received an increased number of deportees since President Donald Trump ordered ICE to increase deportations, from 29 in fiscal year 2017 to 110 in fiscal year 2018, according to ICE data. ICE has deported 80 Cambodians in fiscal 2019, 70 of whom had criminal records, the agency said.

The timeline for Pho’s deportation is unclear.