NASHUA, NH (October 24, 2019) – Osman Konda, co-pastor of the Sudanese Evangelical Covenant Church in Manchester, was killed late Saturday night when he was struck by a car. The driver has been accused of driving while intoxicated and charged with negligent homicide. 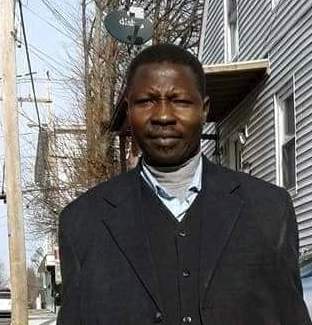 Konda, 53, was having car trouble so he pulled his vehicle to the shoulder of the Everett Turnpike, according to the New Hampshire State Patrol. He was standing in front of the vehicle when he was struck around 11:45 p.m. He was pronounced dead at the scene.

His wife, Feebi Saeed Kabba, was in the car.

Konda was a Sudanese refugee who first fled to Egypt to escape the civil war between Sudan and South Sudan. He pastored Mansheyet-al-sadr Evangelical Church in Cairo from 2005 until he was given refugee status in 2015 by the United Nations.

He and his wife and children were resettled in Nashua. He was invited to serve as co-pastor of the church, which had been planted by Bethany Covenant Church, located in Bedford. While serving as pastor, Konda worked full-time as a machine operator for DiaCom Corporation in Amherst, New Hampshire.

Sarah E. Shaw, 36, was arrested at the scene for driving while intoxicated after failing a field sobriety test, according to state police. During Shaw’s court appearance on Monday, the prosecutor said she told police she had been driving home from a wedding. Shaw’s attorney noted she had no criminal record or moving violations. He told the court, “This is a tragedy and, the fact is, this is an accident.”

The judge ordered Shaw to be held in jail pending additional court hearings.

Funeral services will be held at 10 a.m. on Saturday at Bethany Covenant Church, with interment following at Pine Grove Cemetery in Manchester, New Hampshire. A Facebook donation page has been posted to help cover funeral expenses.