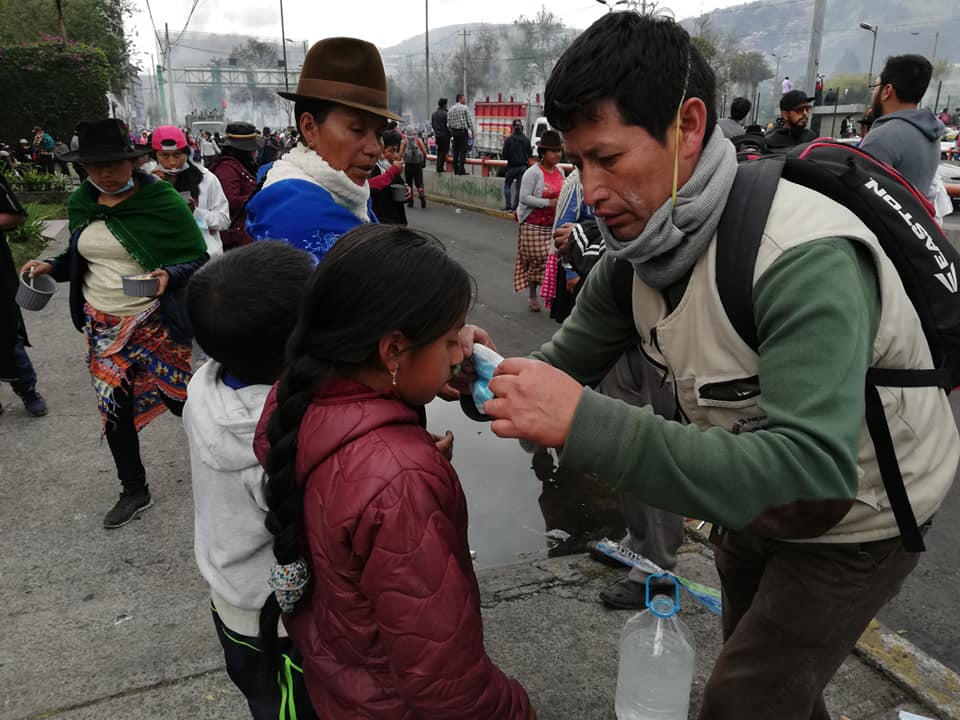 A care worker with Casa Hogar in Cayambe, gives a girl a facemask with vinegar, which helps to temporarily ward off the effects of tear gas.

(October 18, 2019) – Volunteers from a medical ministry connected with the Covenant Church of Ecuador (IPEE) provided medical, spiritual, and emotional care to protesters in the Ecuadorean city of Quito during the recent turmoil here, said Serve Globally personnel. 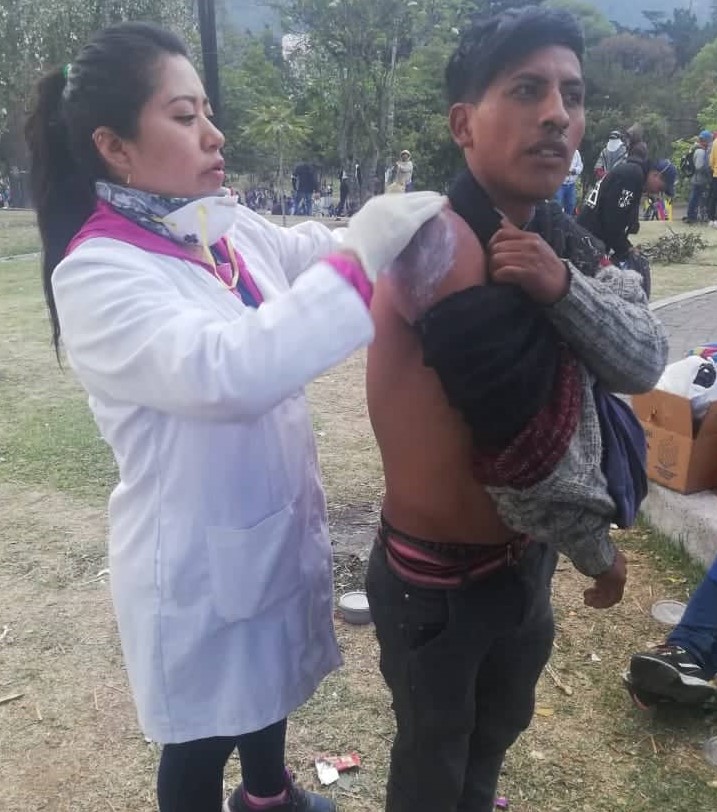 A psychologist with Casa Hogar applies cream to an injury sustained in the protests.

The team from the Santiago Partnership traveled about 40 miles from Cayambe from Quito to serve women and children in need in the midst of riots that killed at least eight protesters and injured more than 1,300. The ministry includes IPEE and was founded by Serve Globally personnel Joel and Kim Delp.

“We were so thankful for their courage and compassion during this time and we are thankful to God that the strike has now ended,” said a statement posted online by the ministry.

Shortly after protests ended, volunteers took to the streets in Quito to clean up the damage inflicted during the conflict, Joel said.

The country’s largest protests in years erupted after the government began implementing austerity measures, including ending fuel subsidies, in order to reboot the country’s flagging economy. The protests ended Monday night following negotiation between indigenous leaders and President Lenin Moreno, who agreed to remove the austerity measures and reinstate the subsidies.