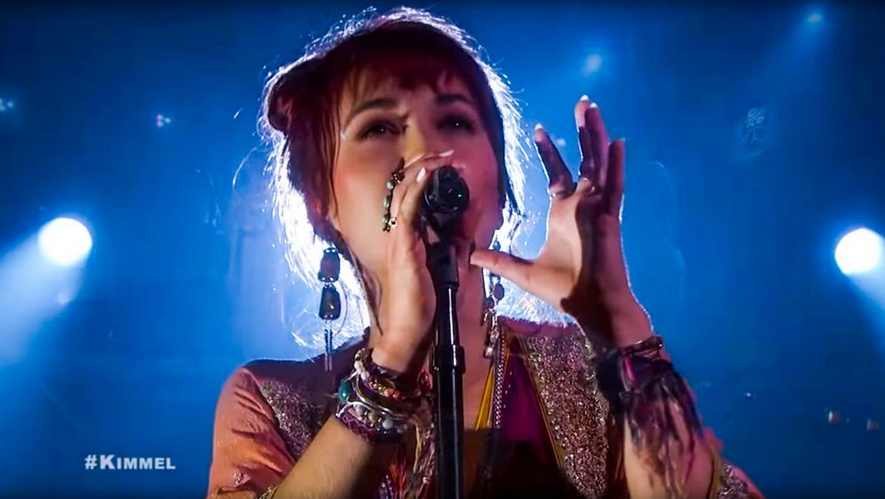 CHICAGO, IL (October 11, 2019) – Covenanters routinely share links to social media articles and videos that Covenant News Service believes may be of interest to others. Each Friday we post five of them. Following is a sample of those submissions—their inclusion does not represent an endorsement by the Covenant of any views expressed.

Lauren Daigle’s song has had broad appeal. She has appeared on ‘Good Morning America,’ ‘The Today Show,’ ‘Tonight Show with Seth Meyers,’ and ‘Jimmy Kimmel Live.’ The song also peaked at number 5 on the Adult Top 40 chart. In addition to her appearances on national TV, Daigle performed the song recently in a concert at Stateville Correctional Center, where North Park Theological Seminary offers a master of arts in Christian ministry through the seminary’s School of Restorative Arts.

From the article: “The 28-year-old Daigle, from Lafayette, Louisiana, co-wrote the song with Jason Ingram and Paul Mabury….The LP has spent 48 weeks at No. 1 on Top Christian Albums since debuting at the summit on the Sept. 22, 2018, marking the longest rule since the chart became a weekly survey.”

Joker Has Toxic Fans. Does That Mean It Shouldn’t Exist?

This article was released days before the controversial movie opened and provides one of the best discussions on art, its purpose, and social responsibility.

From the article: “Do artists and their art bear any responsibility for what happens next, once their art is in the world? To put it another way, when Warner Bros. says that the movie isn’t supposed to be ‘an endorsement of real-world violence of any kind’ and that nobody intends to ‘hold this character up as a hero,’ does that settle how the film should be received?”

The headline may seem silly, but the article emphasizes the power of listening and being present—something we can all learn from.

Dale Schroeder worked 67 years as a carpenter and lived a simple life. In death, he transformed the futures of people he would never meet. He only asked that they help others.

From the article: “Kira Conrad, who had hoped to attend school to become a therapist, was planning on telling her friends and family that she would not be able to afford college at her high school graduation party. However, before making the announcement, Conrad received a phone call from Nielsen informing her that her $80,000 tuition would be covered thanks to Schroeder.”

How to Weigh a Whale Without a Scale

The largest creatures of God’s creation are threatened with extinction. The ability to weigh them in new ways could improve their chances for survival.

From the article: “They flew a drone over whales swimming in clear water, capturing photographs when the adults and calves came up to the surface to breathe, including their backs and sides when they rolled over. From these, they were able to obtain length, width and height measurements for 86 individuals.”